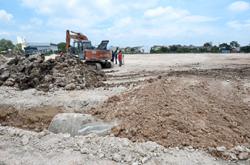 IPOH: The RM4mil Muhammadiah Mosque here is said to be the first Chinese-Muslim mosque in the country with a 100% Chinese architectural design.

The roof is imported from Longyan in China and at a first glance people may mistake the mosque for a Chinese temple. If one were to take a closer look, the inscription at the entrance states “Masjid Muham­madiah”.

Mosque committee deputy chairman Datuk Dr Fadzli Cheah Abdullah said there was a similar mosque in Kelantan, but the architecture was not 100% Chinese.

“That one has Thai architectural influence,” he said.

“Therefore, this makes the mosque in Taman Tasek Jaya the pioneer with such architecture in the country. During the fasting month, several television stations featured the mosque in their documentaries.

“And, the very next day a busload of tourists from China visited it,” Dr Fadzli told reporters during a Hari Raya function at the mosque yesterday.

The construction of the mosque began two years ago, and it now houses an air-conditioned prayer hall, a pond, garden and other facilities.

He said the place could be turned into a tourist attraction, just like what several mosques in the country were known for. 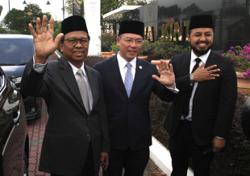