KUALA LUMPUR: A police corporal with 32 years experience on the force has been arrested after he helped a foreigner to escape from lockup. 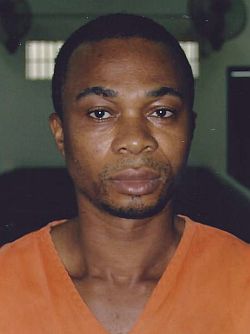 Osuji had been in detention since Aug 1 for drug possession.

KL CID chief Senior Asst Comm Datuk Ku Chin Wah said the corporal was arrested at his home on Aug 12 and his remand ends on Thursday.

"His actions will not be tolerated and I will see to it that he be charged as soon as possible," SAC Ku told reporters a press conference at the police contingent headquarters on Wednesday.

According to Ku, the corporal has previously been investigated for improper conduct and been transferred between stations a number of times.

Ku did not go into detail how Osuji's escape was perpetrated and said details would be released in court, but believed pay-offs were involved.

"We have witnesses from the personnel there and we are also investigating if procedures were followed," he said, adding the case would be investigated under Section 225 of the Penal Code which carries a seven-year jail term upon conviction.

Meanwhile, Osuji is still at large and anyone with information on his whereabouts should contact the police immediately.