Majority of teachers not proficient in English

Lively discussion: Participants listening to speakers at the ‘English Proficiency: Does the Education System Support the Needs of the Workplace?’ forum organised at G Hotel, Penang.

GEORGE TOWN: It has been revealed that two-thirds of 70,000 English teachers in the country failed to reach a proficient English level.

Education Ministry deputy director-general Datuk Dr Khair Mohamad Yusof said it was one of the two major findings of a survey which required the teachers to sit for the Cambridge Placement Test.

“When we did the initial profiling of the English teachers in Malaysia, we found that two-thirds of the teachers did not meet the proficiency level,” said Dr Khair, who was one of the speakers at a forum held at the G Hotel here on Monday.

The forum titled “English Proficiency: Does the Education System Support the Needs of the Workplace?” was held in conjunction with The Star's English For More Opportunities initiative.

Dr Khair was one of the four panellists at the forum, which was moderated by former Education Ministry deputy director-general Datuk Noor Rezan Bapoo Hashim.

Dr Khair added that the other major finding of the survey was that two in three students failed to meet the basics in English proficiency.

“This was based on the comparison of the students' results in SPM English and Cambridge 1119 standards,” he said, adding that the survey was conducted among 13,000 students.

In relation to the curriculum and teaching in line with the strengthening of the English language, he said there were various initiatives with various non-governmental organisations (NGOs) in Malaysia.

“We also have English Teaching Assistant programmes as well as contract teachers employed to teach the language.”

National Union of the Teaching Profession (NUTP) Penang branch chairman Ng Weng Tutt said the union lauded the proposal in the blueprint for the upskilling of teachers.

“The upskilling of teachers is in the right direction. After five years, teachers need to be sent for courses.

“We want the Government to upgrade all teachers, and not only from a certain group, from time to time, and also to send them for training.

“The NUTP wants the Government to have more well-trained teachers to teach English and English literature in schools,” he said.

“We support what the Government has proposed in the blueprint but there is still room for improvement.

“We are getting feedback from teachers before they are brought up to the Education Ministry,” he said. 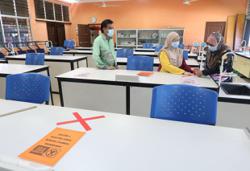 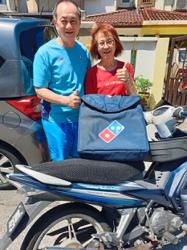