He said patrol cars should shorten their response times from the current maximum of 12 minutes.

Ismail said a patrol car within a kilometre radius of a reported crime should be at the location within four minutes. Ismail was at the handing over of 10 Proton Inspira cars to the police by Proton Holdings Bhd.

The cars worth RM160,000 each were equipped with warning lights, integrated sirens, reflective stickers with the Royal Malaysia Police (PDRM) emblem and a mobile radio telecommunication system.

Ismail said the contribution from Proton would boost the logistics resources of the police in serving the people.

He said patrol cars were important in enabling the police to perform their duties efficiently on the front lines.

The improvement in the police's response time to reported incidents is an effort towards a crime-free environment in line with the Crime National Key Results Area (NKRA) of the Government Transformation Programme (GTP). 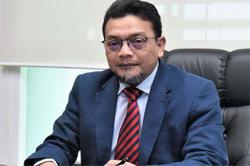