A tale of two oil blocks 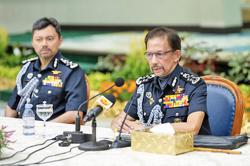 The 2009 agreement between Malaysia and Brunei over territorial dispute has come under intense criticism for supposedly putting the former at a disadvantage. But is the picture being painted the correct one?

THE historic Exchange of Letters between Brunei and Malaysia, which ended two decades of territorial dispute between the two countries, was controversial from the day one.