TNB is looking to start 1st nuclear plant by 2025 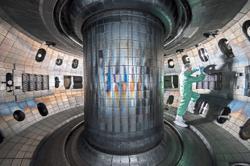 JOHOR BARU: The nation’s largest power supplier Tenaga Nasional Bhd (TNB) is looking towards starting its first nuclear power plant by 2025 once it gets the go-ahead from the government.

He noted that by 2019, current gas resources would have dwindled and the country would need to double its import of coal, making nuclear energy technology the best option forward.

To ensure reliable and reasonably priced electricity, the proven base-load nuclear option must not be precluded.

“We will be working with the Korea Electric Power Corporation on a nuclear pre-feasibility study,” he said adding that other countries which had forged ahead with nuclear power plants included France, South Korea, Canada, Germany, US, Japan and China.

Although possible locations for the nuclear power plants had yet to be disclosed, Dr Zamzam said that it was possible the country might have four plants, similar to nuclear energy driven countries like South Korea.

Dr Zamzam added that the cost of a nuclear plant will vary according to the design with the Chinese design for a 1,000 MW plant costing US2billion (RM6.9bil), while a Russian design would cost 2 billion Euros (RM9.9bil). A US design would cost approximately US$4bil (RM13.9bil).

The cost for research and feasibility could be around RM2mil, he said.

He was speaking at a media briefing on conventional and alternative energy technologies in Terengganu recently.

At present, TNB’s power generation is a mix of gas at 50 percent, coal at 35 percent, hydro at 14 percent and oil, more than one percent.

Dr Zamzam noted that nuclear power was also more competitively priced in terms of electricity compared to other energy resources and the threat of radiation risk was minimal.

Nuclear power plants have low radiation exposure, he said adding that most plants had a target radiation level of 0.05 millisievert (mSv) per year, the same radiation a person would be exposed to in a single x-ray mass examination.

He noted that with uncertain future supply and volatile fossil fuel prices, nuclear power could be viewed as a proven insurance base load power generation option, resulting in a more stable electricity tariff. 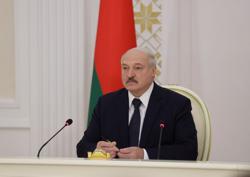