KUALA LUMPUR: Three housing developers are now constructing solar panels on 56 units of new houses in a move to generate electricity from sunlight.

Energy,Water and Communications Deputy Minister Datuk Joseph Salang Gandum said the three - Bandar Eco Setia Sdn Bhd, Senandung Budiman Sdn Bhd and Amarin Wickham Sdn Bhd have agreed to install the solar panels on the rooftops of the houses as part of the Suria 1000 programme to educate the public on solar energy.

He added the programme was introduced by the Prime Minister on June 22 last year to be implemented during the Ninth Malaysia Plan, in which developers would equip solar photovoltaic (PV) panels on the rooftops of 1,000 houses to educate the public on the potential of solar energy.

"Since the programme was launched, the unit cost of the PV system had gone down by 14%.

"The ministry is hoping that a downward trend of the costs will stimulate the development of the local solar energy production industry, which in turn will encourage more Malaysians to use solar energy in their daily lives," he told Liang Teck Meng (BN-Simpang Renggam) in Parliament on Tuesday.

On efforts to encourage the system to be used nationwide, Joseph said while the current production costs of the PV system was still too expensive for the low or medium-income segment of the public, the Government had asked the United Nations Development Programme agency and manufacturers to contribute towards the production of the system.

For a start, he said Tenaga Nasional Bhd and Sarawak Energy Bhd had agreed to purchase renewable energy units generated from solar power production to encourage the usage of solar energy among the public in Sarawak. 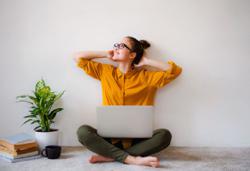