PETALING JAYA: The DAP will not impose a non-smoking clause on its candidates in the general election because the party is not the “moral guardian of the people”, said its secretary-general Lim Guan Eng.

Although people should be encouraged to quit or cut down on the smoking habit, Lim said that a person’s morality should not be judged simply by his drinking or smoking habits.

Lim, who was contacted yesterday for his comments on the statement by PAS spiritual leader Datuk Nik Abdul Aziz Nik Mat that PAS leaders who aspire to contest in the next general election must be non-smokers or quit the habit, said it was up to PAS to introduce such guidelines for their candidates.

“But we have a different approach in our selection of candidates.

“What is important is the candidate’s moral fibre,” he said.

Lim, who professes not to smoke but consumes alcoholic drinks in moderation, said it did not mean that those who smoke or drink were less moral.

“Short of being drunk and passing out on the street, morality cannot simply be judged by smoking or drinking,” he said. 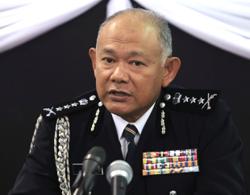