KUALA LUMPUR: Start planning for your retirement 20 years in advance. It will save you a whole lot of anxiety and worry.

“Retirement is a transition which can cause major life changes and it can be very stressful if you're not prepared for it.

“But with advance planning, it can be very satisfying and retirees can lead a very productive life,” psychologist Prof Dr Low Wah Yun said.

Retirement should be planned in advance in various aspects, including finance and healthcare, she said.

“Strategies for a successful retirement include planning for the transition, and it is not just about finances,” she said in her paper Is There Life After Retirement? at the three-day Second National Men's Health and Ageing Conference yesterday.

Dr Low, head of Health Research Development Unit at Universiti Malaya, said that being physically active and optimistic were also essential in having a successful retirement.

“There are four stages of retirement that everyone goes through - honeymoon, reorientation, stability and termination,” she said.

Malaysia's retirement age of 55 (56 for civil servants) is one of the lowest in the world.

Dr Low said there could also be a positive or negative impact on retirement, depending on the person's viewpoint and his or her state of “preparedness.”

“It is also important for retirees to keep themselves physically active, by walking, jogging or doing gardening.

“Being physically active acts as a confirmation that they are alive, can continue to face challenges and are trying out new things,” she said.

However, there is also another reason why retirees should continue to stay physically active.

In a community survey carried out on men over 50 in Selangor, Dr Low discovered that a “significantly higher proportion of retirees had heart problems, joint pains and prostrate problems” and other chronic illnesses compared to active men or those who were still working.

“People have to start changing their mindset about retirement and retirees. Those approaching retirement age should mentally prepare themselves for the transition, and others should not look at retirees as useless people.

“With preparation and the right state of mind, you can still live happily-ever-after, after retirement,” she concluded. 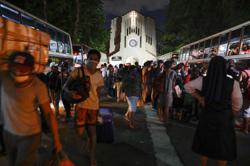 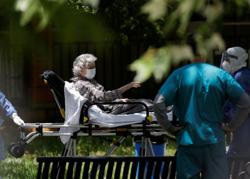