NUTP: Number of ill teachers on the rise

PENANG: The number of teachers suffering from respiratory ailments and cancer is on the rise, according to the National Union of the Teaching Profession (NUTP).

“We found that most insurance claims were for respiratory ailments. But we have yet to gather detailed information on the number of teachers suffering from serious ailments.

“The information we have so far is from insurance claims filed by teachers,” he said, adding that many teachers also had heart problems and breast cancer.

“It is puzzling that the number of respiratory and cancer cases is increasing although chalk sticks are no longer used in most schools,” said Ismail after a cheque presentation ceremony at the NUTP office at Jalan Mandalay here yesterday.

Noting that marker pens were widely used in schools, Ismail said a survey was necessary to look into the use of certain tools which might affect teachers' health.

“A survey will be carried out within the next couple of months to find out the factors which could bring about the illnesses,” he said.

He also said the NUTP would consult health authorities and insurance companies to ascertain the root causes of the ailments.

NUTP secretary-general Lok Yim Pheng said the survey would touch on factors such as workload, stress and social life.

Among those who received cheques from insurance companies at the ceremony were chronically-ill SM Union teacher Tan Kok Nee who received RM121,183.48 from Great Eastern Life Assurance.

Her sister Koeh Bee Yean, a SMK Lunas teacher, had died in a road accident in Bali in June 2003. 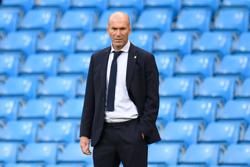