Its chancellor Tuanku Ja’afar Tuanku Abdul Rahman said it was history in the making as this was the first time the title was being awarded by UKM since its establishment 33 years ago.

“As a renowned environmentalist, Dr Mohd Sham has contributed to the corpus of information on the subject through his teaching, research and writing,” he said at the first session of the three-day university convocation at the campus yesterday.

Dr Mohd Sham was UKM’s sixth vice-chancellor until his retirement in 1998, and has previously held the Tun Abdul Razak Chair in Southeast Asian Studies at Ohio University in the United States.

Describing the award as an honour, Dr Mohd Sham said he would do his best to contribute to the university, adding:

“I just happened to be the first to receive the title. It doesn’t mean that being the first means you are the best.”

During the convocation, Azlin Sabtu and Dr Chan Khan Wei also received the Royal Education Award and the Tun Razak Award for excellent academic achievement and for being active in co-curriculum activities.

Azlin, who has spent the last four months as federal counsel with the Attorney General’s Chambers, said her dream was to become a judge.

Malacca-born Dr Chan, who graduated with a medical degree, had opted to do his housemanship at the Queen Elizabeth Hospital in Kota Kinabalu as there was a shortage of doctors there.

Ong, who is from Kuching, is now a speech and language therapist with the Sarawak Social Welfare Council.

Dr Zaireen, who is serving her housemanship at Hospital Sultanah Aminah in Johor Baru, said she delivered her first baby in her fourth year. 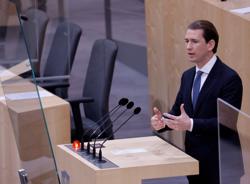 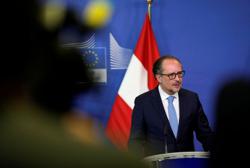