Yusry and Erra to get engaged

PETALING JAYA: A year ago they were mere friends with no romantic liaisons. Or so they claimed.

But this started the gossip and the secret is out now.

At 3pm on March 3, lovebirds Erra Fazira and Yusry Abdul Halim of KRU, two of showbiz’s most eligible bachelors, are going to be engaged.

“It is no secret that the two are one item and they are making it official now with the engagement.

“To make it more memorable, they have decided to choose March 3 at 3pm for their engagement at Erra Fazira’s family home,” said Yusry’s older brother, Norman, in a telephone interview.

The number “3” seems to hold a special significance for the couple. The gift exchange ceremony or hantaran will involve an entourage of 33 people from the groom’s side. The entourage will don red from head to toe.

On why the choice of number 3, Norman said “I think my mother is excited about the whole thing and she got carried away with the number.''

“You have to understand, it’s not easy to be Erra Fazira and Yusry, people who have been romantically linked with other artistes before.

“I know how they feel when bombarded with personal questions like ‘when are you getting married?’

“We have to give them space and allow them to make their decisions at their own pace,” he said.

He said the couple had requested that the engagement be held after their return from New Zealand where they are shooting Mr Cinderella 2, a sequel to Mr Cinderella in which they played lead roles.

Erra, 28, a Lux beauty spokesperson and 1992 Miss Malaysia, was once engaged to singer/actor Awie who later married his co-star Arni Nazira.

Yusry, 30, was romantically linked to beauties like Shasha of Elite, Juliana Banos, Wardina and Maya Karin. 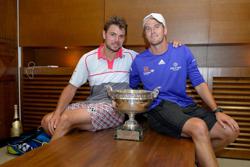 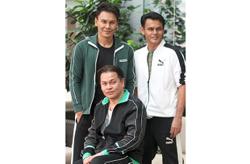 Norman: Company not the same after Edry left 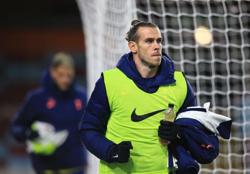