Shahrizat: Be careful of polygamy abuse KUALA LUMPUR: Polygamy, while condoned by Islam, will lead to families breaking up if those practising it stray from the rules and disregard their responsibility, says Women and Family Development Minister Datuk Seri Shahrizat Abdul Jalil.

She said being a Muslim she had high regards for the Islamic law which allowed polygamy.

But, she added that she was afraid that the practice, if carried out without clear guidelines, could lead to abuse.

“One of the reasons why the family institution breaks down is the abuse of polygamy.

“I worry about the destruction of families by those irresponsible who would not get the consent of their first wives for a second marriage and those who ignore the first family,” she told reporters at a Hari Raya open house at Pantai Dalam yesterday.

Her ministry will have several discussions with non-governmental organisations and women’s groups to discuss the impact of Islamic laws on the family institution.

Shahrizat and Mentri Besar Perlis Datuk Seri Shahidan Kassim had been involved in a verbal battle after the Perlis Government announced that it would relax its regulations on polygamy to deter married Muslims from flocking to Thailand to marry again.

“Polygamy is welcomed if there is war or famine, when widows need protection.

“Marriage itself is a responsibility and polygamy exists in Islam as a privilege to those who have the need to and can afford it, as provided for,” she said.

She added that the discussion with NGOs and women’s organisations would be about protecting the rights and dignity of not only the first wife, but the subsequent ones as well.

In Kangar, IAN MCINTYRE quotes Shahidan as saying that the Perlis Government should not be blamed for the easing of regulations on polygamy as the decision was made by the state Islamic council.

He said all state Islamic councils were independent organisations under the privy of the respective Malay Sultanate Rulers and did not directly report to the state governments.

Any criticism on the move was tantamount to criticising the Islamic council and its chairman who was the Regent of Perlis, Shahidan said at the state Puteri Umno Raya open house.

Shahidan said critics should understand that the move to ease the regulation was a sincere effort to prevent Muslim couples from marrying in southern Thailand, especially those marrying for the second time.

Of the 500 polygamy marriages in Thailand recently, about 100 were from Perlis. There were also cases where children from polygamy marriages were considered illegitimate because their parents could not produce marriage certificates.

She said the movement understood the move made by Perlis as there were mounting problems associated with Muslims marrying abroad.

Such marriages, she said, had led to administrative problems in syariah courts and social problems arising from broken marriages or women unable to get a divorce. 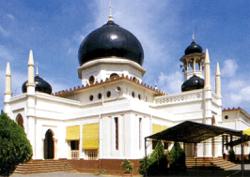 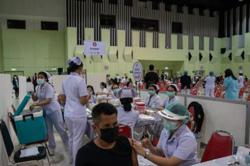