SEREMBAN: When octogenarian Md Yassin Noordin Rowther appealed for help to enable him to return to his ancestral home in Chennai, India, he had no idea that his plight would bring out the best in Malaysian society.

As it turned out, public response was so overwhelming that just hours after The Sunday Star carrying his story hit the streets, the telephone at The Star office here started ringing.

At least 60 calls, some from as far as Kota Kinabalu, Penang and Johor Baru, were received, offering assistance for the 83-year-old bachelor, with several callers saying they were moved to tears by the article.

Some even came here to meet him, among whom were acquaintances from the past.

One such person was Fadilah Edross, 43, whose late father Mohd Edross Mohd Yassin, an imam, had provided Md Yassin with food and shelter when he was fleeing from the invading Japanese army during World War II.

Fadilah said she and her two brothers decided to drive to Seremban after recognising Md Yassin's picture.

“Uncle (Md Yassin) was very kind to me when I was a young girl. He used to buy me toys, balloons and ornaments,” she said.

Fadilah, who now lives in Mont Kiara, Kuala Lumpur, said Md Yassin had also taught her brothers to keep the mosque clean and to be meticulous during prayer time.

In an emotional reunion at The Star office here on Monday, Md Yassin, with tears in his eyes, took out two inflated balloons and slowly handed them to Fadilah.

“Uncle is now old and has no money to buy you toys, but please accept this small gift.

“Your family was very kind to me when I had nowhere to go. I will never forget what your father did for me. Terima kasih (thank you),” he said.

In 1938, Md Yassin came to Malaya as a 19-year-old, several months after undergoing training with the Madras Corps in the British Army, and met his friend, fondly known as “Leong Fook,” during a training stint in Rasah.

Since his close friend's demise last month, he yearned to return to his village in Chennai to spend his twilight years. 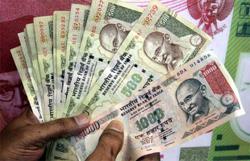