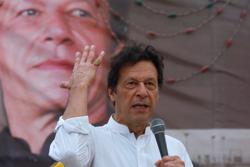 Down, not out: Khan addressing the media at a hospital in Lahore on Nov 4, a day after surviving an assassination attempt. The incident and Khan’s accusation that it’s a plot involving a senior intelligence officer has pushed Pakistan into a ‘dangerous phase’ politically, analysts say. — AFP

IMRAN Khan’s latest change of tack has caught his opponents by surprise.

For months, Pakistan’s federal government has braced itself for a siege by supporters of the ousted PM, and had been reinforcing security around the capital. But the decision by Khan’s political party PTI (Pakistan Tehreek-e-Insaf) to call off the march and dissolve the Punjab and Khyber Pakhtunkhwa assemblies instead has changed the entire scenario. 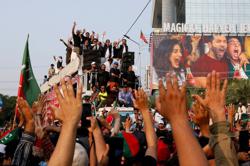