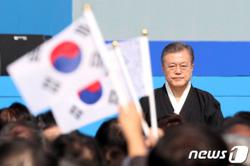 Former president Trump greeting the crowd at a rally on Jan 6, 2021, in Washington DC. — TNS

IN a powerful warning on June 16, the patron saint of the conservative legal movement in the United States, former federal appellate judge J. Michael Luttig, testified before the Jan 6 Committee and pronounced former president Donald Trump and his allies a “clear and present danger” to American Consti-tutional democracy. As Luttig knows better than most, this historic phrase generates an extraordinary Constitutional power of government to act – and a duty to do so.

Luttig’s verdict should be understood as a plea for US Attorney General Merrick Garland to proceed toward charging Trump with federal crimes that the public record now amply establishes. Only then will the United States be able to move forward from the ongoing insurrection.

Beyond the avalanche of documents and testimony pointing to Trump’s guilt and the principle that no one is above the law, there is an additional reason to indict Trump for his multifaceted conspiracy in 2021 to override the vote. Upon a conviction for inciting insurrection, or being an accessory to insurrection, Trump would be subject to disqualification from acquiring federal office.

There is ample evidence that Trump’s objective was the success of the insurrection on Jan 6, 2021, when a mob attacked the Capitol Building in Washington DC in an attempt to overturn the vote that put Joe Biden in office.

Among that evidence was his three-hour delay in calling on the attackers to go home and his vengeful tweet demeaning vice president Mike Pence after Trump knew that the savage invasion of the US Capitol had begun.

Even without a direct charge of insurrection, allegations of such insurrectionist activities in an indictment for conspiring to defraud the United States or to obstruct an official proceeding or for seditious conspiracy might suffice for 14th Amendment disqualification if Trump were convicted.

Holding Trump accountable – and disqualifying him from future office – would not be a partisan act, but one needed to preserve the republic. Without a prosecution of Trump, here are three things that seem sure to happen if he were allowed to run again and either be lawfully elected or succeed in installing himself in office despite defeat in the electoral college, as he attempted to do in 2020:

The end of elections in which a majority of voters choose their leaders – As Judge Luttig put it at that Thursday’s hearing: The clear and present danger now is because “to this very day the former president and his allies and supporters pledge that in the presidential election of 2024, if the former president or his anointed successor as the Republican Party presidential candidate were to lose that election, they would attempt to overturn that 2024 election in the same way that they attempted to overturn the 2020 election.”

Republican-controlled state legislatures are already institutionalising election sabotage – with GOP election officials determining election results no matter the vote winner. More than a dozen “election deniers” like Jim Marchant, who just won the Republican primary for secretary of state in Nevada, are GOP nominees for secretary of state and other election-controlling positions.

So even though Trump won’t hold the levers of presidential power in 2024 the way he did in 2020, he won’t need to: His allies and his disinformation are putting officials in place around the country who will certify his win whatever the vote.

The use of the military for domestic control – Trump’s administration deployed military helicopters in an unprecedented show of military force over peaceful demonstrators whom police attacked in Washington’s Lafayette Park in July 2020. Retired military leaders excoriated the abuse.

You don’t have to be a clairvoyant to imagine how military force against political foes – and restraint of force to protect violent supporters – will be used if Trump regains office.

The end of accountability – On June 17, in Nashville, Trump said that if re-elected, he would consider “very, very seriously” pardoning all the participants in the Jan 6 insurrection.

That could clear more than 310 insurrectionists who have pleaded guilty or been convicted at trial. Deterrence of future violence depends on judicially imposed sanctions. Trump would remove them, signalling that violent extremism in defence of Trump is no vice.

If he returns to the White House, he will install his people in the Justice Department and turn the machinery of prosecution against his enemies and toward protecting his friends and his schemes.

And should Trump get an encore, look to pre-World War II Germany for a mirror. A failed coup in 1923 taught Hitler a better route to dictatorship nine years later.

Those who repeat history are doomed to learn it. The hard way. – Los Angeles Times/Tribune News Service

Laurence H. Tribe is professor emeritus of Constitutional law at Harvard. Phillip Allen Lacovara was deputy solicitor-general of the United States, counsel to the Watergate special prosecutor, and argued the case of United States vs Nixon that saw the former president resign. Dennis Aftergut is a former federal prosecutor and currently of counsel to Lawyers Defending American Democracy. 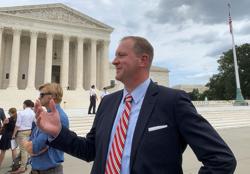