Russia is causing bloodshed in Myanmar, too 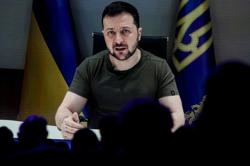 Myanmar’s military in an Armed Forces Day parade in Naypyitaw last year. It has been reported that the military – equipped with deadly weapons from Russia – has tortured and killed thousands of civilians, especially the country’s ethnic and religious minorities. – Agencies

MY heart breaks as I watch Russian planes bombing civilian homes, displacing millions of refugees and committing crimes against humanity in Ukraine. Four thousand miles away from Ukraine, in my home country of Myanmar (also known as Burma), Russia has been complicit for decades in the violence of the Burmese military against its own citizens.

The military’s violent campaign reached new levels in February 2021, when it staged a coup against the democratically elected government. Since then, the Myanmar military – equipped with deadly weapons from Russia – has tortured and killed thousands of civilians, especially the country’s ethnic and religious minorities. One of the more shocking cases occurred on Christmas Eve, when more than 35 ethnic Karenni civilians were burned alive by the military.

These horrific events are not unprecedented. My aunt and uncle were among the Burmese military’s victims in the late 1970s. My aunt was gang-raped and tortured in front of my uncle. My uncle’s skin was sliced and rubbed with salt and chili. I was forced to leave my beautiful village to escape the state-sponsored violence on January 28, 1995. That was the last time I saw my home.

Sadly, the military has faced no significant consequences for its crimes, which continue to this day, including genocide against the Rohingya people and other ethnic and religious minorities. Just as the failure to stand up to Russian President Vladimir Putin’s invasion of Crimea helped lead to the crisis in Ukraine, the failure to hold the military in Myanmar accountable has emboldened it to escalate violence against the nation’s people.

Since the coup, the Myanmar military has been conducting airstrikes almost every day, especially at night when people are sleeping, to maximise the number of deaths and injuries. Nearly 900,000 people have been forced from their homes. The military has deliberately targeted health care facilities and places where people have fled to for protection. And it is using Russian weapons to do it.

Thomas Andrews, United Nations Special Rapporteur on the situation of human rights in Myanmar, recently documented the wide range of weapons Russia is selling to the military, including a shipload of military vehicles in January and two more SU-30 fighter jets in March. These are the same fighter jets Russia is using in Ukraine.

In exchange, the State Administration Council set up by the military in Myanmar is one of the few entities around the world to endorse Putin’s unprovoked invasion of Ukraine.

US Secretary of State Antony Blinken has taken a historic step in March by officially declaring that the Myanmar military has committed acts of genocide against the Rohingya people. But this long overdue decision did not include any practical action in response to this genocide.

The US government must take tangible action to hold the military in Myanmar accountable. Passing the Burma Act, introduced in Congress last year, would ensure accountability for the junta and justice for its victims, as well as provide direct support to the nation’s people. The Biden administration must also support The Gambia’s case before the International Court of Justice, arguing that Myanmar violated the Genocide Convention.

The global community has taken swift action to sanction Putin and the cronies who support him, showing what can be done when political will is united against injustice. Just a fraction of the action taken against Russia and in support of Ukraine would be transformational in our struggle for democracy and human rights in Myanmar, and at much less economic cost to the United States.

Myra Dahgaypaw is a human rights activist, a former internally displaced person and refugee from Karen State in eastern Myanmar, and the senior partnership officer for International Justice and Accountability at the Unitarian Universalist Service Committee. 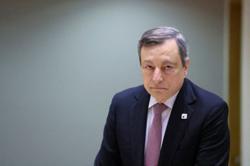 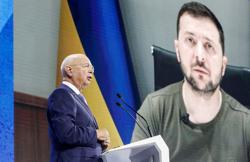