Black sheep: On Jan 13, Prince Andrew was stripped of all his royal patronages and military affiliations, including the use of the His Royal Highness title – with the queen’s approval. – AFP

THE British monarchy can be ruthless and decisive when it thinks its survival is at stake.

For many years the heir to the throne, Prince Charles, advocated a slimmed down royal family – keeping official duties to a select core of the clan. But he found himself blocked by his mother, the Queen, who protected the status of his younger brother Andrew, the Duke of York. That is until the duke’s behaviour became a live issue in the 2019 general election.

In a televised debate between Prime Minister Boris Johnson and Jeremy Corbyn, the audience applauded as the Labour Party leader criticised the royal family. Fresh in everyone’s minds was media coverage of Andrew’s friendship with Jeffrey Epstein, the New York financier who had committed suicide in prison earlier that year after being charged with sexual offenses. Johnson’s blanket defence of the royals was heard in silence.

Corbyn would be trounced at the polls but the Queen moved swiftly to protect the institution of the monarchy. The Duke of York is often referred to as “her favourite son” but she stripped him of all his official public duties and the shutters came down at his private office at Buckingham Palace.

On Thursday, he was stripped of all his royal patronages and military affiliations, including the use of the His Royal Highness title – with the queen’s approval.

The announcement came a day after a US district judge rejected Prince Andrew’s motion to dismiss a lawsuit brought by Virginia Giuffre, alleging that he sexually abused her when she was 17.

He now has to face the civil suit in a New York court alleging sexual assault against Giuffre, now 38. The Duke of York categorically denies the accusations. 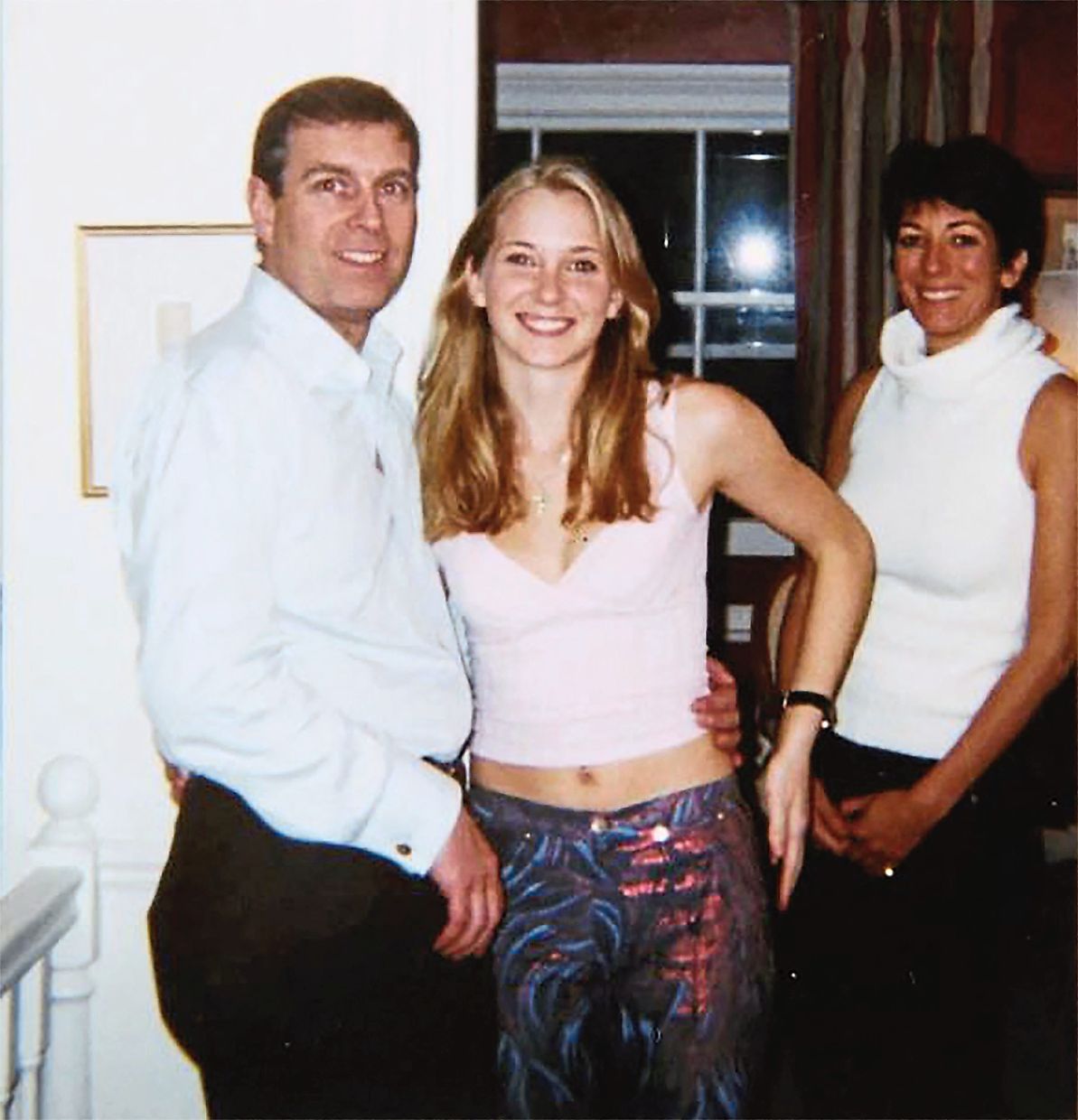 An undated handout photo taken at an undisclosed location and released on August 9, 2021 by the United States District Couty for the Southern District of New York showing (from left) Prince Andrew, Virginia Giuffre, and Ghislaine Maxwell posing for a photo. – AFP

Excruciating embarrassment aside, why are the royals so nervous that one black sheep could damage the popularity of the entire fold? After all, opinion polls show the British approve of their monarchy by a wide margin – republicans don’t even dare attack the universally respected 95-year-old woman who heads it. Other trends also favour hereditary heads of state.

An influential new book, Corruptible, by Washington Post columnist Brian Klaas, argues that, in the modern era, a diminishing number of normal people are attracted to leadership roles in politics. The intrusion of social media and the 24-hour news cycle demand unacceptable personal sacrifices. Democratic societies are therefore increasingly governed by power-hungry “oddballs.” That development favours a wholesome royal family which stands above the tainted political class and takes its ceremonial obeisance. As they make no promises, the royals can’t lose popularity by breaking them either – unlike their prime ministers.

Those favorable opinion polls, however, have a sting in the tail. Younger British people in the 18-24 age group are least likely to support the monarchy’s retention. The Palace, always on the alert to danger, knows it cannot afford to rest on its laurels. Prince Charles will inherit the throne at an advanced age and he already expects a younger generation to share his duties.

In Kate, the wife of his level-headed eldest son Prince William, the monarchy has a star in the making. The Duchess of Cambridge is not an aristocrat but a commoner who looks like a prettier version of the girl next door. However, The Firm, as the royal family calls itself, found it could not contain the talents of a real superstar, Kate’s American sister-in-law, Meghan, Duchess of Sussex, who decamped with husband Prince Harry to California in disgust at royal protocol and press hostility. Recently Meghan won her legal costs for a bitterly fought privacy action against a London newspaper. She received a derisory £1 in damages and she had to apologise to the judge for discrepancies in her testimony.

Meghan’s departure was a loss: She appealed to young, diverse Britain. But Kate’s ordinary glamour in the long run will serve the Royal Family’s interests better. Prince Andrew can neither fit in with this younger monarchy nor, to the palace’s dismay, can he be removed from the limelight. The ramifications of his friendship with Epstein won’t go away.

Nowadays The Firm can take divorce, dynastic rows and disputes over money in its stride – these are storylines familiar to every family soap opera – but tales of Epstein’s circle of rich, powerful men and underage women are beyond relatable experience for most Britons. And in the age of #MeToo, the Duke of York’s links to Epstein nauseate the youthful demographic that the monarchy is trying to woo.

Prince Andrew’s legal team – his mom is picking up the tab – was involved in increasingly desperate legal maneuvers to close down Giuffre’s civil suit. She claims that when she was 17, she was offered for sexual services to the Duke of York by Epstein and his former girlfriend and associate Ghislaine Maxwell, recently convicted by a New York jury for sex trafficking (she is looking for a retrial).

Prince Andrew’s bizarre explanations for events given in a disastrous BBC interview have only made matters worse. He can’t recall having met Giuffre despite the evidence of a photograph taken at Maxwell’s house that shows him with his arm around her (his friends say it must be a fake). He also claims that Giuffre’s testimony of his perspiring must be wrong because, while serving as a pilot in the 1982 campaign to retake the Falkland Islands from Argentina, his sweat glands were permanently damaged.

Prince Andrew’s service in that war was genuinely heroic: He flew his helicopter as a decoy to attract enemy missiles away from British ships.

He is also innocent unless proven guilty. That said, the court of public opinion in the UK is against him and is unlikely to change its mind. Speculation is mounting that Andrew’s team will be forced to settle with Giuffre – without an admission of liability – in order to spare him the humiliation of a trial.

All the while Buckingham Palace can only look on in horror. All royals must live a life less ordinary, but the Duke of York is embroiled in a scandal beyond ordinary experience. – Bloomberg

Texas school shooting was 'incomprehensible'?
Will the new president end South Korea’s cycle of ‘political revenge’?
Mental health: Time will heal us all
Mental health: Keeping it strong as we move along
Mental health: ‘Focus on what you can control’
How Covid-19 created a universal midlife crisis
#BreakTheBias: Would ‘menstrual leave’ create a backlash against women in the workplace?
Cryptocurrency crashes take a mental toll on young South Korean investors
Save Odesa to save the world from hunger and high food prices
Available, accessible, affordable food for all