The QUAD adjusts towards Asean 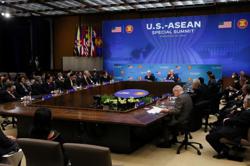 Strategic talk: US President Joe Biden (left) and US Secretary of State Antony Blinken (second left) attending a virtual QUAD meeting with leaders of Japan, Australia and India in the White House in March 2021. ­— Bloomberg

IN September 2021 Asean centrality was challenged: The QUAD, the most potent regional arrangement without Asean, held its second summit within a year on Sept 24.

(The Quadrilateral Security Dialogue, aka the QUAD, is a strategic security dialogue among the United States, India, Japan and Australia.)

Prior to that, a security alliance involving Australia, the United Kingdom and the United States – Aukus – emerged on Sept 16.

All this was a clear move against China and caused consternation among Asean countries, which did not have a coordinated response. Some welcomed it, some were ambivalent and others apprehensive that it would stoke US-China contention further.

Aukus shows that the United States is intent on enhancing its strategic shift into the Indo-Pacific. It does not seek to convert the QUAD but invigorate existing allies, the UK and Australia.

There are several trilaterals in the region and many overlapping plurilateral groupings, mostly linked to the United States as it seeks to contain China. The Japan-US-India, and the US-Japan-Australia infrastructure trilaterals are among these. The India-Japan-Australia Supply Chain Resilience Initiative is a more focused trilateral.

All these are beyond Asean as they are efforts within the Indo-Pacific region.

The possibility of inviting the UK or France or others from outside the region into the QUAD seems remote. They may associate for common objectives but the QUAD for now will remain informal and within countries of the Indo-Pacific.

These countries seek to challenge China’s expansion in the region. This is different from Asean’s strategic adjustment with China in a space critical to others too.

The QUAD summit showed that all four members – India, Australia, Japan and the United States – have committed firmly to its objectives. The summit announced a creative partnership in sectors of connectivity and infrastructure, emerging technologies, climate action, education, and, above all, Covid-19 responses. The last includes vaccines collaboration, and resilient and reliable supply chains in semiconductors and other critical technologies. It is now a partnership for sharing capabilities for the common good.

A major feature of the summit was its adjustment towards Asean. At the March virtual summit last year, there was strong support for Asean unity and centrality and for its Indo-Pacific policy. The joint statement that emerged underscores “our dedication towards working with Asean and its member states – the heart of the Indo-Pacific region – in practical and inclusive ways”.

Such “adoration” of Asean and its centrality in the Indo-Pacific has not been heard from the QUAD before. This certainly softens the perceived blows to Asean centrality back in September 2021.

Statements by India and the United States also said the QUAD is not a military alliance. And, certainly, with the two QUAD summits the focus has shifted to a modern developmental partnership.

The Malabar naval exercises and maritime security efforts among members of the QUAD are now differentiated from regular QUAD activity. The QUAD is making itself more palatable to Asean, signalling that associating with the inclusive QUAD will not force Asean into defence relationships. Adopting a developmental trajectory and keeping the security aspects separate, the QUAD reaffirmed support for Asean’s Indo-Pacific outlook.

Besides these calming approaches, the QUAD announced a policy of collaboration. Three sectors have been mentioned since March: climate, Covid-19, and critical technologies. Now space, cybersecurity, and resilient supply chains have been added to build a partnership of high standards. Infrastructure, semiconductors, 5G, vaccines, and new technologies will all enhance the post-pandemic prosperity of the Indo-Pacific region.

The QUAD believes that as Asean is at “the heart of the Indo-Pacific”, the common good that will emerge from these initiatives will include Asean as a partner. Asean will not be invited to join the QUAD. Instead, the benefits accruing from collaboration will be offered.

Among the early harvests should be vaccine production, which has been established in India through QUAD partnership. About 1.2 billion doses are expected to be shared with the Indo-Pacific in 2022. Aus-tralia offers A$219mil (RM6.6mil) for vaccine distribution in the region and a similar grant to purchase vaccines for South-East Asia and the Pacific. India will finance 500 million doses. These would directly benefit Asean countries.

The QUAD now manifests functional collaboration to contribute to the new order focused on the Indo-Pacific. With Asean clearly at its core, it will support Asean regional leadership and initiatives.

The QUAD has decided to have an annual summit, and an annual foreign ministers meeting. These are likely to be held on the sidelines of major events like the United Nations General Assembly. They could very well happen around the East Asia Summit, as all four QUAD countries are members of the EAS.

The QUAD will seek a ring of prosperity and contemporary partnership in the Indo-Pacific and share this with Asean. It is up to Asean countries to choose to engage individually, collectively or not all with the alliance. The QUAD, I believe, is reaching out in benign ways. – The Jakarta Post/Asia News Network

Gurjit Singh is a former Indian ambassador to Indonesia and Asean. 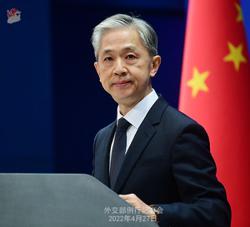 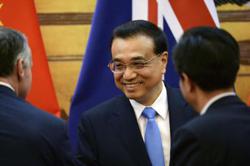