Exciting wave: The new programme is designed to support the entry of foreigners eager to learn about the Korean culture and entertainment industry including the country’s traditional cuisine. – Agencies

AIMING to further cement its rising global profile as a soft power nation, South Korea is set to introduce a new visa programme this year to draw global cultural talents.

Dubbed the Hallyu visa in reference to the Korean Wave of films, TV dramas and music sweeping across the world, the new programme is designed to support the entry of foreigners eager to learn about the Korean culture and entertainment industry.

A senior Justice Ministry official explained that those who plan to stay more than 90 days in Korea and who enroll in entertainment-related education here will be eligible.

“The Justice Ministry has been pushing for the Hallyu visa programme on the back of soaring demand for education on Korea’s cultural content, to add further momentum to the Korean Wave and support the pandemic-hit local culture and music industry,” the official told The Korea Herald.

Further details of the new program will be confirmed hopefully in the first half of this year, including the maximum length of stay to be granted and other specific requirements such as age, the official added.

Excitement is already building among watchers of Korea on social media.

James Welsh, a 32-year-old beauty YouTuber with more than 1.3 million subscribers living in Hampshire, England, is among them.

The Briton said he got into the world of Korean cosmetics 10 years ago via a Nivea lip balm advertisement and a trip to Los Angeles, where he discovered Korean skin care brand Nature Republic.

“It was refreshing to see men are well represented in Korea’s cosmetics industry and ingredients used in Korean beauty products have kept me interested for over 10 years,” he said.

If granted the Hallyu visa, he would like to learn about Korean culture and the cosmetics industry, and perhaps later start a career in Korea, he added. 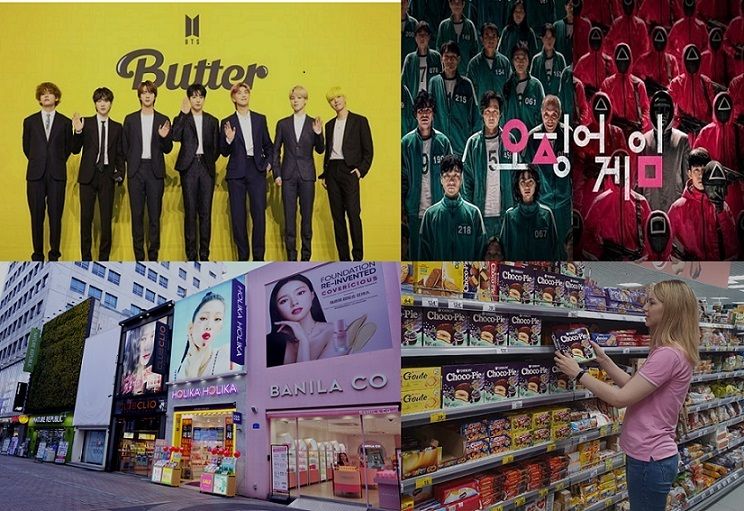 Anna, 27, from the YouTube channel Prague Anna, said the new programme will open doors to Hallyu fans in her country to experience Korea firsthand.

“Many go to Korea for working holidays or language exchange programmes. And from what I have heard, an E-6 visa (a long-term work visa for the culture and entertainment sectors) is difficult to get due to its strict requirements. So (the Hallyu visa) will enable more foreigners interested in Korea to study and live there,” she said.

Anna stayed in Korea for about six months in 2018 as an exchange student at Hankuk University of Foreign Studies and her YouTube channel features videos about Korean cuisine and media content.

International students currently in Korea are also hopeful that the new visa will bring new opportunities for them.

Yue, a 29-year-old Chinese national from Harbin enrolled at Kyung Hee University’s graduate school of Korean Language and Literature, is looking forward to the new visa, as she hopes to work in the Korean film industry after graduation.

“It’s been almost five years since I came here. Chinese students like me usually go back to China to find jobs after earning degrees in Korea,” she said.

She expressed hopes that the Hallyu visa would give Chinese students like her more time in Korea to prepare and look for jobs.

Singh, 31, an international student from India at Yonsei University’s graduate school of international studies, said that “the new scheme will excite foreign influencers on Instagram, TikTok or YouTube who produce contents about Korea.”

“Before arriving here in 2019, I watched many videos of Korean language, food and beauty products on YouTube posted by foreign nationals here. They helped me understand many things about the country.”

Despite the anticipation and excitement, the actual implementation of the envisioned visa will largely depend on the Covid-19 pandemic situation, according to an official at the South Korean Embassy in the Philippines.

The Southeast Asian country is where many of the current E-6 “artist and entertainer” visa holders are from.

“The Philippines has been designated by the Korean government as one of the countries subject to quarantine reinforcement since April 2020, so the issuance of visas for entering Korea is restricted. Demand for the Hallyu (visa) will depend on the virus situations,” the official said. – The Korea Herald/Asia News Network