Children take part in a rally to spread public awareness on eliminating violence against children in Indonesia. – The Jakarta Post/ANN

WE have learned in the last 20 months or so that the government still needs to do more to provide safe spaces for our children.

Domestic violence has increased as a result of various restrictions on activities outside the home. While the government is trying to protect its citizens from the coronavirus when meeting people outside their homes, our children are being exposed to violence through online media, the very tool that should be helping them to learn. Not to mention, parents are experiencing higher stress levels as a result of the changes and uncertainties the pandemic has generated.

So where should our children seek safety if they fall victim to abuse and violence at home? Many regulations on child protection have been developed and implemented. They have been enacted at the national and provincial levels down to the village level. Many regions also claim to be child-friendly simply because they have met the checklist, which only covers physical facilities.

Many forget that being child-friendly entails more than just providing children with a playground to play in and books to read. Being child-friendly requires continuous efforts in changing the behavior of the adults around them so they are empowered to make their home a safe place for their children to live and grow.

In 2020, Wahana Visi Indonesia (WVI) conducted a child-led research study in several areas across the country, including the regencies of East Sumba, Sikka and Ende in East Nusa Tenggara, the Bengkayang and Sambas regencies in West Kalimantan, as well as the municipalities of North Jakarta and East Jakarta in the nation’s capital.

The children participating in the study worked on a variety of issues, including parental psychological abuse, school dropouts, child marriage, child labour and the impacts of Covid-19 on children. Before going out into the field, the children were taught about child protection, research methods, report writing, advocacy and topics related to social change.

It is critical to involve children as leaders and primary researchers in a study, because this fulfils children’s right to participation. Our children are not pawns whose opinions are formed or determined by adults. Our children have their own ideas and views. Children have the right to express themselves, especially when it comes to the issues that directly affect their lives.

The results of the WVI study corroborated the findings of other studies on violence against children published in various journals. Children who are victims of parental psychological abuse do not improve. Instead, they become angrier and are more likely to become perpetrators of psychological abuse against their own children.

The report from the participating children in Ende is the most heartbreaking. Titled We Want to be Forgiven and Loved, their field report demonstrates unequivocally that children neither enjoy nor benefit from parental abuse. While parents use the excuse that the abuse and violence are a form of discipline and love, the child only feels unloved. After they had completed their reports, the participating children were given an opportunity to present their research findings to policymakers. Unfortunately, according to the feedback we received from the children, neither lawmakers nor representatives of public service agencies appeared to take their findings seriously.

“They listened casually while playing on their phones,” one of the children recalled. If adults, particularly decision-makers, react in such a way, who will set a good example for children? Will ignorant leaders also appear in our future reports?

We adults unconsciously teach children through our actions, actions that could potentially lead to violence or abusive behavior, such as indifference, belittling and other negative treatment. Many people believe that abuse and violence only occur in extreme cases that the legal system must deal with, whereas in fact, a lot of violence us going on all around us.

We may even be a perpetrator. Children are affected by even minor acts of violence. We have gone through the period that children today are currently experiencing.

Maybe we should take a step back every now and then, or even more frequently, and imagine what we would have done if we had received the same treatment at their age. We can begin by advocating for the elimination of violence against children.

Children, as the Ende report headlined, simply want to be forgiven, so forgive them. Forgiveness not only brings peace of mind, but it also prevents prolonging the cycle of violence. Perhaps we were subjected to a similar type of violence in our childhood. Now is the time for us to also forgive and move on. How many generations will it take until our children can live on a safe planet where their rights are respected and fulfilled, if we don’t start now and from ourselves?

The new year is perhaps the right time to commence this endeavor. Creating a safe home and environment for our children must be one of our resolutions for 2022. – The Jakarta Post/ANN 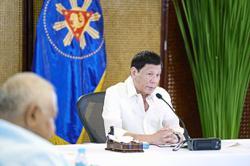