The youngest ever Opposition leader in South Korea is destined to make his mark in history including a possible takeover of power from the current leftist rulers. — Agencies

It is no surprise that the 36-year-old prodigy who majored in computer science and economics at Harvard University is so well versed in today’s digital culture and technology that he made a profitable investment in the virtual money market. It was rather admirable, in fact, that he had time to do so amidst the rigours of the leadership contest that immediately followed the People Power Party’s landslide win in mayoral by-elections in Seoul and Busan. The victories came after he had been given just two years to manage the part. The youngest ever Opposition leader is destined to make his mark in history including a possible takeover of power from the current leftist rulers.

An Opposition surge has continued after the vote in South Korea’s two largest metropolises with the People Power Party outrunning the ruling Democratic Party of Korea in popularity polls for the first time in four years. But the outlook for a candidate for the March 9, 2022, presidential election is still hazy because Lee can’t run as he doesn’t meet the minimum age requirement of 40.

Lee’s rise to Opposition leadership has signalled the rush towards the political stage of the younger “20-30” generation in Korea. They began asserting themselves as the main protesters in demonstrations against former president Park Geun-hye’s misrule in late 2016. After four years, they have become the core complainants against the present Moon Jae-in government.

It is unfortunate that the latter part of Moon’s five-year rule coincided with the raging coronavirus pandemic on top of poor results of his ineffective economic policies. Jobs disappeared across the board, more seriously in the youth’s domain of service work, and government handouts mainly benefited the older population. Galloping apartment prices under short-sighted regulations pushed young wage earners into despair because housing ownership is farther away.

Korea’s younger generation traditionally tilts to the left while right- wingers rely on the sympathy of the older populace. However, Moon’s failures changed the direction of political dynamics in Korea. Generational stereotypes are no longer evident – and Lee seized the opportunity for his ambition.

A new age is arriving and pundits are seeing the need for the traditional right-wing force to give up their regional and generational bases. The conservatives have remained defensive following democratic reforms in the late 1980s as they have inevitably been regarded as reactionaries to political progress. Winning and losing power alternately and undergoing divisions and mergers, the right-wing force kept changing their name time and again over the years until settling on the People Power Party after the staggering defeat in Assembly elections last year. 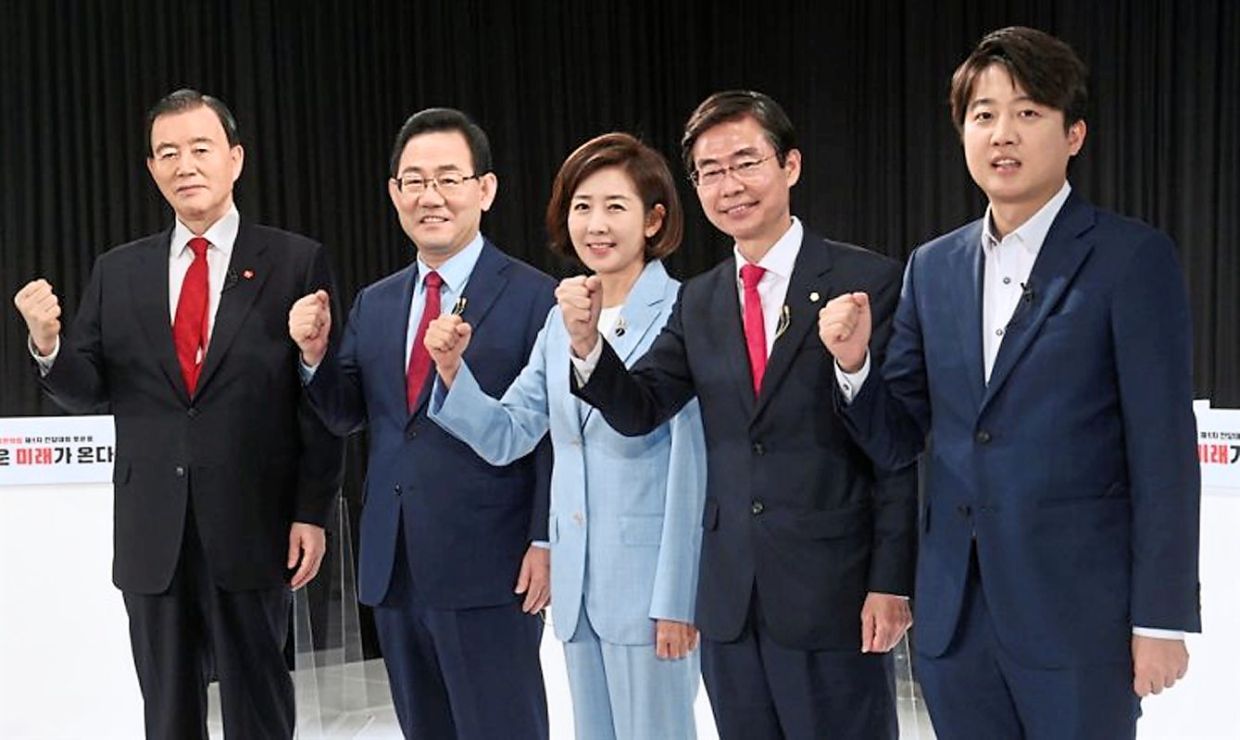 Lee (far right) with the other candidates running in the main opposition People Power Party's chairmanship election earlier this month.

The party now has to search for a presidential candidate from outside the rather than inside, as its uneven history has depleted its leadership assets. The first order of business for chairman Lee is to invite former Prosecutor-General Yoon Seok-youl and the centrist Ahn Cheol-su to join the his party and stage a spectacular nomination race.

As the stature of Yoon looms large aided by the Lee Jun-seok phenomenon, the ruling camp is concentrating on exposing any dirty linen in the former top prosecutor’s personal life and impropriety in his role as the top hunter of the “past evil” during the early days of the Moon’s rule. Yoon will have his first taste of politics when he defends himself against the mudslinging.

In countering the leftist offensive, the People Power Party and supporting right-wingers should keep two principles: First, they should never compromise their moral high ground, and second, they should be flexible about their conservative values. Half of the reason for the Moon administration’s loss of the people’s trust is the moral degradation of its star figures and the other half is the miserable outcome of its ideology-dictated economic policies.

The coming presidential polls in March and local elections in June 2022 will be an exciting time because parties will abandon traditional criteria in the nomination process and much emphasis will be placed on the ability to communicate with younger voters. Those who know the language of the digital culture and are comfortable playing with its products have a clear advantage.

Lee is opening a new chapter in Korean politics which drives people to seek power not just for power’s sake but in pursuit of fresh ideals. The beautiful irony is that Lee represents not a progressive party but a conservative one. – The Korean Herald/Asia News Network 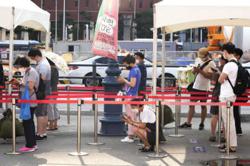 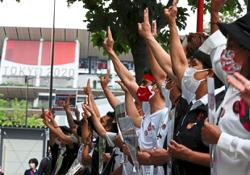