Dutertismo: The myth of ‘political will’ Mind games: The idea that a strong-willed and single-minded leader can solve complex 21st-century policy challenges is one of the most dangerous myths of our era. — Reuters

THE concept of “political will” is arguably among the most resonant catchphrases in Philippine’s national discourse. And yet, the concept remains one of the most confounding and abused terms in our political lexicon. Long-time mayor Rodrigo Duterte’s meteoric rise to power was not based on any specific set of empirically verifiable public policy arguments. Instead, it was driven by the incessant claim that he, and he alone, had the “political will” to save the country from apocalypse.

Some scholars have recently tried to explain “political will” by defining it as “the extent of committed support among key decision-makers for a particular policy solution to a particular problem.” But as political scientist Linn Hammergren lamented more than two decades ago, “[it’s] the slipperiest concept in the policy lexicon, ” and “is never defined except by its absence.”

The idea that a strong-willed and single-minded leader can solve complex 21st-century policy challenges is one of the most dangerous myths of our era.

Perhaps no modern leader was as reliant on “political will” as China’s late strongman, Mao Zedong. With the death of Joseph Stalin, China’s “Great Helmsman” saw an opportunity to turn himself into the penultimate leader of the communist world. Yet, Mao’s China was an impoverished, backward society still reeling from decades of civil war and years of brutal Japanese occupation. In one of the most audacious attempts at using “political will” alone to defy the laws of economics, Mao launched the so-called “Great Leap Forward” to accelerate China’s industrialization.

Conceived in the summer of 1957, the program was meant to transform China from an agricultural nation to an industrial powerhouse overnight. The Chinese strongman thought that, in just a matter of 15 years, it was possible to overtake industrialized nations such as Britain, which had experienced industrial revolution more than a century earlier.

As Mao’s biographer Jung Chang explains, “Mao’s rule was best understood in terms of a medieval court, in which he exercised spellbinding power over his courtiers and subjects.” Personalistic rule trumped sound policy.

Although large masses were under the spell of his charismatic leadership, Mao’s delusional ideas met resistance among knowledgeable bureaucrats. Huang Jing, chairman of a commission on technological development, was forced into suicide, while defense minister Peng Dehuai was purged after exposing the extent of Mao’s disastrous policy in the 1959 Lushan Conference among party leaders.

As predicted by experts, the “Great Leap Forward” turned into the “Great Chinese Famine, ” the worst in human history. Yang Jisheng, a senior reporter for state media Xinhua, estimated the eventual death toll at 36 million people. In a more recent study, Hong Kong-based scholar Frank Dikotter argues that “The death toll stands at a minimum of 45 million excess deaths.”

Mao later tried to export his disastrous model of political voluntarism to neighboring countries. Among his most ardent protégés were notorious Khmer Rouge leaders Ieng Sary and even more notorious Pol Pot, who reassured his Chinese mentor that “we will be sure to act according to your words, ” and reiterated how the “works of Chairman Mao have led our entire party.”

What followed was another mindless voluntarist campaign, which claimed the lives of up to a fourth of Cambodia’s population in the name of a “Year Zero” Maoist utopia.

Authoritarian populists are no Mao or Pol Pot. And yet, they tend to also over-rely on “political will” and personal charisma, while their actual decision-making tends to be similarly erratic and highly personalised.

Five years ago, Duterte promised national transformation. And yet today, the Philippines is facing one of the worst public health crises and economic recessions in Asia, largely due to a lack of competent and coherent policy response by his government.

What China’s recent history teaches us is that national success is built on strong institutions and competent leadership, rather than on strongmen and political voluntarism. — Philippine Daily Inquirer/ANN 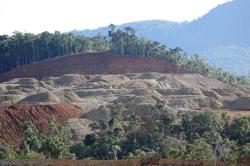