This file photo taken on May 23, 2018 shows Chinese workers walking in a Chinese-backed power plant under construction in Islamkot in the desert in the Tharparkar district of Pakistan's southern Sindh province. — AFP

IN the recorded history of humanity’s economic affairs, there has never been as remarkable a story as that of China in the late 20th and early 21st century.

By any count, it’s miraculous. The numbers are staggering. No empire or country has managed to pull more than 70 million people out of poverty; none has achieved the sustained high growth rates that China has (10.2% on average since 1980); none has managed to achieve the expansion of its economic pie by a multiple of 42 since 1979 (from US$305bil to US$12.7 trillion) while witnessing an expansion of household consumption by a factor of 90 (from US$49bil in 1980 to US$4.5trillion) and using more cement in three years (2011 to 2013) than the US did in the entire 20th century etc.

Until Mao’s time, it was a relative backwater that nobody took seriously. But now, its GDP is set to surpass that of the US by 2030. What accounts for this transformation?

The material on this subject is extensive, books are in the hundreds and research papers in the thousands. One excellent analysis comes in the form of a book (Why has China Grown So Fast for So Long) by Dr Khalid Malik, who spent many years in China as United Nations representative. He shared his experiences during a webinar held by the the Pakistan Institute of Development Economics (PIDE) under the same title. Important bits are reproduced here.

The Chinese growth experience has a social and cultural side. After Mao’s disastrous ‘Cultural Revolution’, everybody came to agree that change they must. Deng Xiaoping acted as the catalyst in the form of his growth goals. Since that time, a shared work ethic is etched in the Chinese mind, ably perpetuated and supported by those who govern. This kind of ethic works well in unison with the aim of enhancing capacity to perform and grow.

A critical feature of Chinese growth was the restructuring of the Chinese bureaucracy. Between 1982 and 1984, almost 65% to 70% of mayors/governors/administrators were changed by Deng with a younger, educated lot who had a better vision of the future.

These changes helped in perpetuating strong ownership of reforms at the local, grassroots level. The Chinese civil service is now arguably the most competitive service in the world, with a structure ensuring that only the best get promoted.

There is also intense competition within the Communist Party. Unlike hereditary party politics in Pakistan, it’s about discussion of ideas and how to get ahead of others. This has been an evolutionary process with the incentive mechanism in China being a leading avenue of reforms.

Each layer is designed in a manner that incentivises performance, otherwise there is no chance of moving up the party ranks. Change is accepted and scaled to larger levels.

Importantly, the pursuit of long-term goals has never come at the expense of the private sector, which now drives China’s economy.

Institutions act as facilitators for growth led by the private sector, even if it is to come outside of goals set by long-term growth plans.

Agricultural credit institutions are one example of that learning perspective. Similarly, the emergence of rural cooperatives was never a government initiative, but developed at local levels. The result is that more than 70% of Chinese growth is now coming from the private sector.

Efficient local governance led to growth trickling down to the lowest levels. Around China, one will find governors and mayors with extensive details on economic growth. They are aware that if they want to move up, there is no alternative but to perform.

The Chinese rarely follow ‘donor’ advice. They have their own way of working things out based on their accumulated experience. There is a general willingness around China to catch up with more successful regions, which creates a feedback loop for looking at ideas to compete.

This has tremendous implications, such as the Chinese willingness to not let anybody else dictate to them. That’s why Joseph Stiglitz, Nobel Prize winner in economics, stated that we’ll have to ‘unlearn’ to understand a phenomenon like China.

An important facet of this remarkable rise is industrialisation. China’s manufacturing capability has grown by leaps and bounds. Industry still is around 30% of the Chinese economy with vast integration into global value chains.

Tools like exchange rates were used cleverly to make it work in their favour.

Human capital and education transformation have been remarkable, providing the base for sustained development and to complement the huge dumping to capital on infrastructure development (investment-to-GDP ratio at 40pc, the highest in the world).

Their openness to new ideas through learning (via massive R&D investment, for example) has helped fine-tune their own ideas.

And of course, their one-child policy made it possible for its population to realise the benefits of growth compared to what it would have been had they not controlled it. A larger population implies a thinner spread of the economic pie, especially in the absence of higher growth rates, something the Chinese were able to avoid.

In conclusion, China has built itself a system with wide, varied administrative levers which they can use to propel growth. Further, its growth experience can enlighten us in terms of why Pakistan remains such a laggard when it comes to economic growth.

Unlike China, the Pakistani administrative machinery is incompetent, there’s no performance incentive built into its working, the political parties act like personal fiefdoms and leading politicians have no commitment to economic growth, there are no functioning local-level governments, our population is increasing at an alarming pace, social cohesion and an appetite for greater learning are missing, and work ethic (in aggregate) is weak from top to bottom.

Perhaps more importantly, China, unlike our reliance on donors, has its own growth agenda, something that’s clearly missing in Pakistan.— Dawn/Asia News Network

Shahid Mehmood is a research fellow at the Pakistan Institute of Development Economics (PIDE). 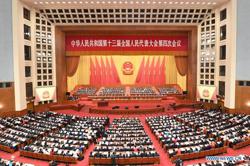