A member of the National Guard walks by a boarded up building with a poster of US civil rights leader Martin Luther King Jr. on a holiday observed in his name in Washington DC. — AFP

THE Reverend Dr Martin Luther King Jr marched mile after mile to pressure America to live up to its too often broken promises of freedom and equality – but he refused to ever take a victory lap. When King spoke on May 10,1967 – in what proved to be the last year of his life – to an interracial group of Atlanta leaders known as the Hungry Club Forum, he could have bragged about his 1964 Nobel Peace Prize or the landmark laws he'd just successfully fought for, the Civil Rights Act of 1964 and the Voting Rights Act of 1965. But the civil rights icon could only see the massive work that was still undone.

"Racial injustice is still the Negro's burden and America's shame," said King, who was facing a growing white backlash in 1967 as he pushed hard for Black economic equality and to end the Vietnam War. "And we must face the hard fact that many Americans would like to have a nation which is a democracy for white Americans but simultaneously a dictatorship over Black Americans. We must face the fact that we still have much to do in the area of race relations."

As America observed its annual Martin Luther King Jr Day around what would have been the activist's 92nd birthday, the nation is still reeling from the violent images of the Jan 6 insurrection at the US Capitol that brought together thousands of white people – from retired firefighters to tech CEOs, from gussied-up real estate brokers to lifelong neo-Nazis – who shared only one thing in common: a desire to smother any embers of King's smoldering dream of a racially just United States.

Fuelled by the psychopathic narcissism of a delusional autocrat in the White House, the Capitol Hill rioters didn't speak openly of white supremacy yet never had to, because it so drenched their cause like the kerosene-soaked rag of a Molotov cocktail. Their utterly unfounded claims of voter fraud were aimed solely at blocking the millions of legitimate votes from predominantly Black neighborhoods in Philadelphia, Milwaukee, Detroit and, of course, King's hometown of Atlanta.

The insurrectionists were willing to risk their own freedom, their livelihoods and even their lives for the cause of blocking a new president whose ascension was powered by Black voters in South Carolina, and a woman vice president of Black and South Asian descent. Their fury was stoked the day before when the Black pastor who inherited the pulpit of King's Ebenezer Baptist Church in Atlanta, the Rev Raphael Warnock, was elected to the US Senate.

The white mob that sacked the seat of US government the moment it promised to look more like the real America was the living, contemporary proof of the "hard fact" that King warned about 54 years ago, less than 11 months before a white supremacist gunman murdered him in Memphis – "that many Americans would like to have a nation which is a democracy for white Americans but simultaneously a dictatorship over Black Americans."

It's been so often said that America underwent a racial reckoning in 2020 after the police murder of George Floyd in Minneapolis.

The massive protests of late spring, in which so many white people joined the marches, acknowledged their belated recognition of what so many Black and brown Americans had known their entire lives – that white supremacy is the true virus that infects the U.S. body politic.

But the very real gains of the last year – the election of Kamala Harris, Warnock and other voices of progress, the early and unrealized talk of policing reforms – have encountered the harshest law of American physics, that for every step forward on race there is an unequal and often more powerful backlash, so strong in 2021 that it even breached the citadel of our fragile democracy.

The Capitol insurrection also provided what surely looked like a final answer to one of the loudest intellectual debates of the last couple of years in American politics – when were our true national values founded.

While the Jan 6 mob may have invoked the spirit of 1776, it was propelled instead by the cruel, icy currents of 1619, the year that the first slave ship reached our soil. In seeking to throw out Black votes and save the presidency of the man who promised white America that "I alone can fix" its problems, the rioters were borne again backward by those powerful waters – reminding us that every step forward for a true, inclusive democracy has forced one giant step back.

When America struggled in the 1770s and 1780s to define just exactly how a new nation could empower life, liberty and the pursuit of happiness, the powerful undertow of 1619 was there to define African Americans as three-fifths of a person and to create Rube Goldberg devices like the Electoral College and a less-than-democratic Senate to empower the slave states and their immoral economy.

While the new nation expanded voting rights and created lively traditions of free speech as long as the beneficiaries were white men during the optimistic expansion of the early 19th century, the ghosts of 1619 imposed a gag rule on Congress from even discussing "the peculiar institution" of slavery, bloodied and nearly caned to death lawmakers who spoke of a truer freedom, and hid behind the robes of a Supreme Court that insisted Black slaves were not people but property.

When America's better angels were finally horrified by the whip of slavery to embrace emancipation as the just cause of a Civil War that left 600,000 dead, the recoil against Reconstruction was much more powerful than they would tell us in our history books.

White mobs that looked very much like the insurrection of 2021 fought deadly battles to throw out Black votes in New Orleans; in Colfax, Louisiana; in Wilmington, North Carolina; while the twisted outcome of the 1876 presidential election achieved the goal that Donald Trump and his riotous co-conspirators chase today, the preservation of white supremacy.

Some 80 years of white authoritarian government in the Deep South mocked any spirit of 1776.

When Rev King roamed this earth in the 1950s and 1960s, the undeniable moral force of his movement ended legal segregation and expanded the vote to millions of African Americans, yet by May 1967 that voyage was getting pummelled by rocky shoals of 1619 – the white Chicagoans who pelted King with rocks when he marched there for open housing and economic equality, the two-thirds of Americans who disapproved of the civil rights leader in his final years, the FBI smear campaign that reinforced an atmosphere of hate that ended with his assassination.

The holiday we celebrated on Monday is the result of the positive efforts of the many Americans – from his widow, the late Coretta Scott King, and Stevie Wonder to everyday folk – who wanted to keep King's dream alive in the face of a palpable backlash that included the election of a president, Ronald Reagan, who'd railed against "welfare queens" and launched his 1980 campaign by talking about state rights in the county where three civil rights workers from the King era had been murdered.

In the years since Reagan reluctantly signed the King national holiday into law in 1983, white leaders have sought to channel his legacy into volunteerism which – while admirable – also kept the spotlight off radical social change.

Like the undoings of slavery and legal segregation before it, the tangible signs of racial progress – such as a rise in Black elected officials, culminating in the election of Barack Obama in 2008 – struggled against those 1619 undercurrents, from the "New Jim Crow" of mass incarceration to a steady erosion of voting rights from a modern Republican Party turning Abe Lincoln on his head.

One didn't need a PhD in American history to see that the life force behind the Jan. 6 insurrection was less about the political future of one man and more about that man's promise to protect 402 years of white privilege.

The symbols of supremacy were everywhere on Capitol Hill that day, from the Confederate flag that was paraded across the Capitol rotunda to the makeshift gallows that threatened to lynch any politician linked to racial progress. The rioters were so confident their whiteness would protect them that they not only shunned masks but posted their selfies or streamed their felonies on Facebook Live, and when they were shocked by their subsequent arrests, they begged for the privilege of a pardon from their great white father at 1600 Pennsylvania Ave.

Outside of his "I Have a Dream" speech, the words from King that have most animated America in the half-century since his death have been when he declared, in an echo of the 1850s' abolitionist Theodore Parker, that "the arc of the moral universe is long but it bends toward justice."

That notion, and the rays of hope from those occasional twists like King's movement victories or Obama's election, seems to have underestimated the never-ending force with which the reactionaries of 1619 keep bending back, with a riot on Capitol Hill their latest notion of "flattening the curve."

As my colleagues on the Inquirer Editorial Board emphasised last weekend, a true racial reckoning to continue King's legacy must focus on America's gross economic injustices – the racial wealth gap, raising the minimum wage for our essential workers who are disproportionately Black and brown, and addressing the structural biases that caused both the pandemic itself and its economic fallout to fall most heavily on people of colour.

In their futile efforts to block Wednesday's inauguration of Joe Biden and Kamala Harris, the insurrectionists wanted to prevent those goals from happening, to preserve an America where success was less about the content of one's character and more about the colour of white skin.

America only ever cuts through the unending wake of 1619 when it ignores the terrorism of the mobs like the one that scaled Capitol Hill.

The election of 2020 and the year's racial reckoning opened a tiny window of opportunity for a new administration and a congressional majority hanging by a one-vote thread in the Senate to finally turn some of King's economic dreams into reality.

The choice in 2021 is between the radical but uplifting King vision that our nation claimed to celebrate on MLK day, or the tyranny of the white supremacist mob that tried to bludgeon it. As we still clean up the mess inside the Capitol, we need to grab that long moral arc and yank a little harder this time. — The Philadelphia Inquirer/TNS 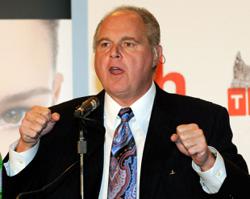