Terrorism can mutate too

Zulkarnaen, a senior leader of the al-Qaeda-linked Jemaah Islamiah, who had been on the run for his alleged role in the 2002 Bali bombings, is escorted by police upon arrival at Jakarta’s Soekarno-Hatta International Airport on Dec 16,2020. — AP

THE coronavirus pandemic has, over the past year, forced countries to impose lockdowns and close their borders, leading to a drop in public events and gatherings as well as a sharp slowdown in travel.

These have meant that, for the most part, extremist terrorism has dropped off the headlines and seen a dip in impact.

But the threat has not receded, as incidents like the beheading of schoolteacher Samuel Paty in France and the recent arrests of terror operatives and discovery of new training sites in Indonesia show.

Twenty years after the Sept 11,2001, terror attack by al-Qaeda on the United States and the discovery of regional terror network Jemaah Islamiah (JI), there is a need to be alert to three broad trends on the terror front.

One, a resurgence of traditional terror organisations like JI.

In its heyday around 2001, JI had a presence in Singapore, Malaysia, Indonesia, the Philippines and Australia and was planning attacks in the republic when members of a local cell were arrested.

Since then, security actions in Singapore and Malaysia have destroyed its networks in both countries, and further arrests in Indonesia following the 2002 Bali bombings that killed more than 200 people have decimated much of its leadership. Its links with al-Qaeda were also disrupted.

But a number of its leaders and bomb makers remain on the run, long after the group was banned in 2008. And they have not shifted from its aim of establishing an Islamic state in the region.

Last year, its emir or leader Para Wijayanto was sentenced by a Jakarta court to seven years’ jail for his role in recruiting, training and raising funds for militants going to Syria. In the past two months, two key bomb makers involved in the 2002 Bali blasts – Taufik Bulaga, alias Upik Lawanga, and Aris Sumarsono, alias Zulkarnaen – were also arrested in Indonesia.

While these recent arrests of key players have helped neutralise the threat, they have also highlighted a worrying concern: The group has evolved and expanded its reach.

On the one hand, it maintains its militant leanings. On the other, it is trying to gain a greater foothold in the public sphere to win support for its eventual aim.

Earlier this week, The Straits Times reported on the discovery of a two-storey house in Central Java that was used by JI to train recruits in handling weapons and assembling bombs. At least 96 young militants underwent training there, with many going to Syria to fight alongside terror group Al-Nusra Front.

While there was no indication of planned activity in the region, analysts say it cannot be ruled out.

Terrorists have explored attacks on Singapore targets on several occasions over the past decade.

In 2010, Indonesian police recovered a map of Singapore with Orchard MRT station circled on it from a terror suspect killed during a raid.

In 2016, the authorities that broke up a militant cell in Batam found that its leader was planning a rocket attack on Marina Bay with Syria-based Indonesian Islamic State in Iraq and Syria (IS) militant Bahrun Naim.

These instances underline why security agencies continue to be on high alert during festive occasions and major events.

At the same time, the recent and upcoming release of detained militants, including JI spiritual leader Abu Bakar Bashir, is a key source of concern, as some are set on returning to their old ways.

The JI’s infrastructure remains resilient too.

Indonesian police investigations into recently detained militants indicate that they have been deploying charity boxes at mini-markets in parts of the country to get the public to unwittingly fund terror activities. JI members are also running businesses, including oil palm plantations and cleaning service contractors, to finance terror activities.

A key part of JI’s infrastructure is its network of pesantren or religious boarding schools that has remained active in propagating its hard-line teachings, and where many of its militants were nurtured in recent decades.

These deep-rooted networks are exceptionally resilient and almost never die, noted security analyst Noor Huda Ismail, a visiting fellow at the S. Rajaratnam School of International Studies in Singapore, who has been helping to rehabilitate radicals, including former JI members. He is especially concerned that their exclusivist and sectarian world view could be normalised as the group’s changed tack wins wider acceptance.

Key JI ideologue Abu Rusdan has emphasised that the group will pursue its goals through preaching and religious outreach rather than armed violence.

JI has also been actively recruiting members in universities and backing political causes, once a no-go area for its elders who see democracy as anathema and discouraged members from taking part in the system, such as by voting or supporting politicians.

While the trajectory of how this will play out in the coming years remains uncertain, it is set to have an impact on the region’s security landscape for some time to come. Supporters of Abu Bakar Bashir waiting at the entrance of a pesantren for his arrival in his hometown of Sukoharjo after his release from prison on Friday. — AFP

Early last year, the arrival of Covid-19 appeared to have instilled a new optimism among the Mujahidin of Eastern Indonesia, or MIT, in Central Sulawesi.

The terror group’s leader Ali Kalora believed the virus was divine retribution against China for its treatment of the Uighurs, and against other major economies that battled IS, which MIT had sworn allegiance to, the Institute for Policy Analysis of Conflict noted.

This confidence spurred a series of attacks on policemen and police informants in the province, footage of which was uploaded on social media groups in a bid to win new recruits.

Even though IS’ self-declared caliphate in Syria has been dismantled, the threat of terrorism has not abated. IS and al-Qaeda have framed the pandemic as divine retribution against the West, and urged followers through social media to carry out attacks.

They have not hesitated to capitalise on developments to win recruits. After French magazine Charlie Hebdo republished caricatures of Prophet Muhammad in September 2020, France saw a spate of terrorist attacks – including the beheading of the teacher by an 18-year-old who had been in touch with a militant in Syria via Instagram.

There were also attacks against French and Western interests in Saudi Arabia and Austria, and an uptick in terrorist rhetoric online.

The worsening climate prompted Singapore’s Home Team to be on heightened alert, in a bid to pre-empt copycat attacks. A Home Affairs Ministry spokesman said: “With many people spending more time online during the pandemic, this has inadvertently increased their exposure to radical ideas.”

As at late November, investigations into 37 individuals – 14 Singaporeans and 23 foreigners – had been initiated for suspected radical inclinations and comments that could incite violence or stoke communal unrest. While many had made posts supporting the beheading, several had made derogatory comments against Muslims. None posed an imminent threat.

The exception was a 26-year-old Bangladeshi construction worker, who has since been detained under the Internal Security Act.

Radicalised in 2018, he shared propaganda supporting armed violence in Syria and had bought knives for attacks on Hindus in Bangladesh.

Globally, there are concerns that other side effects of the pandemic – such as isolation and depression arising from long lockdowns and job losses – could make individuals more susceptible to radicalisation.

Experts noted that just as groups like IS remain a threat, online radicalisation has also enabled violent extremism to assume new forms, as the rise of white supremacists in America and Europe and anti-Muslim violence in parts of Asia have shown.

The European Union’s counter-terrorism coordinator Gilles de Kerchove recently warned of the emergence of these new forms of terror. He cited technophobia, which has seen 5G phone masts being burned and telco offices being attacked by activists opposed to 5G networks.

He is also concerned about increasingly violent ecologist and animal rights groups, some of whom might believe they need to use violence to wake governments up on global warming.

Far-left extremism could also see an uptick as inequality widens in the wake of the crisis, he feared.

Some extremists have even promoted Covid-19 conspiracy theories to win a following, saying the virus is a hoax by governments and the vaccine causes autism.

Last week, Britain’s head of counter-terrorism policing Neil Basu warned that these conspiracy theories could radicalise a small minority to violence. “No one is saying that no one has the right to voice an opinion; it is where that opinion becomes an incitement to violence and hatred, ” he told the Independent newspaper. His biggest concern – one shared by many – is that online radicalisation has allowed all these theories, and various forms of terrorism, to now thrive 24 hours a day, seven days a week, internationally.

While it may be too early to get a full picture of the impact of Covid-19 on terror recruitment and radicalisation, one thing is clear: The virus hasn’t quite muted the terror threat, but potentially multiplied its reach and it could well see new mutations. — The Straits Times/Asia News Network 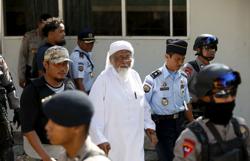 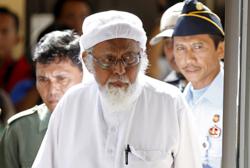