Sensitive issue: Former South Korean comfort women (front row), who served as sex slaves for Japanese troops during World War II, participating in an anti-Japanese rally in front of the Japanese embassy in Seoul in 2007. — AFP

A South Korean court has issued another ruling that undermines the foundation of bilateral relations between Japan and South Korea. The ruling runs counter to the internationally established principle that a sovereign state is not subject to the jurisdiction of the court of a foreign country. It is absolutely unacceptable.

Since the filing of the lawsuit in 2016, the Japanese government has not participated in the trial based on the principle of “sovereign immunity” – the concept under international law that the acts of a state are not tried at the courts of another state, maintaining the position that the case should be dismissed.

However, the court rejected the application of sovereign immunity, ruling that the Japanese government violated international norms by committing “intentional, systematic and wide-ranging inhumane acts” against former comfort women.

There is a theory that sovereign immunity is denied in cases of grave human rights violations such as massacres, but the principle of sovereign immunity has been widely accepted. It must be said that the ruling was unjust because it placed too much emphasis on the “violation of human rights” of former comfort women.

The ruling has made it possible to seize the assets of the Japanese government. It is feared that similar complaints and rulings will continue and that Japan-South Korea relations could fall into a more critical situation. How seriously does the South Korean side recognise this?

The 1965 Agreement on the Settlement of Problems concerning Property and Claims and on Economic Cooperation between the two countries stipulated the problem of the claims was resolved “completely and finally.” Also, a 2015 agreement reached by the two governments confirmed the comfort women issue had been “finally and irreversibly” resolved.

Nevertheless, the issue has been lingering because the administration of South Korean President Moon Jae-in has been taking a stance that tramples on the promises made between Japan and South Korea, such as stripping the comfort women agreement of its substance.

As to the rulings ordering Japanese companies to pay compensation to South Korean former requisitioned workers from the Korean Peninsula, the Moon administration has also postponed its response on the pretext of separation of powers. The latest ruling can be said to be an extension of this.

The Japanese government strongly urged “South Korea as a nation to take appropriate measures to rectify the violation of international law.” It is understandable that it will not appeal the ruling because of the principle of sovereign immunity, but it is necessary to prevent the ruling from spreading to the international community as a fait accompli.

Japan has made efforts to resolve the comfort women issue, such as by contributing funds to an organization supporting former comfort women. South Korea has unilaterally nullified Japan’s efforts. The Japanese government must gain the understanding of other countries through such measures as strengthening its ability to send its message abroad and thoroughly explaining Japan’s efforts for that purpose. — The Yomiuri Shimbun/ANN 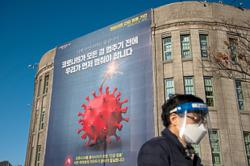