SPACE, the final frontier, has fascinated man since time immemorial, and in the modern age aiming for the stars has become a matter of national prestige.

At the height of the Cold War, the Soviets and the Americans competed fiercely in the space race, sending chimps, dogs and eventually humans into space.

But it was the Americans who took a ‘giant leap’ by putting Neil Armstrong on the moon in 1969.

Ever since those heady days, countries have been trying their best to add their names to the elite spacefaring club.

On July 20 morning, the United Arab Emirates made significant progress through Al Amal, dubbed the first Arab mission to Mars, launched from a Japanese site.

The UAE had only some time ago put its first astronaut in space.

Due largely to its backwardness in all things scientific, the Arab world has been a laggard in the space race.

While the first Arab in space was a Saudi prince – Sultan bin Salman, son of the current king – who hitched a ride aboard an American shuttle in 1985, Arab states have made slow advances in space exploration, mostly guided by technology developed by others.

But whether it is space travel or any other branch of advanced science, the Arab world does not have much to boast about.

While the world of Islam blazed trails up till the Middle Ages, ever since the colonial and postcolonial eras there has been mostly silence.

Apart from Turkey and Iran, most Muslim states are consumers of scientific knowledge, not producers.

The reasons for this are many; primarily, their rulers have not been too bothered about promoting scientific learning and innovation, while decaying education systems create mostly rote learners.

Even the oil-rich Arab sheikdoms, who have built skyscrapers with foreign expertise, have not inspired their pampered native populations to innovate and excel.

A truly exciting day will be one when students in the Arab world will have the training and academic vigour to chart their own way to the stars. — Dawn/Asia News Network 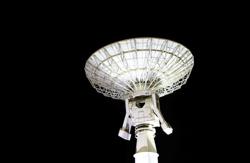