Prophetic feature: ‘Nausicaa of the Valley of the Wind’ has deep insights about many things we are encountering in our real world now.

WHEN the novel coronavirus-induced state of emergency was in place in April and May, my favorite pastime was strolling about my neighborhood in Tokyo.

The air was surprisingly clear – in Tokyo, I had never experienced such air quality before. The streets were almost empty. Dogs with their owners, and cats by themselves, were walking peacefully. Various flowers of the season were in brilliant bloom.

All living things, animals and plants alike, appeared to be enjoying peaceful lives on their own terms with no care at all about the human world’s growing chaos and fear. Animals and plants even seemed to have become more energetic, showing no concern about human beings who felt increasingly fearful of being infected with Covid-19.

On a walk one day, thinking about the plants and animals around me along these lines, I had a feeling of deja vu about the scene before me. It occurred to me that I’d had a similar sense in the past. Yes, it was the scenario of a film I saw when I was an elementary school student, the 1984 animated feature Kaze no Tani no Naushika (Nausicaa of the Valley of the Wind), which brought fame to animator Hayao Miyazaki.

The ideas in that film delivered an unforgettable shock to me. Remembering it, I thought we might now be in an environment comparable to the “Fukai” (Sea of Corruption), one of the settings of the film, which is actually a forest made of toxic fungi, full of miasma. As I reflected on it, I felt I was approaching deep insights about many things we encounter in our real world.

The legendary animated film had an introductory scrolling message which can be translated as: “One thousand years have passed since mega-industrial civilisation collapsed. Barren land is now filled with rust and ceramic fragments and the sea is rotten. Humankind, having already fallen into decline, finds its very existence under threat from what is called the Sea of Corruption, a forest of monstrous fungal plants that emit toxic miasma.”

This fictitious story depicts a world existing 1,000 years after a global war called the “Seven Days of Fire, ” which led to the collapse of highly advanced industrial civilisation.

In that world, people live in war-polluted areas located along the Sea of Corruption, the forest of giant fungal plants. Humans cannot enter the miasma-filled corrupt forest without wearing face masks.

A variety of gigantic mutant insectoid creatures dwell in the Sea of Corruption and protect it from being invaded by human beings, called a “foreign enemy.” Those creatures are active and lively in the miasma-filled environment, whereas all humans, fearful of the toxins and insectoid creatures, became desperate to escape once they enter it.

The world of Nausicaa of the Valley of the Wind, where humankind is exposed to the threat of toxic miasma, uncannily resembles our real world today, where the novel coronavirus pandemic has been raging for months now. In both of the different worlds, humans face an invisible fear. Humans are helpless in protecting themselves as long as the threat cannot be seen.

In the animated world, the corrupt forest spreads gradually most of the time, but occasionally all at once. Likewise, Covid-19 infections have now spread to all parts of the world.

In the fictitious world, there is a small village named the Valley of the Wind, where a fresh breeze always blows from the sea. Its residents live freely and peacefully with no need to wear masks.

Nausicaa, the protagonist of the drama, is a daughter of King Jhil of the village. As her father is bedridden due to his past exposure to toxins from the Sea of Corruption, she rules the village on his behalf.

In the fictitious narrative, an important secret is hidden. The Sea of Corruption actually has the ability to purify and resuscitate nature, which has been heavily damaged and polluted by humankind. The polluted land surface is being purified by the forest in a process that requires an immeasurably long amount of time. The miasma is a side effect of that process.

Nevertheless, there are some humans who are so frightened by the Sea of Corruption that they sometimes become desperate enough to try to burn down the forest.

When that situation arises, what are called “Omu” or “king insects” will emerge. These creatures (spelled Ohm in the film’s subtitles and Ohmu in the manga translations) are the largest and most dignified of the forest’s insectoid denizens. The Omu tend to come out of the Sea of Corruption in furious swarms, run berserk, and finally die. Where the swarms die out, a new Sea of Corruption comes into being.

The Omu species can be thought of as a prescient metaphor for the novel coronavirus. I wonder if both of the Omu and the virus may have emerged to protect nature by stopping humankind from destroying the environment and worsening pollution. Once humans cut back on their activities, nature comes back to life, regenerating itself vigorously.

Nausicaa, for her part, tries to talk residents of the village into coexisting with the Sea of Corruption and Omu creatures, no matter how dangerous and uncertain such a choice can be.

As early as in his 2004 book, Miyazaki Hayao no ‘Fukami’ e (An exploration of the ‘deep world’ of Hayao Miyazaki), Manabu Murase, a professor emeritus at Doshisha Women’s College of Liberal Arts, focused on Nausicaa of the Valley of the Wind from the perspective of the spread of an infectious disease. His keen insight deserves praise.

It is crucial to set our sights on restoring a balance between the human world and the natural world.

In the past, every time humans expanded and extended their activities, environmental destruction progressed – and so did outbreaks of viral infection. If such viruses had not emerged, the human world would have destroyed the natural world much earlier.

I think it is advisable to face a viral infection with a view to restoring a balance, instead of simply abhorring the virus and fearing the spread of disease.

Historian William McNeill (1917-2016) considered the influence of infectious diseases on the course of world history. In his book Plagues and Peoples, he wrote that “everyone can surely agree that a fuller comprehension of humanity’s ever-changing place in the balance of nature ought to be part of our understanding of history, and no one can doubt that the role of infectious diseases in the natural balance has been and remains of key importance.”

McNeill meant that is essential to reconsider infectious diseases from a perspective of a balance between humankind and nature.

Similarly, international politics scholar Masataka Kosaka called attention to the importance of the balance between disease-causing germs and the human body – about 10 years ahead of McNeill’s book.

In his 1968 book Sekaichizu no Naka de Kangaeru (Thinking within the world map), Kosaka held that there are many cases in which disease-causing germs also turn out to be factors fostering an overall balance within the human body. When the balance of microorganisms is lost, disease occurs, he wrote.

According to Kosaka, various factors balance delicately against each other in society. This balance, he wrote, keeps changing all the time. In times of contact with a different civilisation, new factors are introduced to break up the balance. When an exotic new factor causes the existing balance to collapse, he continued, both humans and their societies contract a disease and, on some occasions, perish.

This perspective seems to have been part of the ideological background behind Kosaka’s emphasis on the importance of the balance of power in international politics.

When a balance collapses, humans become prone to illness, while war tends to break out in the international political theater. In the process of recovering from the disruption of a balance, the Sea of Corruption, infectious diseases and wars alike each have a role to play to a certain extent. Covid-19 may have emerged to play a role to help restore the balance between nature and humankind. — The Yomiuri Shimbun/Asia News Network

Yuichi Hosoya is a professor of international politics at Keio University and the author of numerous books on British and Japanese politics and foreign affairs. 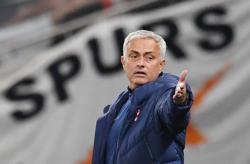 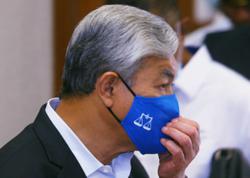