More than 80% of colleges and universities in the US plan in-person classes this autumn or a hybrid with some online instruction, according to a Chronicle of Higher Education survey. However, some universities, including Harvard (pictured), recently announced that most instruction will occur remotely, drawing the ire of President Trump who called the plan 'ridiculous.' — AFP

AS if a pandemic and resulting recession weren't enough uncertainty for colleges and their students in the United States this autumn, now there's this: Foreign learners may be ordered out of the country if their school begins with or switches to online-only learning amid the ongoing coronavirus pandemic.

On June 6, US Immigration and Customs Enforcement (ICE) announced the plans to expel foreign students from the US should colleges and universities move classes online, reversing the temporary relief extended to foreign students this spring and summer as the pandemic shuttered colleges across the country. The relief had allowed students to take the majority of their classes online.

ICE's policy change is drawing sharp criticism across higher education. Leaders say it will drive away some of the one million-plus students who study in the US and further strain colleges and universities.

Many of them lost tens of millions of dollars in March when students were sent home to curb Covid-19. In the months since, those schools have tried to thread a needle through the virus' unpredictable spread, students' reluctance to pay full tuition for remote instruction, and equal reticence among others including some faculty to return to campuses given health risks.

Colleges have braced for the possibility of significant enrollment losses. Even such schools as the University of Pittsburgh (Pitt), which has seen encouraging signs in indicators like fall deposits, nevertheless say international enrollment remains a big question mark, given virus-related travel complications and visa restrictions.

Pitt and its chancellor, Patrick Gallagher, are among those recently announcing autumn plans intended to let them quickly pivot between varying degrees of in-person and online instruction, depending on the virus' severity this fall.

"(The June 6) federal policy change is misguided and unfair to international students, harmful to higher education across the US, and damaging to both regional and national economies," Pitt spokesman Kevin Zwick told Pittsburgh Post-Gazette.

The university, he said, is contacting students to explain to them how best to adjust their studies so as to meet the revised rules.

The announced changes are to exemptions in The Student and Exchange Visitor Program (SEVP) that gave students more flexibility in the spring to take online courses. Officials with ICE could not immediately be reached at print time for further explanation of the rationale for the new changes.

Among them: "Non-immigrant F-1 and M-1 students attending schools operating entirely online may not take a full online course load and remain in the United States. The US Department of State will not issue visas to students enrolled in schools and/or programs that are fully online for the fall semester nor will US Customs and Border Protection permit these students to enter the United States."

The agency said students in the US "enrolled in such programs must depart the country or take other measures, such as transferring to a school with in-person instruction to remain in lawful status" or face potential consequences, including removal proceedings.

"Non-immigrant F-1 students attending schools adopting a hybrid model – that is, a mixture of online and in person classes – will be allowed to take more than one class or three credit hours online," the government said.
"These schools must certify... that the program is not entirely online, that the student is not taking an entirely online course load this semester, and that the student is taking the minimum number of online classes required to make normal progress in their degree program," the agency said.

According to the Pittsburgh Post-Gazette, higher-education groups lined up to urge the government to reconsider, including the Association of American Universities, comprised 65 leading research institutions. They include Pitt and Carnegie Mellon University, whose provost James Garrett Jr. called the policy change "unacceptably abrupt, inflexible, and completely disregarding of the difficulties it causes our students from abroad."

"It is also likely to do further damage to our nation's universities, which are already struggling with unprecedented uncertainty... [and] massive logistical complications," she said. "In particular, the impact on international graduate students and undergraduate students already in the United States will be devastating, causing massive disruptions in their learning and research."

Marty Meehan, president of UMass which plans to conduct a majority of classes online, also called the policy shift “cruel” and said it “creates immense confusion and instability for thousands of international students at the University of Massachusetts, not to mention the million-plus international students across the country.”

Ted Mitchell, president of the Washington D.C.-based American Council on Education, said institutions are trying to reopen amid unprecedented circumstances.

"We need flexibility," he said.

The updated guidance came as schools across the country consider how to reopen amid the ongoing coronavirus pandemic.

More than 80% of colleges and universities plan in-person classes this fall or a hybrid with some online instruction, according to a Chronicle of Higher Education survey. However, some universities, including Harvard and Princeton, recently announced that most instruction will occur remotely. MIT said it will only allow seniors back on campus.

In another report, Massachusetts governor Charlie Baker and campus leaders from across the state slammed ICE’s decision as “premature”.

The White House measure is seen as an effort to pressure universities into reopening their gates and abandoning the cautious approaches that many have announced they would adopt to reduce Covid-19 transmission, said The New York Times.

Acting Deputy Secretary of Homeland Security Ken Cuccinelli defended the order that will force out foreign students during an interview on CNN Tuesday, saying that it “will, again, encourage schools to reopen.”

In the interview, Cuccinelli said that if schools do not reopen physical campuses,"there isn't a reason" for international students to remain in the US.

And although higher education officials saw the move by the Trump administration as an attempt to force their hands on reopening, the directive also holds appeal to groups that favour reducing legal immigration to the United States.

Those advocates have pressed the administration to tighten the programme that issues student visas and work permits, claiming it provides an avenue for immigrants to stay in the country after graduation and compete for American jobs, NYT reported.

American Federation of Teachers Massachusetts President Beth Kontos went a step beyond saying, “Let’s call this decision what it is: a racist president doubling down on his failed strategy of denying the realities of the Covid-19 health crisis, and renewing his campaign of hate against immigrants.”

Roughly 1.1 million international students on F-1 and M-1 visas study in the US, according to the Department of Homeland Security. Foreign students generate an estimated US$41bil (RM175.3bil) of economic impact and support more than 450,000 US jobs, according to NAFSA: Association of International Educators.

Baker said when it comes to ICE’s policy revision for colleges — something bound to further strain already strapped higher-education budgets — “the key question... is risk management.”

The governor has fielded much criticism from opponents for his gradual approach to restoring the state’s shattered economy in the wake of the coronavirus crisis. As a result, Massachusetts has been one of the slowest states to reopen. But it’s an approach Baker says is rooted in the numbers.

“The whole issue around the pandemic has created a continually changing sense about rules, ” Baker said, noting he has been responsive to public health data in every step as the commonwealth has moved forward in its phased reopening.

The governor said in many cases – including how to reopen colleges – his administration has “made decisions to not make a decision at this point in time because we believe there is time to process and engage and discuss and learn more.” — Tribune News Service 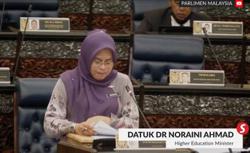