Comment: Open season on the free press in the Philippines

THE phrase “open season” aptly describes the situation we are in today.

Merriam-Webster defines it thus: “1. A period when it is legal to kill or catch game or fish protected at other times by law. 2. A time during which someone or something is the object of sustained attack or criticism.”

The period typically begins when a person in authority gives the go-signal by leading the hunt himself. He need not actually pursue the mark until it’s cornered, caught, or maimed. It is enough that he takes aim and fires the first shot. The act is then completed by the rest of the hunting pack.

When Rodrigo Duterte became president in 2016, the mass media organisations that had been critical of him during the campaign became his first principal targets. He named three in particular: the newspaper Philippine Daily Inquirer, the broadcast network ABS-CBN, and the news website Rappler. He attacked all three media outfits for biased and distorted reporting, publicly damning them before various audiences.

Duterte accused the Inquirer owners of not paying the correct taxes on their other businesses, and of illegally extending a lease on a choice property in the city owned by a government agency in exchange for very low rental.

He denounced ABS-CBN for taking his money and not airing his campaign advertisements during the 2016 presidential election, and accused its owners of not paying their debts to a government-owned bank.

He vowed to prevent the renewal of the network’s franchise, telling its owners to sell the company instead. Irked by its critical reporting on the conduct of his bloody war on drugs, he banned the Rappler reporter from entering Malacañang.

All this would have been more than enough to cue everyone in the hunting party to get into action and pursue the prey. But, the President never stopped issuing the call for the hunt.

Like an obsessive itch that would not leave him, he would repeat the same charges each time he went off-script in his rambling speeches. It came to a point when he sounded as if he wanted nothing less than a lynching.

To ignore this context and the authoritarian viciousness that has preceded the state-enabled proceedings against the Inquirer, ABS-CBN, and Rappler is to subject oneself to willful blindness.

It would not be unlike covering the rest of a patient’s body with a white sheet during surgery to show only the choice tissue of the moment. It is to disregard the rest of the morbid mess underlying the President’s obsessive focus on the offending wound.

One gets a glimpse of this alarming phenomenon in the ongoing hearings on ABS-CBN’s application for renewal of its franchise at the House of Representatives.

The surgical attention paid to some notion of patriotic correctness in order to sustain a definition of what the constitutional requirement of 100-percent Filipino ownership of the mass media means is simply mind-boggling.

I wonder how many members of Congress would qualify if the ability to recite the first line of the “Panatang Makabayan” were made a requirement for eligibility to hold public office.

The fascinating thing about all this is that the ones who actively participate in the hunt can often say with a straight face that no one is prompting or directing them in what they do. They are just following the law, or just doing their job.

Indeed, it is not inconceivable that people wittingly or unwittingly drafted into the hunt could gamely take up the work before them, and pretend not to see the original force that activated it.

Though I am not a lawyer, I am aware that decision-making in law cannot do without some basic knowledge of social science.

I refer to the recent conviction for “cyberlibel” of Rappler’s executive editor Maria Ressa and its former writer-researcher Reynaldo Santos Jr. I had thought this was an open-and-shut case. There is no way one could still be held accountable for libel for an item published five years earlier. The case, filed only in 2017, should have been filed within the one-year prescription period for libel.

Yet, the court found a way to convict them. First, the judge pointed out that Ressa and Santos were charged for cyberlibel under the Cybercrime Prevention Act of 2012, rather than for libel under the Revised Penal Code.

Second, the judge reasoned that while the offending news item was published a few months before the cybercrime law came into effect, the fact that the version found on its website shows that it was “updated” in 2014 may be construed as “republication.” Hence, it falls under the scope of the new cybercrime law. If this was the crux of the issue, I thought the case should have been dismissed outright.

All web-based news sites routinely “update” their past posts—typically to correct misspellings and typo errors. These updated or corrected versions are not republished as part of the news of the day. They remain in the archives, available as reference, the way an old newspaper issue might be summoned from the stacks of a library.

It would be stupid for any news site to rerun a stale report.

“A news item run twice might still have its meaning, but it loses its information value, ” writes Niklas Luhmann in “The Reality of the Mass Media.” There’s an ocean of difference between “updating” and “republishing”— but the court chose to ignore this.

You can’t argue with willful blindness; it is a sign someone else is overseeing the process. — Philippine Daily Inquirer/Asia News Network 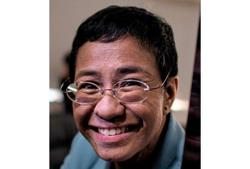 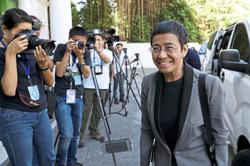 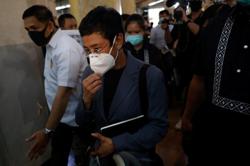