Feature: Dumped by the hand that feeds

The act of abandoning an animal when it is likely to suffer trauma, pain or suffering is considered animal cruelty under the Animal Welfare Act 2015. — KAMARUL ARIFFIN/The Star

The authorities are investigating a total of 81 cases of pet dumping and animal cruelty during the movement control order. Some of the abandoned dogs are expensive breeds like shih tzu and poodles, says an animal rights group.

THE dog was hung from a tree by its neck, in a horrifying video that went viral earlier this month.

The man who did it pleaded guilty in court and is now behind bars.

But there’s also another form of animal cruelty occurring, and the abusers aren’t always obvious – owners who dump their pets.

It has been reported that pet dumping cases are rife during the movement control order (MCO), with some due to unfounded fear that the animals can spread Covid-19.

All complaints are currently being investigated, says the Veterinary Services Department (DVS).

A total of 81 complaints of pet dumping and animal cruelty were received by the department between March 18 and April 30.

“Of the total, 66 were involving pets being abandoned while 15 were acts of cruelty towards animals, ” the DVS tells Sunday Star.

Most of the animals are dogs and cats.

Some animals were tied to a fence under the blazing sun, scalded with hot water or simply abandoned to fend for themselves.

“For animal cruelty cases, one complaint involved a dog being tied with a soft iron string at its abdomen.

“As for abandonment, the department received complaints of pets being dumped due to rumours that the animals may possibly spread the Covid-19 virus, ” says the DVS.

However, the department quashes such fears.

“There is no evidence of Covid-19 being spread from animals, especially companion animals, to humans, ” it says, adding that all animal cruelty cases are taken seriously.

But the number of pet dumping cases might be more than what’s recorded.

Previously, it was reported that a total of 38 cases of dogs and cats were dumped during the MCO, according to the Malaysian Animal Association on April 24.

But now, association president Arie Dwi Andika says they have received 102 complaints of pets being abandoned since the MCO began on March 18. “Many are expensive, purebred dogs like shih tzu and poodles.

“It is difficult to forward such cases to the authorities because we are unable to trace the owners and show there is an element of abandonment, ” says Arie.

The act of abandoning an animal when it is likely to suffer trauma, pain or suffering is considered animal cruelty under the Animal Welfare Act 2015.

It is a crime which carries a punishment of a fine between RM20,000 and RM100,000, jail term of up to three years or both, upon conviction.

Usually, when the volunteers find the abandoned pets, they are starving or too frightened to approach humans.

As such dogs are purebred, they require special care and grooming because their skin is more sensitive.

The animals were found in various locations in the country, but the bulk of cases are in the Klang Valley.

They are most commonly dumped in housing areas, five foot ways and shop lots.

“The owners leave them in such public places in hopes that the animals will be taken in by other people.

“But for dogs, due to their bigger size, some owners tend to leave them in isolated places like industrial areas so that nobody can see what is going on, ” Arie explains.

He says for the abandoned purebred dogs, getting them new owners isn’t much of a problem.

“But the sad part of this situation is that because the previous owners know the pets will be easily adopted again, the dumping will continue, ” he points out.

Aside from being misled that Covid-19 can be spread from animals to humans, Arie says pet owners also abandon the animals due to the bad economy.

“As some suffer losses of income, they can’t afford to keep their pets anymore, ” he adds.

But since the conditional MCO has allowed businesses to reopen, Arie notes that cases of pet dumping seem to have decreased.

The DVS says while the current pandemic is hypothesized to have originated from wildlife, there is no evidence that Covid-19 can spread from pets to humans.

Even though there are cases of pets being tested to be positive with Covid-19, the affected animal only exhibited mild or no clinical signs of the illness.

“For such matters, the department refers to the advice and guidelines from the OIE (World Organization for Animal Health).

“Based on current findings, OIE advises pet owners not to take action that may jeopardise the well-being and welfare of their pet.

“This is because there is no evidence that indicates potential disease transmission from animal to human, ” the DVS says. To lodge a complaint on any possible animal cruelty incidents, contact the DVS through its e-mail at animalwelfare@dvs.gov.my 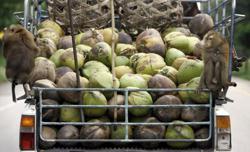 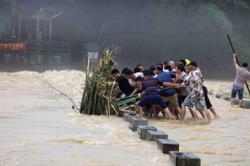 Eight people, thousands of animals killed in floods in Mongolia