How living through the siege of Sarajevo prepared me for coronavirus

Ruins of the Bosnian War in the city centre of Sarajevo can still been seen in May 2012. — Wikimedia Commons

I started my career as a foreign correspondent in the 1990s, reporting and living for months on end in Sarajevo, a relatively modern European city subjected to an almost medieval siege as it was encircled, isolated and bombarded.

The siege of Sarajevo lasted for three years. By the time it was over, 14,000 people were dead – about 2% of the city’s population.

I met no one who hadn’t lost a close relative or friend. In one of the bleakest periods, I remember a woman asking me, “How do you think you Americans would survive in conditions like this?” It was a question I pondered frequently over the years. Now, with coronavirus, I’ve gotten a glimpse.

That is not to equate the suffering of Sarajevo with Americans today. The shortage of toilet paper, for example, is practically the definition of a First World problem; in Sarajevo, people couldn’t get water.

But as we hunker down at home, we too are under siege. In Sarajevo, like here, people went through stages of denial. At the beginning, children watched the tracer bullets in the sky as if they were fireworks and cheered that they had days off from school. The reckoning came slowly; first it was a relative of a friend of a friend who died in another neighbourhood, then a neighbour or a relative. It has been the same for me reading on Facebook about people I know who are dead from Covid-19. I wait with trepidation: The bombs are coming ever closer.

The Bosnian war started so abruptly in 1992 that people essentially had to shelter in place; relationships were severed as lovers, spouses, parents and children found themselves on opposite sides of siege lines. Flights were suspended. Public transportation ran sporadically before stopping entirely. Schools closed. Shops emptied. To leave home in search of food was to risk your life.

The recent news that Rhode Island was stopping cars with New York licence plates at the border and requiring 14-day quarantines for New Yorkers reminded me of the checkpoints that proliferated throughout what had once been Yugoslavia after the war began. (Journalists like me carried spare licence plates in our trucks and swapped them on and off.)

Just as we are doing now, Sarajevans adjusted to the new normal. Trapped in their homes or bomb shelters, people made an extra effort to keep up appearances. They tried to change clothes daily (even if it was hard to do laundry without a regular water supply). If they ventured outside, women put on makeup and did their hair. A teenager living mostly in a bomb shelter told me she liked to get dressed up and pretend she was invited to a White House dinner.

Living under siege required a high level of creativity. Soccer teams played mini-matches in bomb shelters. And people devised “war recipes” to emulate the cuisine of happier times. One popular recipe started with shaping stale bread into an imitation Wiener schnitzel. “Air pie” was, as it sounds, a pie with absolutely no filling. When they ran out of coffee, people blackened lentils on the stove, ground them up and brewed. Buildings and vehicles destroyed in Grbavica, a suburb of Sarajevo, Bosnia and Herzegovina, during the Bosnian conflict (1992–95). — Lt. Stacey Wyzkowski/US Department of Defense.

During a siege, art and music take on a new urgency, eliciting emotions repressed in happier times. While watching recent videos of Italians singing opera from their balconies, I was reminded of the cellist who played Albinoni’s Adagio in G Minor in the wreckage of Sarajevo’s library. Hardship inspires. In the 1990s, Sarajevo became famous for its black humour, edgy posters and graffiti. (“Run or RIP” was the message of a large mural at an intersection targeted by snipers.)

Throughout my reporting career, I saw similar coping strategies in other societies under siege.

During the famine that killed two million North Koreans, people made corn porridge using not just the kernels of corn but also the husks, cobs and leaves. They salvaged sheet metal from shuttered factories to make small ovens in which they baked biscuits to sell at the market. The hospitals used old beer bottles for IVs; doctors picked mountain herbs for medicine. Today, I see masks made of repurposed coffee filters or brassieres.

Wars, famines, natural disasters can bring out the best in people, releasing untapped reserves of strength that turn ordinary people into heroes. But they can also bring out the worst. In recent weeks, we have seen a tide of racist attacks against Asians and Asian Americans, who have been unfairly scapegoated for a virus that began in China.

The Bosnian war was largely an ethnic conflict, started by Serb nationalists who objected to Bosnia’s secession from what remained of Yugoslavia and so took to the mountains surrounding the city, cutting it off from the outside world. But many moderate Serbs supported the new Bosnian government and remained in Sarajevo, under constant bombardment from their nationalist brethren.

On the street where I was living, the mostly Muslim residents went out of their way to be kind to the remaining Serbs. The neighbours used to bring food to an elderly widow, even though her son had joined the Serb militias bombing the city from the mountains. What surprised me most was that my landlords (we were one of the few houses with a working telephone) would allow this son, an enemy soldier, to call her phone to speak to his mother.

Whenever he rang, no matter how late, the landlady would run out to fetch the Serb widow to talk to her son, then send her home with a gift of bread or vegetables.

It was not necessarily that these Sarajevans had superhuman qualities of compassion, and there were many who were not so tolerant. But people recognised that their goal was not merely to outlive the siege, but to preserve their civilisation. To survive the siege, they had to constantly remind themselves who they were in the past and what they hoped to be in the future.

Barbara Demick is a former foreign correspondent for the Los Angeles Times.

She is the author of ‘Logavina Street: Life and Death in a Sarajevo Neighborhood’ and ‘Nothing to Envy: Ordinary Lives in North Korea.’

She lives in New York City. 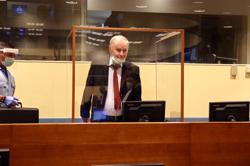 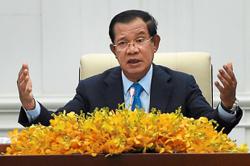 The Bowerbird Writes 14h ago

The birth of a new political culture?