Diverse China: A Tartar dance at a house party for visitors in a Uyghur village in Xinjiang, China.

Xinjiang is in the spotlight again as the US and West renew their accusations of China violating human rights. But this time around, Beijing is vigorously fighting back.

LAST Monday, four journalists – including me from Sunday Star – were invited to the Chinese Embassy in Kuala Lumpur for a briefing on the latest developments in Xinjiang, which to many Malaysians is a romantically colourful place but unsafe.

Xinjiang has a history dating back 2000 years, when the ancient Silk Road linked China with Italy and Greece.

Yet now, the moment you mention Xinjiang, this northwestern Chinese province conjures up images of bloody terrorist attacks and violence in the streets, and the Chinese Embassy is aware of this common reaction. Bai Tian: 'If you have not seen Xinjiang, you do not know how big and how beautiful China is.'

However, since 2017, many tourists have begun to return to this place famed for a scenic landscape, the Gobi Desert, glaciers, nomads, Uighurs’ charming music and dances, and savoury roast mutton chop.

“From 2016 to 2019, there were no riots and no terrorist attacks in Xinjiang. It is now a safe and peaceful place. You can walk in the streets freely, even at night. I was there last year, ” declared Bai Tian in his Monday briefing.

But before 2017, this region was inundated with news of riots until the Chinese central government cracked down in 2016 to force an end to terrorism and Uighur separatism.

“Between 1990 and 2016, this once backward province of China was a tense battleground between the police and Muslim terrorists, between the Han people and Uighurs, between police and the separatists aiming to form East Turkestan state independent of China. We even saw extremist Muslims killing their moderate brothers, ” Bai Tian noted.

He said terrorists in black robes slashing innocent people with long, sharp knives were a common sight in those dark days, particularly in 2014 – when terror attacks struck almost every day.

According to news reports, China had in 2016 imprisoned extremist leaders, separatists and terrorists who had joined Islamic State. Beijing did not deny these actions.

But there were those who have escaped to the West. They have formed NGOs, which Beijing says are financially supported by the US, to continue their movement against China.

Bai Tian explained that to bring an end to chaos, the Chinese government also set up numerous vocational training centres to de-radicalise and re-educate the young and misguided Uighurs – who account for 40% of Xinjiang’s 22 million multi-ethnic people.

“Beijing also set up boarding schools for many Uighur children, deprived of formal education due mainly to abject poverty. They have to learn the Han language to increase their job prospects when they graduate, ” he said.

But according to the Western governments and media, these are “detention centres” out to torture political dissidents and brainwash the inmates with communist ideology.

They allege over one million Uighurs have been detained. They also claim China is carrying out ethnic cleansing, suppressing Islam and committing cultural genocide. 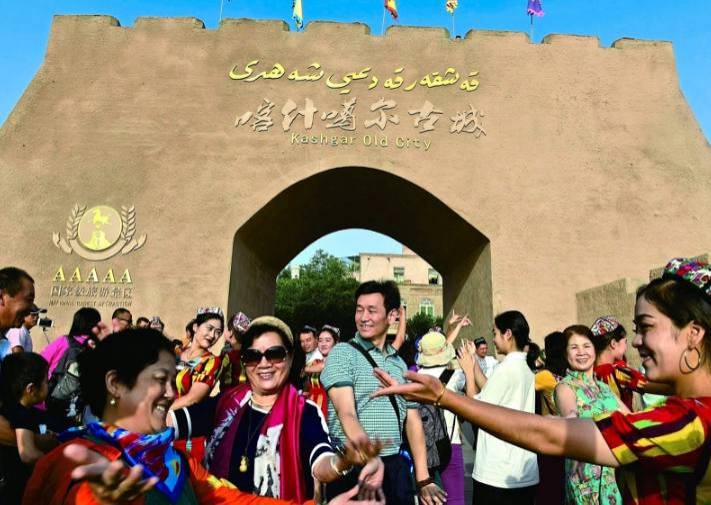 According to Beijing, in 2019, Xinjiang attracted 250 million local and foreign tourists. - Photo courtersy of Embassy of the People's Republic of China in Malaysia

Bai Tian pointed out that despite all these accusations, China has shown the world that its 2016-2019 efforts have brought peace and stability back to Xinjiang.

In 2019, Xinjiang attracted 250 million local and foreign tourists, he highlighted.

Xinjiang is also seeing investments, he added. Over the past nine years, it has received a total investment of nearly 120 billion yuan (RM70.5bil).

Bai Tian now wants to promote Xinjiang as a tourist destination for Malaysians. The embassy is working with tour agencies to plan direct or chartered flights for travellers.

“If you have not seen Xinjiang, you do not know how big and how beautiful China is, ” said Bai Tian, adding that the area of the province is equivalent to one-sixth of China.

However, China’s achievement in Xinjiang has not been highlighted by the media as this has been eclipsed by a non-stop smearing campaign and flow of fake news against Beijing, he noted.

In the past, Beijing had largely reacted by issuing statements via its foreign office.

This time around, however, many state-owned media organisations have jumped in to help counter what they described as “malicious” allegations.

Xinhua News, China Daily, Global Times and CGTN are among the media groups that have churned out many positive stories on Xinjiang, recounted its success and retorted “fake news”.

In addition, Chinese embassies are stepping up their media offensives.

Chinese Ambassador to Britain Liu Xiaoming, who has a powerful command of the English language and a strong grasp of issues, has succinctly put down his hostile interviewers.

Locally, Bai Tian has become proactive. He wrote two articles on Xinjiang last year and is inviting journalists to visit it.

He said: “Seeing is believing. 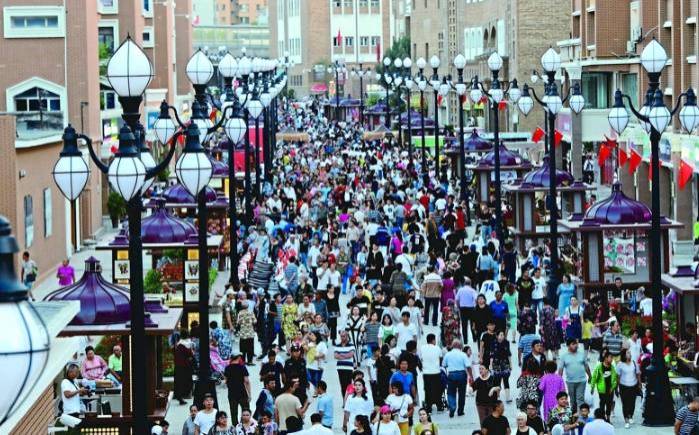 Seeing is believing: Beijing says that Xinjiang is now safe, peaceful and prosperous.

You will see for yourself how safe, peaceful and prosperous Xinjiang is now. You can talk to any Uighur freely and no police will watch you.”On allegations that China is suppressing Islam, Bai Tian said China’s Constitution guarantees that every individual has religious freedom.

The existence of 24,000 mosques (which translate to 530 Muslims: one mosque) and 30,000 imams in Xinjiang is testimony that Islam is allowed to flourish, he argued.

China has also given “preferential treatment” to Uighurs and Muslims of nine other ethnic groups, compared to the Hans, he added.Unlike the Hans, Muslims were not subject to China’s 1978 one-child policy, he said. Their children enjoy 15 years of free education (nine years for the majority Han people) and lower entry requirements for university enrolment.

In Beijing, the local government even bought a piece of land worth 1.5 billion yuan (RM882mil) in 2018 to reserve it as burial ground for Muslims, he added.

“All these show that Uighurs and Muslims are well treated, better than the Hans (the majority group in China). But the Hans have no complaints as we know the less well-off minorities need help, ” said Bai Tian as he went through his information sheets.

He stated that no government or sovereign will tolerate any form of separatism, hence when Malaysian NGOs protested outside the embassy last month with banners showing “East Turkestan”, their petition was ignored.

Bai Tian reiterated: “The Xinjiang issue is not about race, religion or human rights. It is about fighting against terrorism, stopping violence and tackling the secession issue.”

According to the envoy, the central government is developing and modernising Xinjiang. Last year, the allocation for the province was 40bil yuan (RM23.6bil).

Apart from Beijing’s allocations, Xinjing also receives allocations from other richer provinces in China, he noted.

Xinjiang aims to eradicate absolute poverty this year by lifting 165,000 people out of poverty, according to a Xinhua report.

From 2014 to 2017, China has uplifted 1.85 million Uighur Muslims out of poverty, according to a CGTN documentary.

Today, Xinjiang is viewed as an important economic region under China’s Belt and Road Initiative. About 1,000 trips of freight trains transport goods between China and Europe via Xinjiang annually, CGTN reported recently.

Bai Tian said while the West turns a blind eye to Xinjiang’s economic progress and success in breaking free from terrorism, many other countries – including Muslim nations – are giving Beijing its due recognition.

Last October, a total of 54 countries signed a joint statement at the United Nations voicing support for China’s efforts to rid Xinjiang of extremism and terrorism and praising it for its “remarkable achievements in the field of human rights”, he highlighted.

This was in response to a joint statement by 23 countries led by the US condemning China’s treatment of Uighurs in Xinjiang.

Among the 54 were 30 Muslim countries that included Pakistan, Syria, Oman, Kuwait, Qatar, the United Arab Emirates and Bahrain.

China’s long battle against terrorism in Xinjiang seems to be over, but its war against non-stop allegations by anti-China countries and hostile media has just started.

Another view of Xinjiang 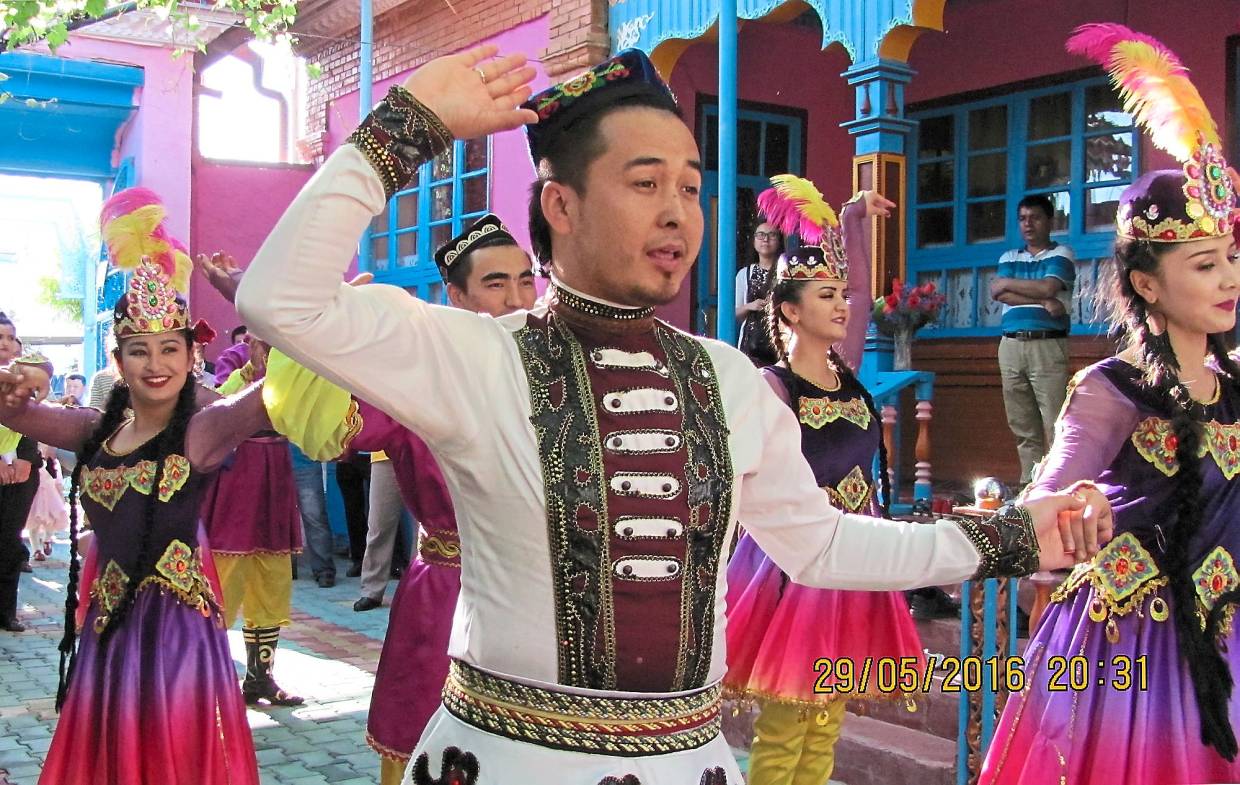 Diverse China: A Tartar dance at a house party for visitors in a Uyghur village in Xinjiang, China.

Bai Tian: 'If you have not seen Xinjiang, you do not know how big and how beautiful China is.'

Last year, Xinjiang received some RMB18.8bil from 19 provinces and municipalities for poverty alleviation and people’s well-being programmes, as well as economic development.