PETALING JAYA: More Malaysians are likely to become flood victims as a result of the increasingly frequent wet weather.

Climate change has brought freak storms and prolonged rainfall, and the erratic weather is expected to worsen and cause even greater damage to the nation.

The recent floods were unprecedented in scale – particularly in the Klang Valley – and things are expected to get worse unless immediate action is taken to protect the environment.

At the end of January, a "mini tornado" – known as a landspout – formed in Lembah Kinta, Perak, destroying hundreds of homes just before Chinese New Year.

Academy of Sciences Malaysia (ASM) council member Dr Helen Nair said the uncontrolled development in Selangor and mass logging in Sarawak were the reasons these states are experiencing frequent floods.

“Climate change has impacted us mainly because we have gone down the road of economic development too fast without due consideration of its impact on the environment, and we want to move even faster,” she told StarPlus.

According to the recently published Science Outlook 2020 (SO2020) report, the conservation of the environment and maintaining Malaysia’s natural capital were not given enough priority compared to other development initiatives.

“Weak enforcement, insufficient resources for protecting the environment, and unfettered industrial development has made the country vulnerable to risk arising from climate change and global warming,” read the ASM report which was published late last year.

No where can this be more clearly seen than in the increasing floods and erratic storms happening across the country.

A Climate Risk Country Profile stated Malaysia is particularly vulnerable to flooding, with this natural hazard contributing more damage than any other the country experiences.

“Frequency and extremity of flood events have increased in recent decades with projections they could increase with continued global warming.” it said.

It also estimated that more than 172,000 people will be impacted by flooding between 2035-2044 if nothing is done to curb the problem.

It used to be the monsoons which would bring heavy rainfall and floods to the east coast, but now, the western states are also facing this problem, she said.

“It is the result of the big changes that have taken place in the landscape and the seascape,” said Helen, who is also an ASM fellow for the biological, agricultural and environmental sciences, and chair of the report's Environmental Pillar.

The recent devastating floods in Selangor is due to the cutting of most of the green lungs as well as improper town planning has resulted in lack of water retention areas and clogged drains, she added.

She said there is a lack of proper infrastructure to handle the increased population growth, which resulted from the economic boom that happened in the Klang Valley.

“The management of our drainage system and the planning that goes with it is sadly lacking throughout the country.

“We have pipes and drains that are really very old and this really cannot cope with what comes when there is a huge flood. 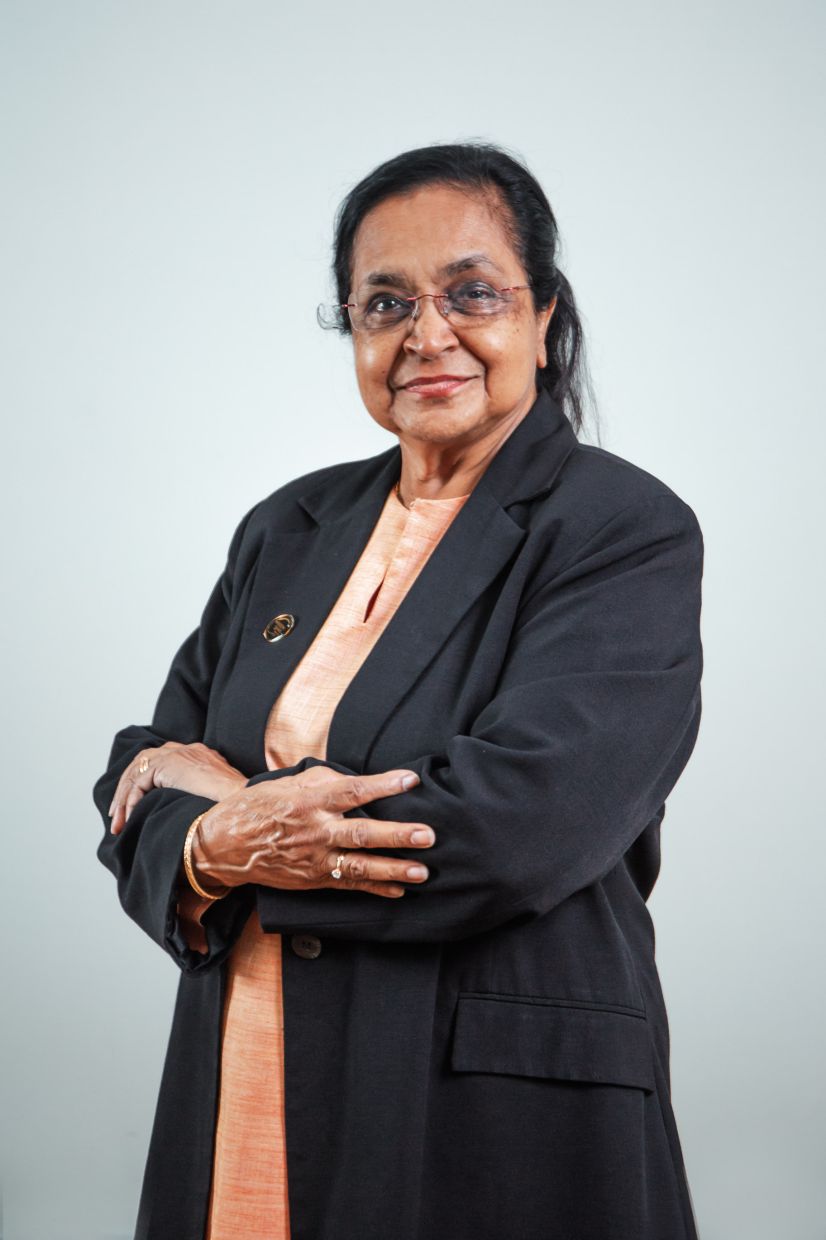 Helen: The amount of money we spent on remedial work is much higher what we would be spending if we had taken better care of the environment.

“Of course we should try to avoid the flood but you need to have some sort of mitigation and planning so that we are able to cope with a disaster as it happens,” she said, adding that the amount of money we spent on remedial work was way beyond what we would be spending if we had taken better care of the environment.

A whopping 75% of disaster damage in Malaysia, after all, are the result of floods, the SO2020 report noted.

“The average cost from annual flood damage was estimated to be around RM100 million in the 1980’s, increased almost tenfold to RM915mil in the early 2000s,” read the report.

The report added that Malaysia has lost an estimated RM7.8bil to environment-related disasters over the last 24 years.

“This does not include an estimated RM947.2bil to welfare cost of environment-related premature deaths.”

Based on a separate 2021 Special Report on Impact of Floods on the December and January floods, the floods caused losses amounting to RM6.1bil, which is equivalent to 0.4% of the nominal gross domestic product.

"We have to address climate change or it will impact us," said Helen.

“It’s not to say economic development is not possible but it must be done the right way.

She said the repeated flooding can be avoided by investing in scientific research and building institutional capability where actions to balance adaptation and mitigation should be implemented at all levels as outlined in the Sendai Framework for Disaster Risk Reduction.

“ASM analysis has shown that most advanced countries such as Scandinavian countries that invest in ensuring sustainability and take care of the environment are able to also enjoy economic growth.

"Malaysia would need to emulate this to join the high echelons of developed nation,” Helen said.

The government is clearly serious about tackling the problem as can be seen in the huge allocations given for flood mitigation in the various Malaysia Plans.

The latest Malaysian Plan has earmarked more than RM9bil towards flood mitigation efforts.

This was used for setting up the National Flood Forecasting and Warning System as well as scheduled irrigation, river basin studies, and drainage master plans for major towns together with other structural and nonstructural measures.

“However, this may be insufficient as the number of areas affected by flooding increases and project costs rise,” read the report.

It also said climate change has intensified the rainfall and flooding happening in the country.

“Urbanisation, extensive logging, deforestation of peat swamp forests as well as reclamation of mangroves are all contributing factors of the record-breaking floods in the past 30 years,” it added.

The following are scenes from the floods that covered various parts of the country over the past three months.

Tough for M'sia to hit zero single-use plastic target by 2030, says expert
Climate change and human health are intimately linked
Microplastics could be in our blood
We are all breathing in polluted air
Global warming could increase the risk of low blood sodium
Health of our planet impacts our own wellness, says KJ on World Health Day
Drug waste polluting rivers worldwide
Teenagers' mental health affected by climate change
Climate change affects our health too
Covid crisis points to climate challenge ahead