It makes business sense for companies to measure their carbon emissions, report it, then reduce it.

IN the mid-2000s, retail giant Walmart started scrutinising the greenhouse gases emitted by the company’s activities. To its surprise, it discovered that its biggest source of emissions was not its truck fleet, but the refrigerants used in its chillers. Armed with that knowledge, it switched to climate-friendly refrigerants, thereby shrinking its carbon footprint.

Experts say carbon auditing lets you know your business better. Measurement leads to management, and in the case of Walmart, enabled it to take the right action. Once a company has mapped its carbon footprint (how much is emitted and where), it is better able to plan ways and means to curtail emissions and set targets for them. Under the Kyoto Protocol, the global treaty that addresses climate change, emissions are to be lowered for six greenhouse gases (GHG): carbon dioxide, methane, nitrous oxide, hydrofluorocarbons, perfluorocarbons and sulphur hexafluoride.

There are many examples of how carbon mapping has helped corporations green their operations and cut cost. Just like Walmart, Britain’s Co-operative Group, which started measuring emissions in 2006, found refrigerants to be its biggest emitter, and subsequently reduced its emissions by 600,000 tonnes a year. For technology communications company Cisco Systems Inc, the answer to its carbon woes is to set up virtual offices linked to each other through telepresence and web conferencing. This brought down staff travel by over 40% in five years.

Mathias Varming, senior consultant at YTL-SV Carbon, explains some of the benefits that come with carbon measurement, management and disclosure: increased transparency to shareholders, clients and the public; manage and cope with threats arising from climate change; identify areas where energy efficiency can be improved, which in turn can lead to both emission reductions and cost savings; and set up benchmarks against their peers.

It can also improve customer relations, adds Varming. “Studies show that more and more customers take sustainability, especially carbon footprints, into account when they buy a product. They are more likely to choose the produce of a company which takes into consideration its carbon footprint and shows that it is managing it. If you report your emissions, you do stand out.”

Globally, carbon reporting is gaining traction – often due to legislative pressure. The British Government made it mandatory for companies listed on the main market of the London Stock Exchange to state GHG emissions in their annual reports beginning this month.

A company director who fails to do so, or make a misleading or false statement, can face up to six months in prison. Major European Union carbon emitters (such as utilities and energy-intensive industries) are also required by law to either reduce their emissions or off-set them (such as by investing in renewable energy schemes).

Though carbon reporting is still within the domain of big companies, these giants are gradually pushing smaller companies to come onboard, such as when Walmart insisted that its suppliers calculate their carbon footprints, too.

In Malaysia, carbon mapping is still in its infancy. It is mostly large companies, often with overseas owners, which currently undertake carbon mapping, such as IBM, Nestle, Carlsberg, Digi and Maxis. Next year, however, a local voluntary carbon reporting scheme, called MYCarbon, will be launched to encourage companies to audit their activities for GHG emissions and plan reduction measures.

“We want companies to look at their business from the carbon perspective, so we are providing them with the tools to do in-house analysis on their carbon emissions,” says Natural Resources and Environment Ministry official Dr Gary Theseira.

“When they get the numbers, they can report it. They can also use the data to improve efficiency and as a corporate benchmark to compare with other companies. Knowing this will inform and empower companies to view their business from a sustainability standpoint or even consider carbon labelling.

“The whole focus (of MYCarbon) is first, sustainability, and second, competitiveness. Our goal is to help companies find areas where they can be more efficient, and so, more competitive.”

The calculations and reporting will be web-based and the information will be confidential as it will not be accessible to the public. The ministry hopes to get 20 companies to participate in the pilot phase of the carbon reporting scheme.

Dr Theseira, who is deputy under-secretary in the environment management and climate change division, says MYCarbon will also generate data which currently is not readily available.

He cites the example of diesel: “We have figures on all the diesel sold in Malaysia but not where it is used, either in TNB generators, factories or motorbikes. And we don’t know where the greatest user is and where to manage. The only way to get that information is from bottom up (where the users report their usage).”

Another group of indirect emissions, Scope 3, which are often excluded from calculations, are those caused by a company’s activities but emitted by another party.

They include climate-warming gases released through a company’s supply chain, such as emissions from the extraction, production and transportation of raw materials by a third party; emissions from outsourced waste management; and employee travel in third party vehicles.

These are included in calculations only if they have an impact on end-users.

Aside from the sources of GHG emissions, the company should also identify sinks and reservoirs (such as tree-planting projects) as these will help absorb the emissions. The company can choose to communicate its carbon inventory in its annual or sustainability reports or in disclosure schemes (such as the Carbon Disclosure Project or the Global Reporting Initiative). 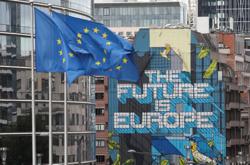 EU ministers to agree to make climate neutrality by 2050 binding 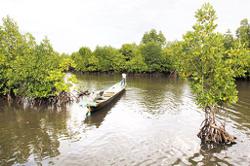 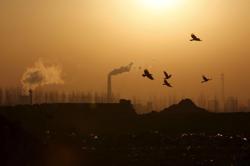