WITH help from the #StandTogether competition, students across Malaysia are implementing their own ideas to make their schools a kinder place.

Timothy Nathan, 17, from SM Stella Maris had no idea how close he came to losing one of his best friends after they had drifted apart in Form Four. 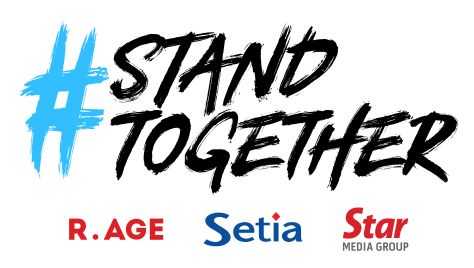 “It was only when we reconnected that my friend told me she had been self-harming.

“I felt responsible for her pain. I should have been there for her, but I wasn’t. Nobody was,” he said, not wanting to identify her.

Nathan had been stunned by the revelation, but with it also came a sense of determination – nobody should ever feel like they had no one to turn to again.

So when he heard about the #StandTogether Competition in conjunction with the inaugural National Kindness Week, he knew exactly what to do. 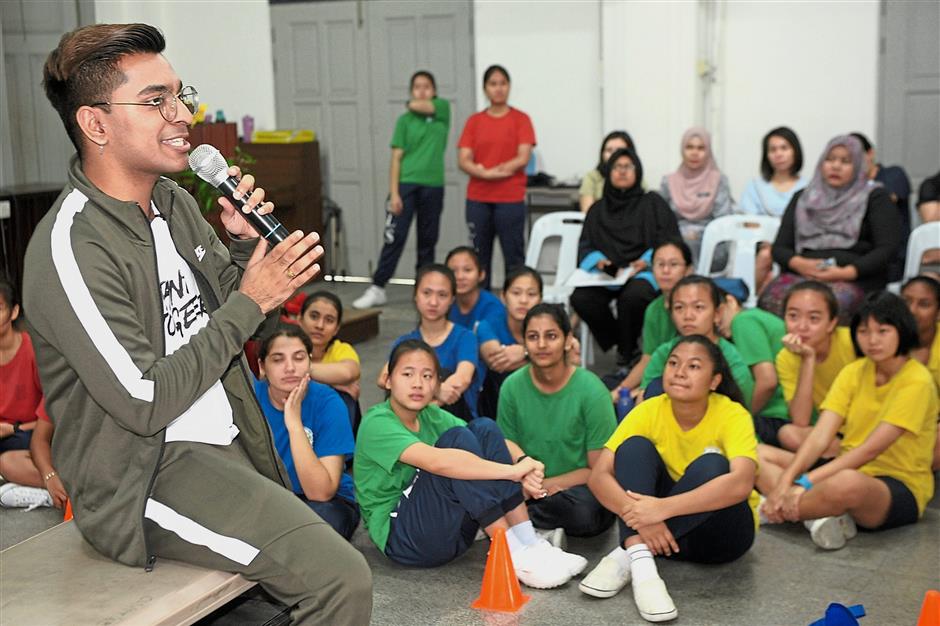 Arwind shares his experiences and insight on bullying and kindness with Convent Light Street pupils.

The #StandTogether Competition is a call to students across Malaysia for ideas on how they would like to make their schools a kinder place in conjunction with National Kindness Week.

A RM30,000 grant fund was distributed to the 30 best proposals, while the top 10 would also get a celebrity school visit.

Teaming up with a group of his schoolmates, Nathan and his friends decided to transform their school’s assembly hall into a room containing what they call “listening booths”.

Filled with tables and chairs and games and snacks, students can drop in to escape from the heat, have a personality test done, play board games, or just talk to someone.

It’s too early to say whether their idea is a success, but some students have taken the brave initiative to open up to Nathan or one of his teammates.

Something that might not have happened with an adult.

“I am a counselling teacher and I felt that the students would be more comfortable with their own peers,” said Christina Joseph, the teacher advising Nathan and his team on their project.

“There is a certain stigma towards going to a counsellor among some students, so perhaps they could help their own friends, find support with each other.”

As radical as it sounds, kindness could be the one thing keeping some students alive.

Up to 12% of children below the age of 13 suffer from suicidal tendencies, according to the Health Ministry’s 2014 Health and Morbidity survey.

A study by Yale University found that victims of bullying were 7 to 9 percent more likely to consider suicide, while another British study found that 50% of suicide cases among teens could be traced to incidents of bullying.

A team of students in SMK Convent Kajang, another grant winning recipient, came up with the idea to keep boxes of kind and encouraging messages from students at the back of their class as a way of combating bullying with kindness.

Nik Nur Alya Najwa, 16, was inspired to implement her “boxes of kindness” idea because she wanted to change the culture at her school. “Studying in a girl’s school, we don’t have physical bullying like they show in the media.

“But girls can be mean to each other, maybe because of jealousy.

“We want the girls in our school to empower each other, not tear each other down,” said Nik Nur Alya.

Nik Nur Alya and her team demonstrated their idea to #StandTogether celebrity ambassador Ismail Izzani, who paid the school a surprise visit. 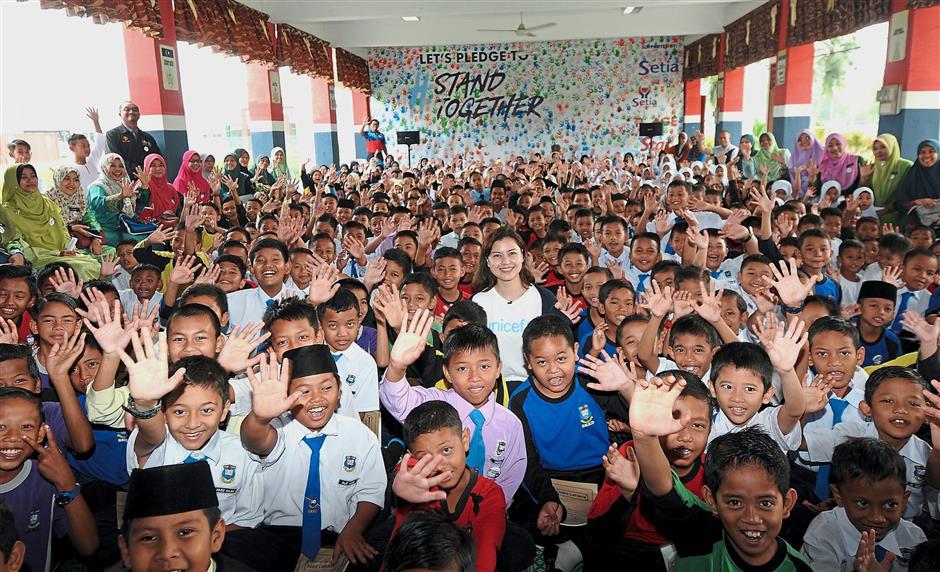 Lisa (standing in the middle) with the pupils from SK Kota Dalam in Ayer Hitam, which were among the winners of the StandTogether “kindness project” competition.

It was during their presentation that a student in the audience made a startling but heartwarming public confession.

“I have a confession to make.

“I have been suicidal.

“The only thing that kept me going was my friends.

“Reading these quotes, which are from my friends and classmates, makes me feel better,” said the student, 16.

Even with the RM1,000 grant, it would have been nearly impossible for students like Nathan and Nik Nur Alya, to do it alone without the support of their school.

Luckily for them, they had the help of teachers willing to take time out of their already hectic schedules.

“Some people may think that a teachers’ job is to teach their subject and go home but that’s not true at all.

“We are here to guide them, not just in their academic subjects, but the subject of life, how to be better humans,” said Christina.

Not all the #StandTogether Competition winners found out about the contest on their own. 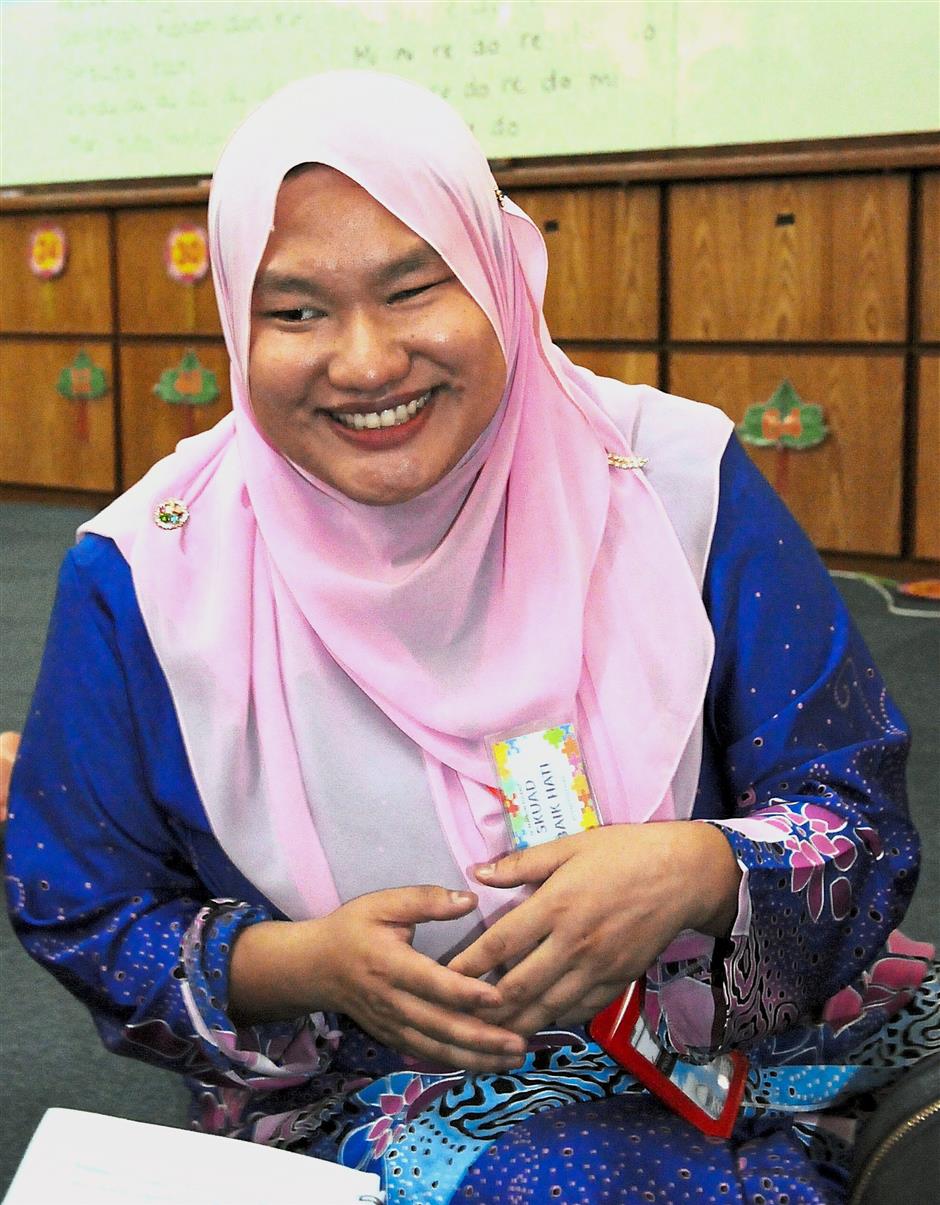 Zatusy who is blind in one eye and has impaired vision in the other, says she wants to stop kids who are different from being judged.

Some, like the team in SK Tambun Tulang, had the grant brought to their attention by their teacher, Zatusy Syamam Naim.

“I thought, now that I’m a teacher, maybe I can change something, stop kids who are different from being judged,” said Zatusy who as a child witnessed her friends with special needs being bullied.

“From that experience, I learned that maybe the children who call people names aren’t bad. Most of them don’t know what they’re doing is wrong, but then they become adults, and they become adults who judge those that are different from them.

“As a teacher, I can teach them to be kind. I can start here, start young, and shape them.”

Despite the short submission time (three weeks), around 120 schools sent in their kindness proposals, and although only 30 were selected as recipients for the grant, many decided to carry on with their kindness projects anyway.

Not all schools could afford to implement their students’ ideas, but it’s possible they might get the chance to next year.

Fakhriyyah Muhardi, an assistant director from the Education Ministry’s education planning and research division, said that National Kindness Week could be recognised in the academic calender as early as next year.

According to her, creating a culture of kindness takes time and slow, steady effort.

“The programme needs to be carried out until kindness becomes a part of us,” she said, although she cautioned against making it compulsory.

“We might not make it a mandatory thing because we always keep the workload of our teachers in mind, and also because it would go against the spirit of the week.

“The voluntary nature of the campaign encourages people to do it out of the kindness of their hearts, not because they want certificates,” she added.

The 10 competition finalists will be attending the #StandTogether Carnival today at the Setia City Convention Centre to celebrate Malaysia’s first ever National Kindness Week and present their ideas to a live audience to be in the running for the title of “Malaysia’s kindest school”. 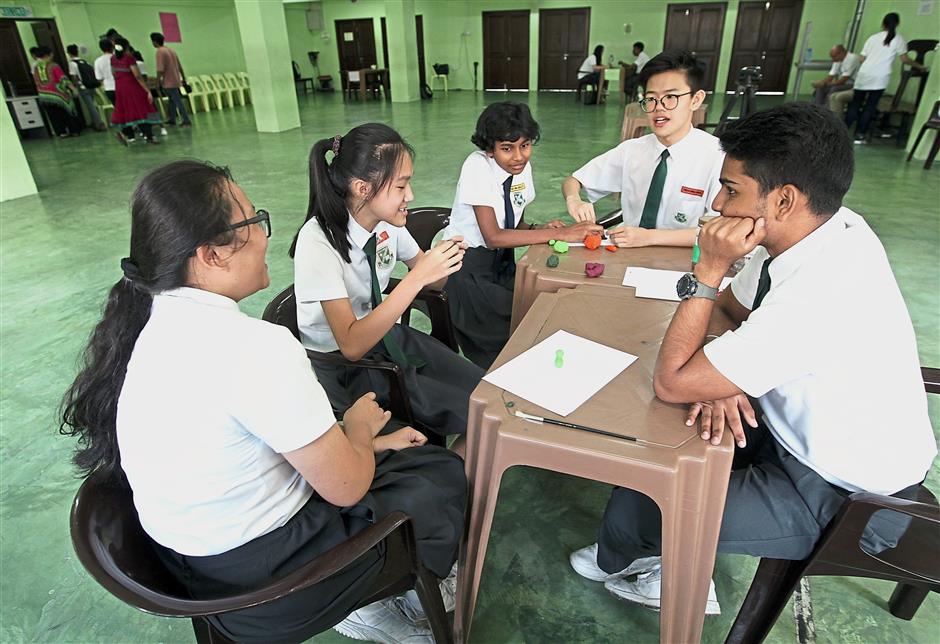 SM Stella Maris sets up a “listening booth” for students who needed someone to talk to, but some just wanted to paint.

The carnival will also have expert talks on bullying, outdoor activities, a self-defence workshop by MMA stars, a blind football trial, food trucks, and a bazaar.

It will take place from 10.30am to 6.30pm and will also have carnival games, music performances and workshops for parents.

It is open to the public, and admission is free.

Also present will be #StandTogether celebrity ambassadors such as Ismail Izzani, Arwind Kumar, Harith Iskandar, Lisa Surihani, Ann Osman and Rabbit Mac, all of whom will either be performing or speaking about their experiences of being part of the #StandTogether campaign.

To register for the bazaar for free, go to bit.ly/stcarnivaleng.

SP Setia and R.AGE initiated the #StandTogether campaign in response to a spate of school violence cases last year.

The campaign was quickly endorsed by the Education Ministry, Unicef Malaysia, Digi, Petrosains, 100% Project and Study Hub Asia. Teach For Malaysia came on board to help refine and develop the programme. 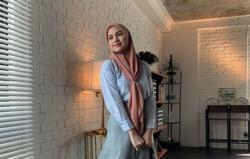 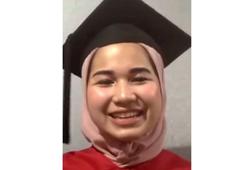 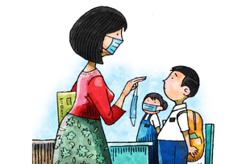