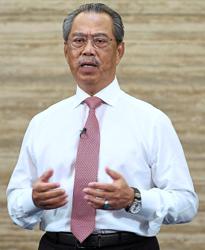 It is important that schoolchildren are well-nourished so that they can study well in class. — Filepic

The Healthy School Canteen Management Guide is enforced this year to limit the access and availability of unhealthy food and drinks to school children.

THE new school year has started and a quick scan of parental Facebook groups show many happy mummies cooking and packing some pretty delicious and nutritious food for their children to eat during recess.

But what about those children who do not bring packed lunch boxes to school every day? They also deserve to eat something well-balanced nutritionally.

Gone are the days when one could find chocolates and potato chips in school canteens. 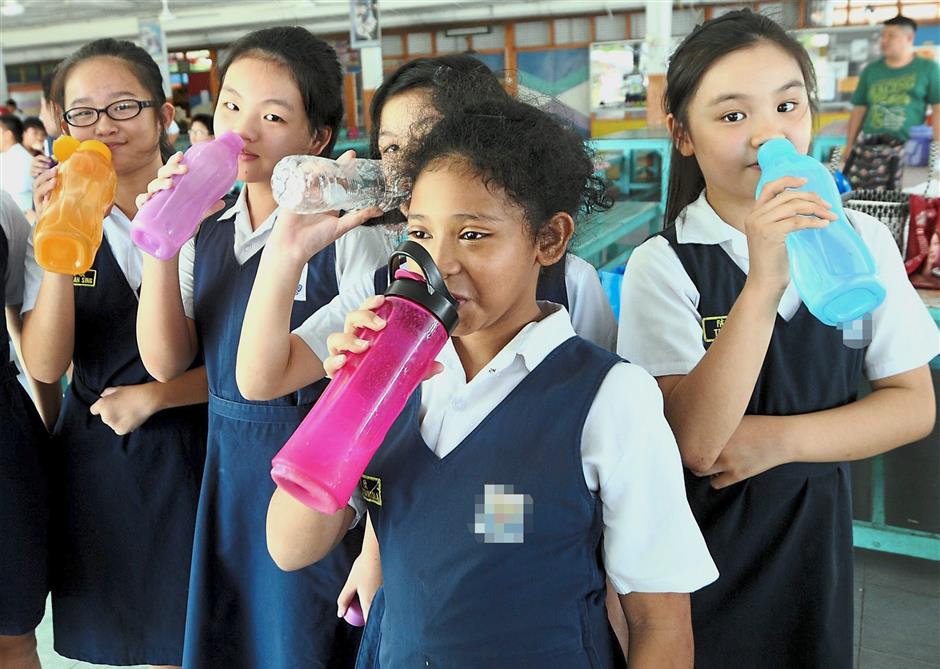 Schoolchildren are encouraged to drink water and milk in school, and to avoid sweetened drinks. — Filepic

Today’s school canteen operators are given a strict list of banned food that cannot be sold in government school canteens. (see table)

Health Ministry director-general Datuk Dr Noor Hisham Abdullah says the prevalence of overweight and obesity has been rising among adults and children in Malaysia for the past decades.

“What is more alarming, the prevalence of overweight and obesity among school-aged children are also on the rise which may affect their health status later in life,” he tells The Star.

So it is important that efforts are immediately taken to create a cost-effective nutrition programme to prevent and combat nutrition-related diseases, he adds. Dr Noor Hisham: One of the measures in regards with policy is to ban foods and beverages that are not encouraged to be sold in school canteens.

“One of the measures in regards with policy is to ban foods and beverages that are not encouraged to be sold in school canteens.

He adds that efforts to “healthify” school canteens began in 2016, in collaboration with the Education Ministry under the purview of the National Plan of Action for Nutrition of Malaysia 2016-2025.

The new guide, known as the revised Healthy School Canteen Management Guide, will be enforced this year to limit the accessibility and availability of unhealthy food and drinks to school children.

Dr Noor Hisham adds that school canteen operators are given guidance to implement this new guide. 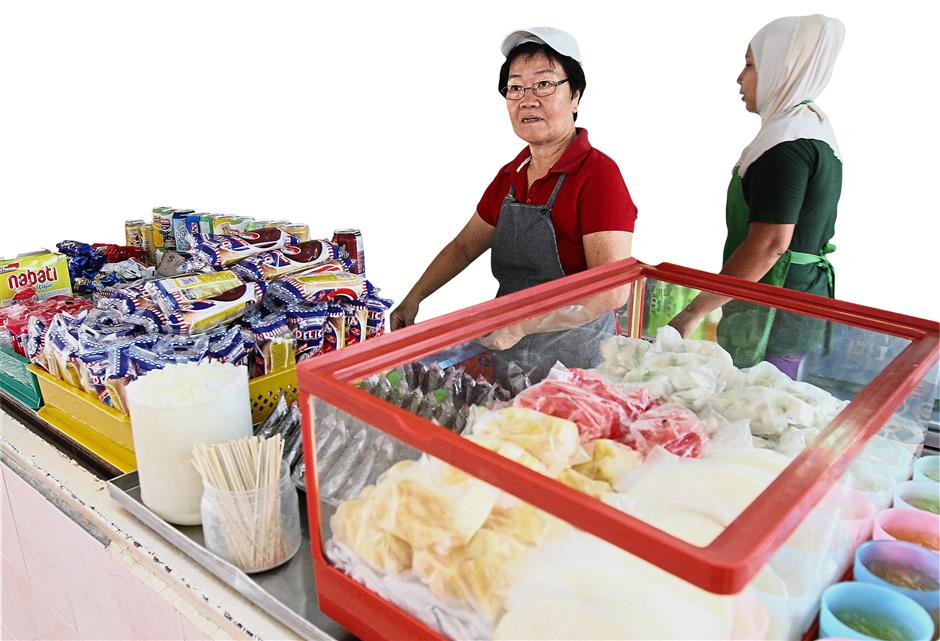 School canteens are no longer allowed to sell cream buns and other junk food. — Filepic

“In general, the food and beverages that are not allowed to be sold are food and drinks that are high in sugar, fat and salt (sodium),” he says.

The Education Ministry stressed that this list must be adhered to by all schools.

School canteen operators have made it a point to adhere to the guidelines.

However, Association of School Canteen Operators president William Huee says that does not mean that there is no more junk food being sold in schools.

“I have visited many schools in Kuala Lumpur and saw the school koperasi (cooperative) and book shops still selling junk food,” he says, adding that there are also vending machines dispensing soft drinks for school children.

He adds that despite the promises of better enforcement, not much has been done by the Education Ministry to curb the sales of unhealthy food within the school compound.

“I feel very uneasy for the children who are drinking gassy drinks and eating junk food in school,” he explains.

“Food and beverages that may contribute to health implications in schoolchildren such as carbonated drinks, sweets and chocolate, ice confections and ice cream as well as processed food such as burgers, nuggets, sausages, are examples of foods that are listed under this category,” Dr Noor Hisham explains. 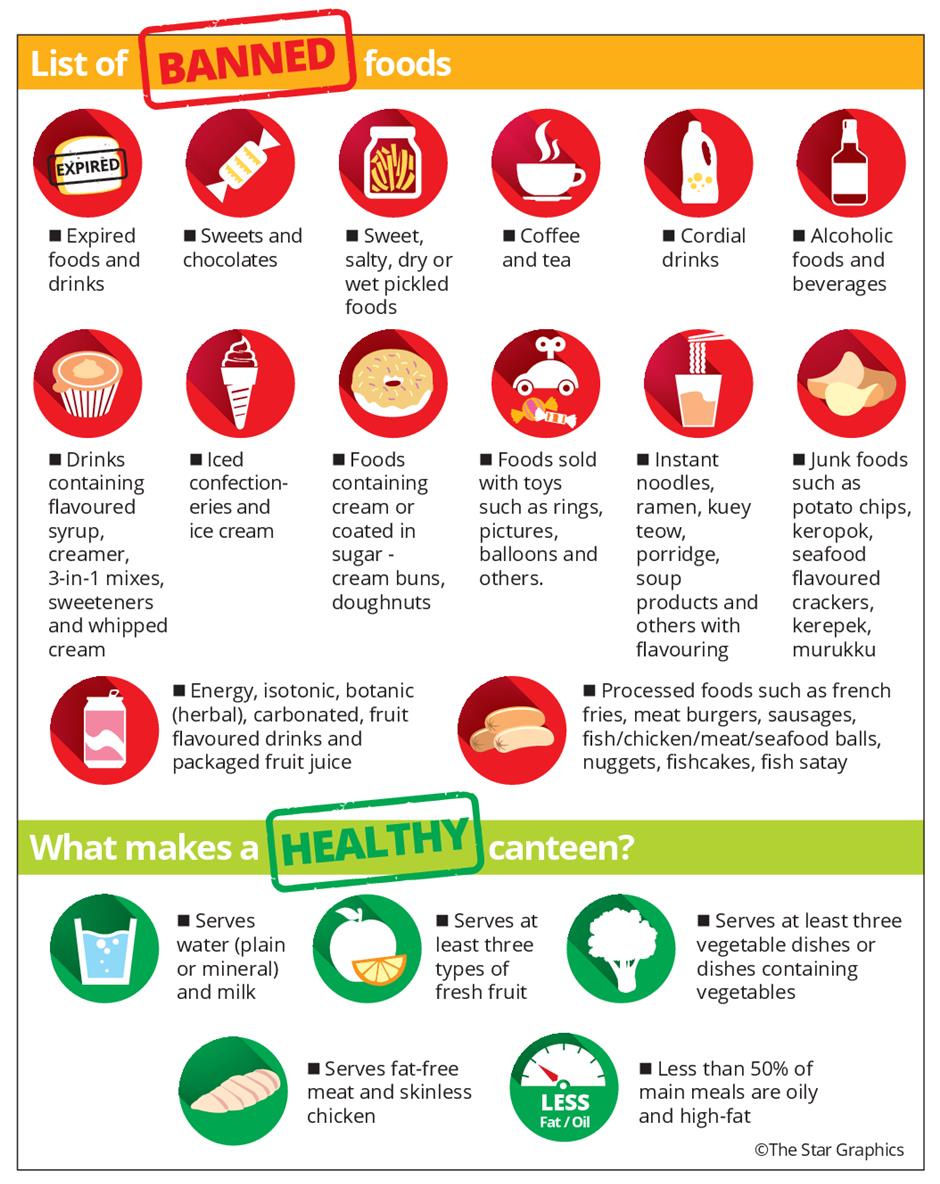 He says the rationale behind removing certain foods from school canteens is to prevent diet-related non-communicable diseases (NCD) that have been increasing at a tremendous rate over the last few years.

Sugar-laden food, a known cause of obesity based on current scientific studies, is something one will find missing in school canteens.

Dr Noor Hisham says that there are four main issues that encouraged the ministry to remove these foods from canteens.

“Sugar is the main cause of dental caries and a low sugar intake could prevent tooth decay.

“Sugar could also promote the development of overweight and obese children and adolescents, either by contributing to excess energy intake specifically after consuming high-sugar food and beverages, or by triggering the appetite leading to overconsumption.”

He also says excessive sugar intake could cause children to eat less micronutrient dense foods, resulting in a greater risk of vitamin and mineral deficiencies.

There is also the possible link that sugar causes hyperactivity and other behavioural problems, he adds.

Eating excessive amounts of fatty foods also leads to obesity while consuming a lot of sodium from childhood has led to high blood pressure in adults.

A study conducted in 2015 showed that 30% of Malaysian children are affected by overweight and obesity problems.

Overweight or obesity is a big risk factor for NCD such as diabetes, hypertension, hypercholesterolemia and certain types of cancer, adds Dr Noor Hisham.

“Persistent obesity in childhood is associated with other lifestyle related diseases that may occur in later life.”

One of the reasons the Health Ministry intervened is because of the rising rates of obesity among school children.

He adds that the Global School-Based Health Survey (GSHS) carried out in 2012, showed a staggering 31% of secondary children drank one or more carbonated soft drinks everyday.

Based on the periodic NHMS, “Malaysians today are growing up in an obesogenic environment that lead to sedentary lifestyles and unhealthy eating habits,” says Dr Noor Hisham.

Canteen operators are also monitored to ensure they adhere to the Healthy School Canteen Management Guide since 2012, he adds.

Checks are routinely carried out by environmental health officers and assistant officers.

Until June 2017, the Health Ministry has monitored almost 40% of school canteens all over Malaysia, he explains.

Dr Noor Hisham also quelled fears that fresh, healthy food will cost more and that these costs will be transferred to the parents.

“The banned foods are not necessarily cheaper than fresh food.

“School canteen operators can still prepare and sell healthy and nutritious food as there are various choices of food and beverages outlined that can be sold in school canteens based on revised the Healthy School Canteen Management Guide,” he says.

He adds that canteen food is normally cooked in bulk and that it is much cheaper to do so compared to processed or ready-to-eat unhealthy food.

Dr Noor Hisham points out that a student’s health is strongly linked to their academic performance.

“School health programmes and policies are most likely to be one of the most efficient means to prevent or reduce risk behaviours, prevent serious health problems among students, and help bridge the educational achievement gap,” he says.

He also says that schools provide the ideal setting to teach children how to lead a healthy lifestyle with a nutritious diet.

He adds that most research on healthy eating and academic performance focused on the negative effects of hunger and food insufficiency and the importance of eating breakfast.

For example, anaemia, or iron-deficiency, is also a major obstacle for school-going children and teenagers.

“Anaemia is associated with poor cognition and lower academic performance,” he says, adding that it can be prevented by consuming iron-rich foods as well as foods high in vitamin C.

Plenty of these options are listed in the latest list of allowed food, he adds.

No matter how much effort the authorities pour into fighting the obesity epidemic that has led to Malaysia being considered the “Fattest Nation of Asia”, none of it will matter without support from the public.

“Parents and school authorities such as teachers and school canteen operators serve as role models to the younger generation in adopting healthy eating while establishing a supportive environment,” says Dr Noor Hisham.

School-aged children are leaders of tomorrow and schools are the best platform to inculcate healthy lifestyles including good eating habits, he stresses.

“Everybody plays an important role in practising healthy eating and a healthy lifestyle to ensure their own optimal health.” 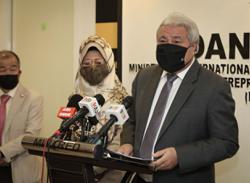