A PERSONAL encounter with a frog when he was just five years old inspired Raja Azeem Idzham, or Ajim as he is better known, to come up with his solo exhibition entitled Matikatak.

The 31-year-old said he had tried to keep the frog he caught in his hometown of Taiping.

“I tried to keep it but it died because I did not know how to care for it.

“That incident left a huge impact on me and moved me to a state of realisation that life is fragile and showed me what happens when we do not think of consequences,” he said when met at his gallery, Galeri Titikmerah, in Publika recently.

Ajim said this exhibition was, in a way, a tribute to the unnamed amphibian that died. 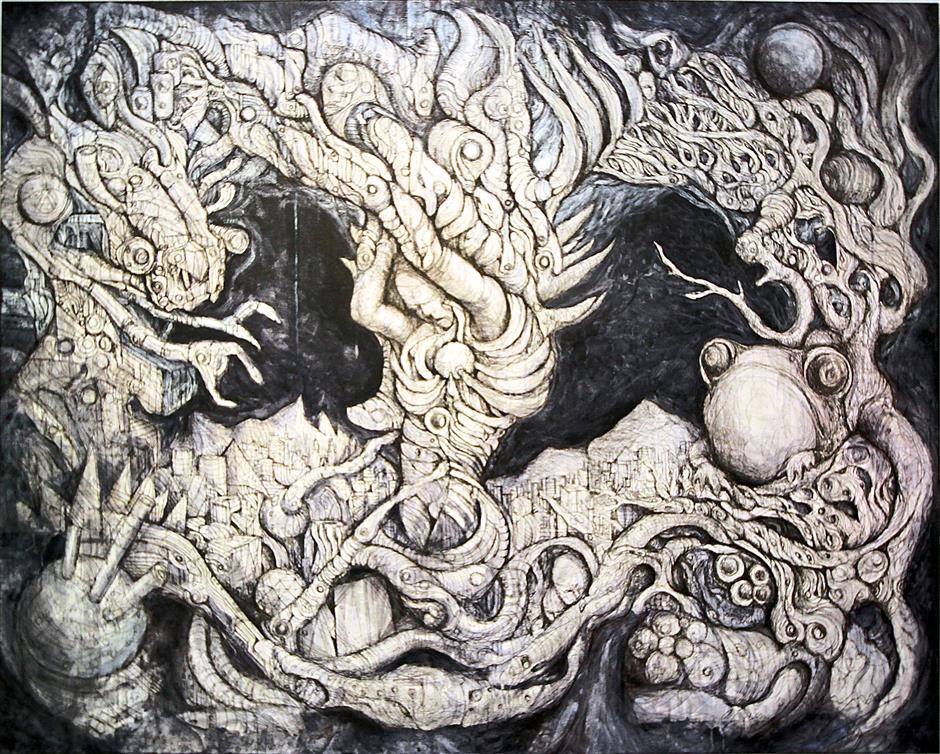 He explained that the name of the exhibition was a play on words from “mati katak”, which is a Malay idiom that means taking action without thinking of the consequences.

It suited the message behind the artworks that centred on frogs.

“Also Mati Katak is an irony. Our actions affecting the environment affects them as they are very sensitive to change in their surroundings.

“According to research, frogs are dying and are facing extinction,” he said.

He said development has caused an imbalance in the ecosystem and is destroying animals’ natural habitats.

“My artwork serves as a reminder. The things we have done to nature and other human beings cannot be undone.

“But we need to change our ways and treat Mother Nature and others better before everything around us diminishes,” he said. A few of Ajim’s artwork that are showcased.

Ajim said many people do not consider how little acts could affect other people as well as the environment such as smoking.

“As an artist, I am helping to bridge the gap between humans and animals.

“I am sending out these messages through my artwork,” he said.

Ajim said there were 26 artworks for this collection with the smallest being eight inches by eight inches and the biggest measuring up to 96 inches by 48 inches.

The exhibition is free of charge and is open from now until Nov 15 from 11am to 10pm daily.

Galeri Titikmerah was founded by Ajim and two other artists — Adeputra Masri and Latif Maulah — in June this year.