THE RESULTS achieved by dairy farmers in Vietnam using low-cost and sustainable methods have been impressive enough to draw the attention of Malaysians.

In an effort to increase the production of milk in Malaysia, Dutch Lady Milk Industries Bhd earlier this year organised a trip for local farmers to Ho Chin Minh to observe the methods used by Vietnamese dairy farmers for animal care and management (including feeding, clinical and veterinary matters), and milk production.

“The company has always placed great emphasis on supporting local dairy farmers in increasing the production of milk in terms of quality and quantity as well as ensuring sustainability of milk supply to Dutch Lady Malaysia,” said Ching. 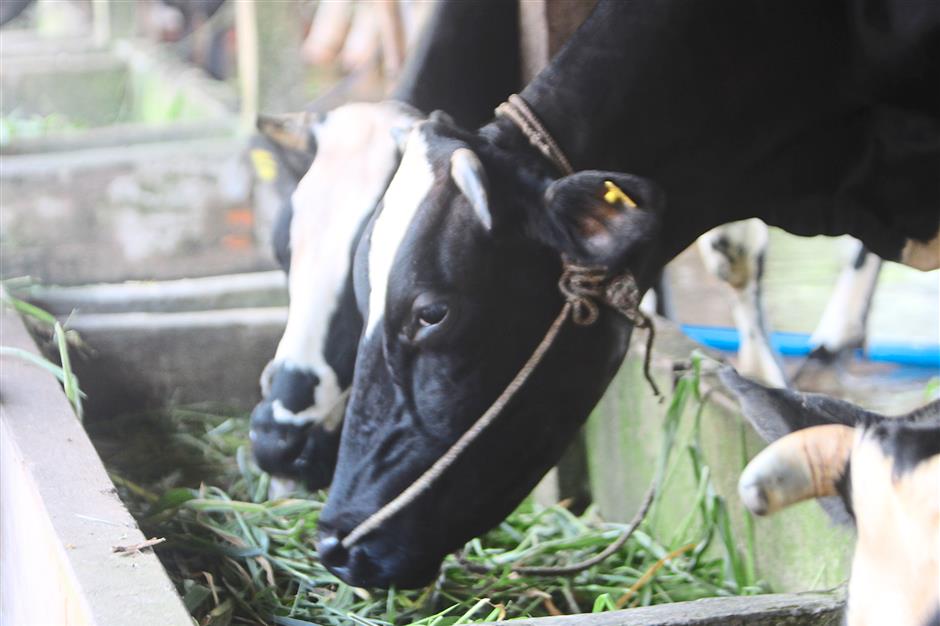 He said, since 2008, Dutch Lady Malaysia has collaborated with the Department of Veterinary Services (DVS), local dairy farmers and the Netherlands Embassy to improve milk production here.

Dutch Lady’s sister company, FrieslandCampina Vietnam, which began their DDP own more than 20 years ago, stands as an example of a successful DDP in South-East Asia, where Dutch dairy farming expertise has made a significant difference to Vietnamese farmers in terms of productivity, milk quality and sustainability.

“FrieslandCampina DDP has made an important contribution to agriculture in Vietnam where their network of 4,800 farms supplies 104,000 tonnes of raw milk, annually accounting for 20% national output since the programme began in 1996,” said Ching.

He said the trip provided an opportunity for selected Malaysian dairy farmers, who are under Dutch Lady Malaysia’s dairy development programme to learn, adopt and adapt to the best in dairy farming practices, knowledge and skills showcased by FrieslandCampina Vietnam.

“They were able to appreciate the different ways in dairy farming operations management that are appropriate to the Malaysian culture and dairy operating framework,” he said.

One of the farmers, Zakaria Abdul Rahman from Linggi, Negri Sembilan said the Vietnam dairy farmers were very disciplined in their farming routines. “They are able to send the milk to the milk control centres within the first hour upon collection.

“With better punctuality to deliver the milk to the centres, this ensures that the milk stays fresh and of high quality,” he said.

Zakaria said this could be an area that can be improved in Malaysia as the current delivery time practice is two-and-a-half hours, as compared to only one hour in Vietnam.

He also said the significant difference between the practices was that most farmers in Malaysia were hiring low-skilled foreign workers to support the works.

“But this is not the case in Vietnam. Family plays an important role in the farm operation,” he said.

Biogas is a renewable energy source and reduces the farm’s carbon footprint, effectively saving electricity consumption and cost while being environmentally-friendly. Malaysian dairy farmers asking Tran (in shorts) about the methods he uses to produce 200kg of milk a day.

Perumal explained that in Malaysia, cow manure is generally used as a fertiliser but in Vietnam, it is converted into biogas via a simple technique that even small farmers are able to employ on their own. According to Perumal, the conversion system used by Vietnamese farmers is inexpensive and only incurs a one-time cost of about US$1,200 (RM3,936).

“This is something that we really look forward to applying in our farms to reduce the consumption of electricity and lower costs,” he said.

He added that the farms in Vietnam had potential to grow further as family-owned farms are viewed favourably compared to commercial farms.

Tran Van Dat, 43, the owner of a farm in Long An province, about one-and-a-half hours from Ho Chi Minh City, , explained that he would pass on his farm to his two children, one boy and one girl, aged 17 and eight respectively.

“To prepare them to take over the farm, my son will take care of the farm with me during summer holidays between the months of June and September.

“So he gets hands-on experience while working on the farm with me,” he said.

Tran said he picked up his dairy farming skills from his neighbours who are also farmers.

“The most important thing that I learnt was how to milk cows in a hygienic manner,” he said.

The visiting Malaysian dairy farmers were impressed that he only has 30 cows yet produces 200kg of milk a day.

When asked on the difference in DDP in both countries, Ching said DDP in Vietnam and Malaysia were at different stages of development. 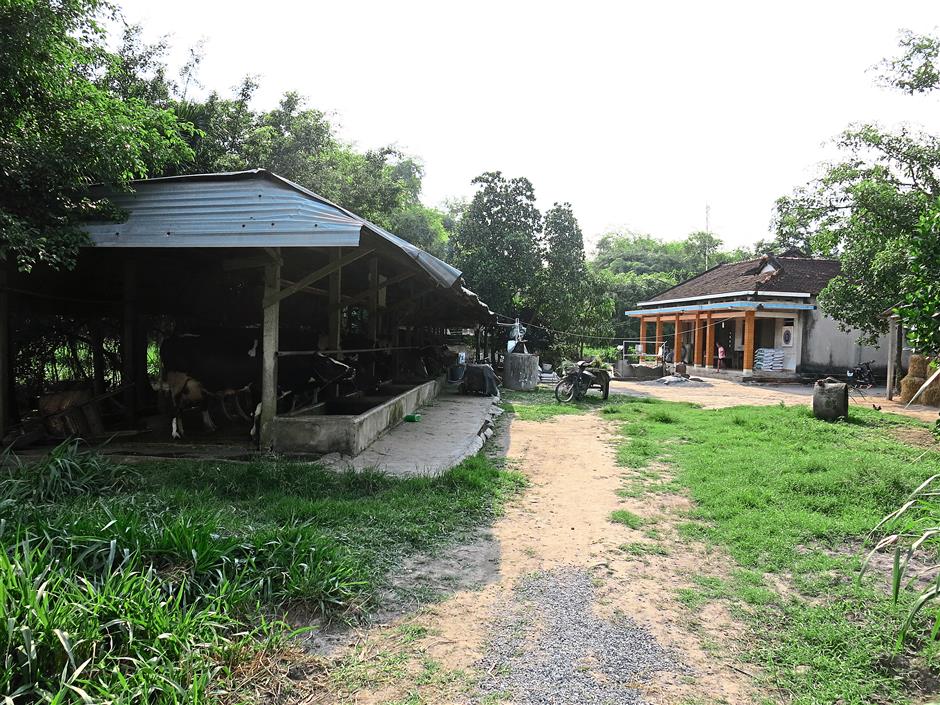 Tran’s humble farm in the Long An province is about one-and-a-half hours from Ho Chi Minh City.

“DDP in Vietnam has matured since it began in 1996, where it is much, more structured with established systems and processes.

“In coping with logistical challenges and high volume of fresh milk in Vietnam, it is essential that the processes are automated as much as possible and the milk collection at the centresis done with modern equipment.

“In Malaysia, together with the dairy farmers and the DVS, we aspire to move towards that direction,” said Ching.

He said, since they began the DDP in 2008, they have been working with DVS and their local dairy farmers in getting the fundamentals right to ensure that we increase volume and improve the quality of fresh milk.

This includes developing the knowledge of local farmers about proper dairy farming techniques as well as operations management.

“Using our dairy heritage and expertise, we bring dairy experts from Holland to educate local farmers and DVS officials on areas such as animal health and nutrition,” Ching said.

On the direction of the DPP in Malaysia, Ching said DDP’s core focus remains to improve the quality and quantity of locally-produced fresh milk, which will contribute towards improving the income of dairy farmers.

“Our plan is aligned with the government’s target of raising the level of local fresh milk production to 120 million litres and self-sufficiency a t 8% by year 2020,” he said.

He added through DDP in Malaysia, they will continue to organise and develop short-term training sessions to Vietnam for the local dairy farmers to pick up technology advancement knowledge and skills.