Shooting and poisoning are increasingly being used as methods to reduce the number of stray animals but non-governmental organisation Trap-Neuter-Release-Manage (TNRM) Malaysia feels there are much more humane ways to deal with this issue.

The method advocated by TNRM involves rescuers trapping the animals, neutering or spaying and, finally, releasing the strays back to the streets.

There will also be a “manager” in an identified area, usually someone who feeds the dogs, so the public knows that there are people minding the animals.

TNRM works with the Society for Prevention of Cruelty to Animals (SPCA) Selangor under MissionHELP, a community outreach programme to improve the lives of animals through animal rescuers.

Through this campaign, SPCA provides partly or fully subsidised vaccination and neutering for the animals that are brought in and the neutered strays can be identified by their snipped off ear-tips.

TNRM’s goal is to reduce the number of strays through attrition — death from old age or natural causes.

This programme, known as TNR overseas, traces back to England in the 1950s.

Countries such as the US, UK, Hong Kong and Italy have long employed this method, which started off as a humane way to control feral cat populations but has since included stray dogs as well.

In Italy, TNR methods have been outlined in national law and they have a no-kill policy for stray cats and dogs since 1991. (Natoli, E. et al., Management of feral domestic cats in the urbanenvironment of Rome (Italy), Prev. Vet. Med. (2006)

More than 200 local governments in the US have enacted policies in support of the programme. (Elizabeth Holtz, JD “Trap-Neuter-Return Ordinances and Policies in the United States: The Future of Animal Control,” Law & Policy Brief [Bethesda, MD: Alley Cat Allies, January 2013]).

TNRM Malaysia co-founder Stuart Tan said in countries such as Germany, statistics had shown that the programme helped in dealing with stray animal populations.

“In Germany, you hardly see strays because most live in shelters built by the local authorities, or are kept as pets in homes,” he said.

TNRM Malaysia was founded in 2012, when Tan and three other core members decided to introduce the practice in Malaysia.

“How it works is that a feeder in an area will contact us, either via phone or through our social media site. These feeders are usually people who feed the strays regularly, but can’t afford to adopt all of them,” he said.

“We also receive calls from members of the public, but we give priority to feeders as the animals are familiar with them and are easier to catch by hand,” said Tan.

“Even if the strays are unfriendly, they are used to the feeding routine so we can easily lure them into enclosures,” he said.

Once the strays are caught, TNRM volunteers will transport them to SPCA’s Klinik Kembiri in Setapak, or a private vet, for neutering.

The animals are kept in a transit centre before they are sent back to their original pickup spots and will continue to receive regular food supply from the feeder.

To-date, TNRM has neutered about 400 stray cats and dogs and managed to re-home about two to three hundred animals.

There are currently seven volunteers who operate within Klang Valley and Tan explained that their main work involved trapping and logistics.

The group relies on public donations to cover the costs of neutering, medical attention as well as transportation costs, which come up to RM5,000 a month.

TNRM co-founder Jean Liew stressed that they were not animal rescuers.

“While rescuing stray animals is a great effort, it does not solve the root of the problem.

“Our centre in Kajang is called a transit home because we release the animals back to their original spots or put them up for adoption,” said Liew.

“We cannot keep them for long as it will become an animal shelter and defeat the purpose of the entire programme,” she said.

Liew said that some feeders, out of kindness, were unwittingly contributing to the problem when they fed stray animals in an area.

“When you have a food source without neutering the animals, they have a stable environment to breed,” she explained.

She said a pair of unneutered male and female dogs on the street, if left unspayed, could produce up to 67,000 offspring within six years.

“Spaying and neutering were still the best methods of population control,” she added.

Tan explained that animals, especially dogs, were territorial and would guard the area it had made its home.

“If they cannot breed, there are no worries of number of stray animals increasing,” he said.

“Whereas if councils come to trap the strays, it creates a vacuum effect. New animals will come in and since these are able to breed, there will be more and more of them, and the cycle continues,” he said.

On the concerns among local residents or workers that these strays might attack people, Tan said animals rarely attacked unless provoked.

He added that neutered animals tend to be less aggressive than non-neutered ones, as they would not fight over mates or territory.

Tan said the programme would not be a success if the council did not stop catching strays.

As such, the group is hoping to present a petition appealing to Kuala Lumpur City Hall (DBKL) not to catch snipped-ear dogs and cats.

The petition has been signed by 2,169 members of the public.

“The process to put down strays by euthanasia is costly. Local councils can channel these funds into building proper shelters for our local strays, like they do in Germany.

“If we cannot release them back to their original spots, there should be a designated shelter for them to go,” said Tan, adding that this method coupled with TNRM’s programme would help decrease the stray population in the long run in a humane way.

“For many parties, the fastest and most effective way to get rid of the stray problem is to kill,” he said.

“Who created the stray problem? Human beings. There were no strays in the beginning.

“It is unfair to decide that they should die just because we think they might be harmful.

“Animals are more helpless than us, so we should be protecting them.

“Strays have a hard life; they often suffer from abuse and diseases, are injured from being run over by vehicles and have to scrounge for food. We should put a stop to that,” he said.

Tan also chided irresponsible pet owners for being part of the problem.

“Some pet owners can be very ignorant. They do not even know that female dogs can be spayed,” he said, adding that public awareness was still low.

“This concept will take time. We are appealing for the public and councils to give stray animals a chance to live,” said Tan. 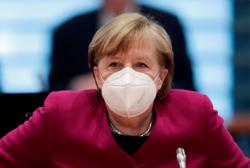