Several tables featured comission artists who, for a fee, could do up artwork in various formats and media, during AniManGaki 2014.

AS FAMED anime production house Studio Ghibli goes on its hiatus, fans of Japanese animator Hayao Miyazaki turned up at Nozomi Animation’s booth, the Malaysian distributor for his work, at AniManGaki 2014 for a last hurrah. 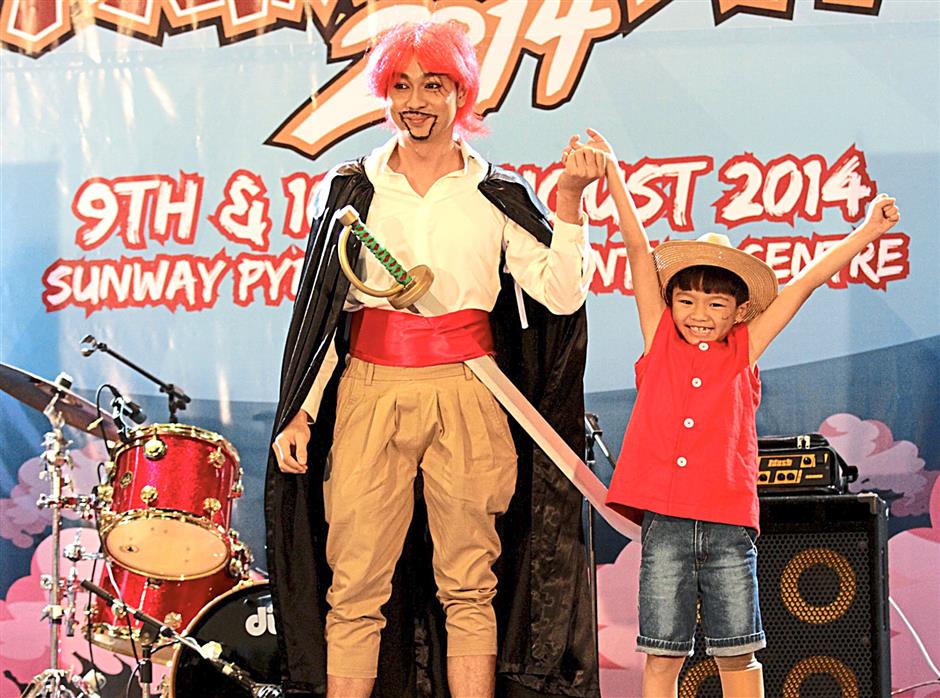 [ A re-enactment of Red-Haired Shanks and Monkey D. Luffy for a video short. ]

Feature films such as My Neighbour Totoro, Spirited Away and Princess Mononoke were the introductory films to Miyazaki’s work for many of the fans interviewed by StarMetro.

College students Angelia Lim, 21 and Chaw Min Wei, 22, said they were surprised at first when they heard Studio Ghibli was going on a hiatus.

“Spirited Away got me hooked on watching the rest of his work as a teenager and I eventually collected all his other anime,” said Lim.

“I am just her roommate, so I borrowed the films from her to watch,” said Chaw while laughing.

Aside from collectors’ editions, with special boxes for DVDs of Miyazaki’s work, there were also items such as stuffed toys of crowd favourites, including Totoro, for sale.

Graphic design student Aaron Lee, 22, who was seated at a long table with other artists sketching commissioned art, said he enjoyed little details in Miyazaki’s films, such as the characters’ facial expressions and movements.

“Of course Spirited Away was his greatest hit and that got me watching his older films,” said Lee.

He added that watching both Miya-zaki’s feature films and shorts gave him impetus in trying to define his own artistic style when sketching.

“His last film The Wind Rises was something of a surprise for me because it’s more real world-like, compared with his earlier works which are more fantastical,” Lee said, adding that the voice-acting by the main characters in the last film was also enjoyable.

For all three, the lyrics and songs in the Ghibli films were also intensely moving and heartwarming.

In addition to Studio Ghibli, there was a host of other attractions during the two-day Animangaki 2014 convention, having completed its sixth gathering since 2009. 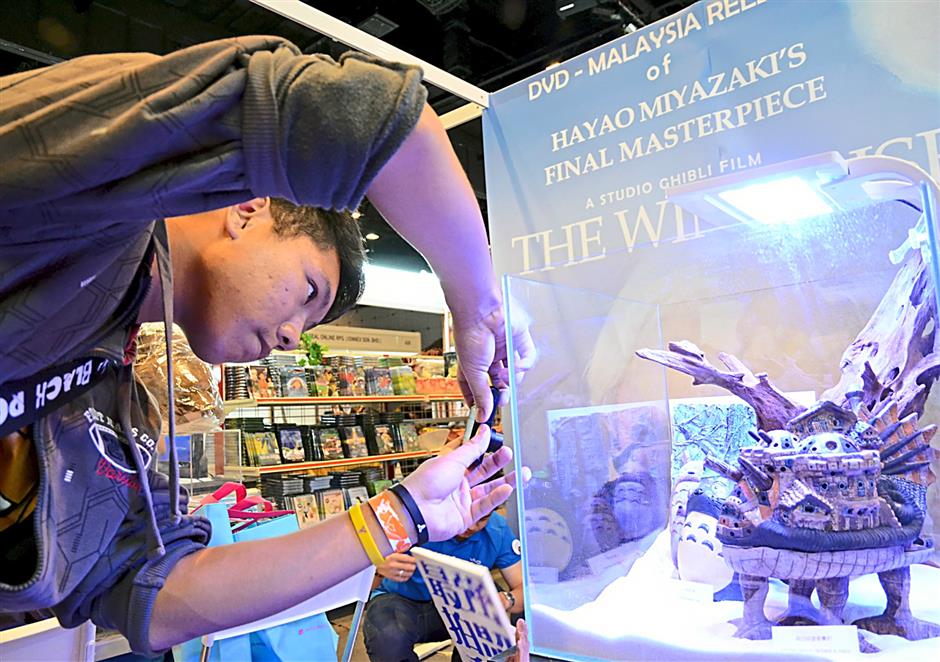 [ A visitor to AniManGaki 2014 taking a picture of various dioramas depicting Miyazaki's works. ]

A table display running the length of the convention hall caught many a visitor’s eye, stuffed as it was with Marvel and DC heroes, Kamen Riders, Robotech/Macross Valkyries and even a tableau featuring Games Workshop tabletop gaming figures. On stage, there was even an ‘Ani-ManGaki Idol’ singing competition, as well as dance performances and the requisite best cosplaying contest. 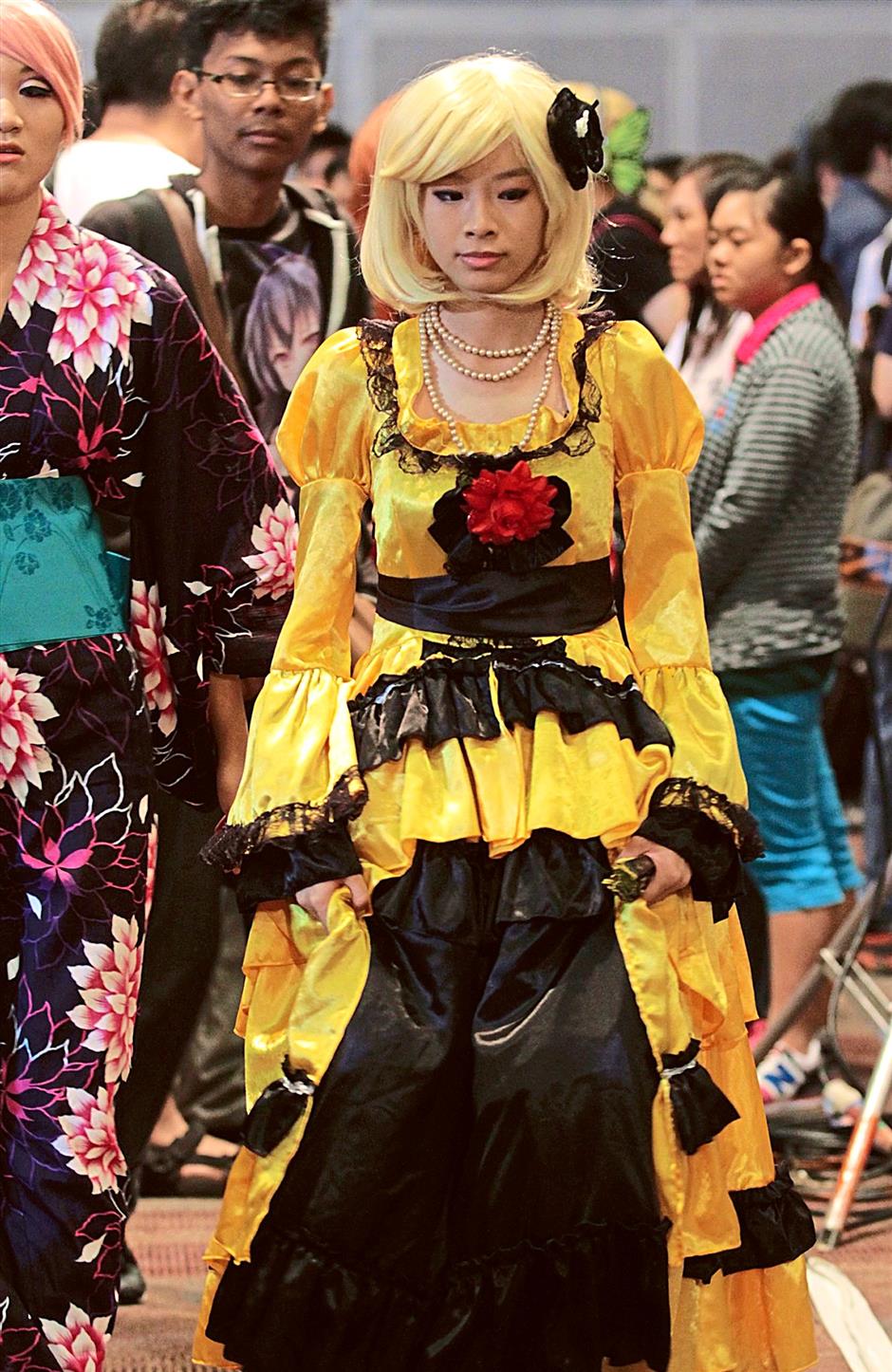 [ A cosplay participant at the AniManGaki 2014.]

For Star Wars fan Sami Sukit, 35, who came cosplaying as a Jedi with his nine-year-old daughter Dahlia Alyssa Sami Sukir, it took an average of two to three months to come up with a new costume or Star Wars weapon, such as a new blaster. 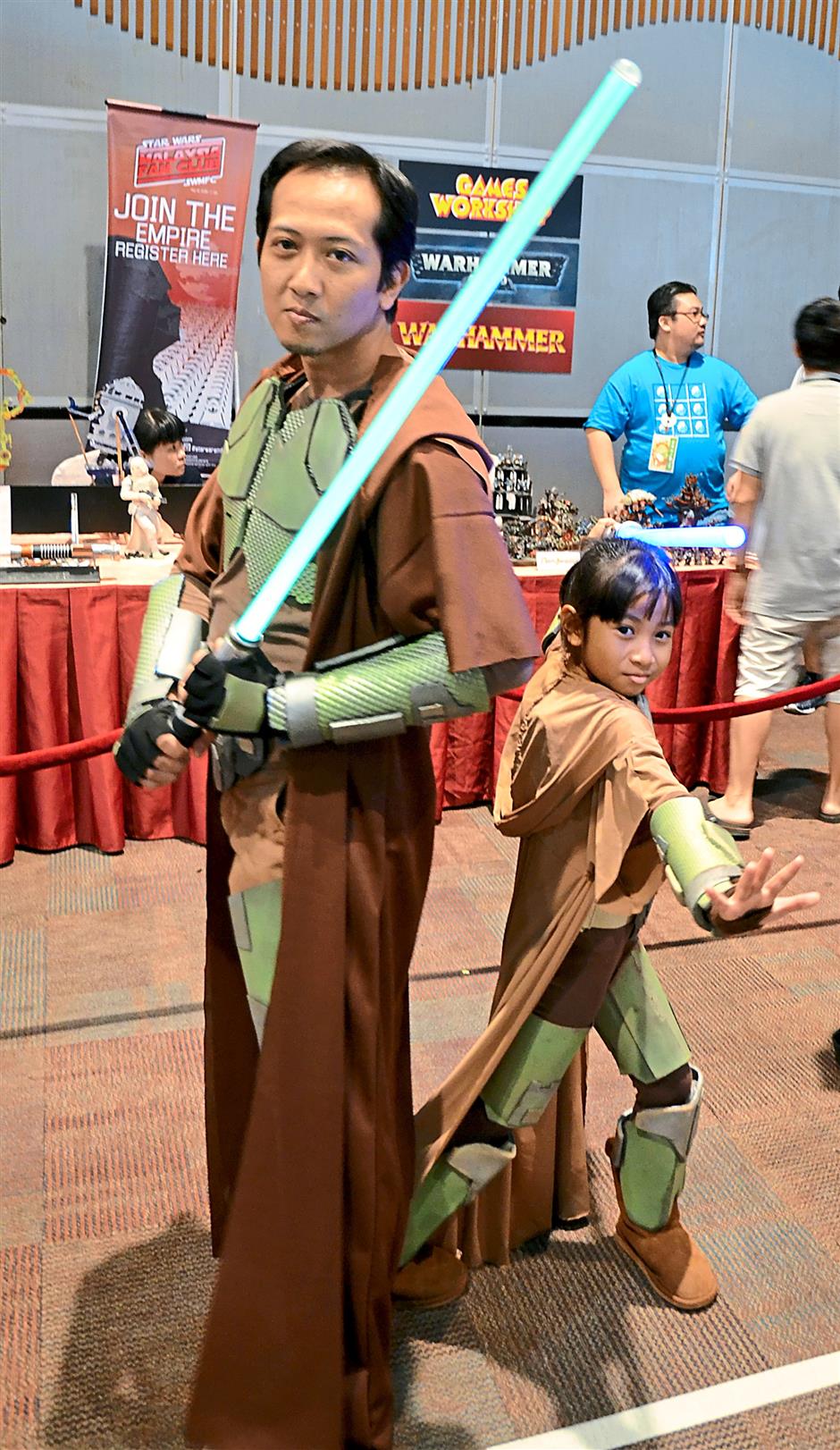 [ Sami (left) and his daughter Dahlia Alyssa posing for the camera in a curious mix of armour and brown Jedi robes.]

“Well, my wife is supportive and she even sewed our Jedi robes for us,” said Sami, who began cosplaying Star Wars characters since last year and has participated in several cosplay competitions.