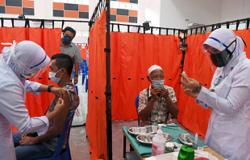 Once a famed international tourist spot, The Gap Resthouse is now in a dilapidated state and waiting to be restored.

ONCE a favourite spot for nature lovers, The Gap Resthouse near Fraser’s Hill is now in a dilapidated state.

The caretakers were asked to vacate seven years ago as there were plans to refurbish the resthouse, which is owned by the Selangor government.

The refurbishment started in 2008. The Federal Government had allocated RM500,000 via Tourism Malaysia for the project, but work stalled when the funds fell short.

There are plans to revive the project and bring back the glory days of this heritage building, but a big injection of cash is needed.

According to Kuala Kubu Baru assemblyman Lee Kee Hiong, the state government had said the money allocated was not enough to refurbish the entire property.

“This was in response to a written question I submitted during the state assembly sitting last November.

Due to the lack of funds, the state government then decided to offer an open tender last year for remedial work,” she added.

It has been one year but no one has responded to the tender offer. A room in The Gap Resthouse taken in 2012. The place is even more dilapidated now.


Lee had also tried to interest possible investors in the project but has so far been unsuccessful.

The Hulu Selangor District Council (MDHS) has also been working to revive The Gap and at the helm is town planner Azlina Mokhtar.

She said the council had repaired and maintained the property but the refurbishment costs would still be up to the state.

The building’s origin dates back to the early 20th century and the spot was a popular area when people had to wait for the gates to open for traffic headed up to Fraser’s Hill.

Previously, there was only one narrow road leading up and down the hill resort, forcing cars to wait at The Gap for their turn.

“The Gap was definitely well-utilised and was also used as a training centre by several government departments and agencies,” Azlina said.

However, there are doubts if a newly-restored resthouse will be as popular as before.

“The signal system for the one-way road is no longer used, thanks to the opening of another route to travel down from Fraser’s Hill, as such I am not sure if people will still visit The Gap,” said Azlina.

“Many are eager to experience the warm and inviting rooms of The Gap.

“People used to enjoy the atmosphere back then, we used to have the best meals while admiring the natural greenery around us,” he said.

He added that he used to bring bird watchers as well as honeymooners looking for a quiet place.

Durai said after the place was shut down for refurbishment, former guests who returned wanting to relive their happy memories were disappointed to find the building in a dilapidated state.

“It is sad to see people come back with their children hoping to stay in their honeymoon hotel, only to find it in ruins,” he said.

The place, he added, was once owned by the British government, before it was handed over to MDHS.

The steady stream of tourists provided job opportunities for those living in the vicinity.

According to Durai, a family was believed to have been running the resthouse with a small number of staff.

Among the employees was engine driver C. Samykannu, who passed away in 1995, who worked for 30 years at The Gap.

His wife M. Dhanaletchumy said she remembers the place during its glory days.

“It was always brimming with people and there was a beautiful garden. My husband was in charge of the generator because there was no electricity supply,” she said.

She added there were many people eager to work at The Gap and believes that its reopening will bring a much needed boost to this sleepy hollow.

A nature lover, Antares Maitreya visited the Gap resthouse in 2005 just before the “disaster” struck as he terms the closure.

“Mr Sua and his family (the caretakers) were still there but they told me their application to renew their contract had been rejected by MDHS. There was nothing they could do but start again elsewhere.”

He believes Sua had inherited the job of caretaker from his father and perhaps even his grandfather.

“They loved the place, grew their own vegetables in the garden and were proud to maintain a century-old tradition of service and hospitality,” he added. 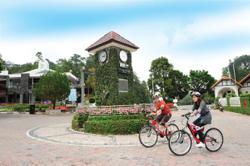 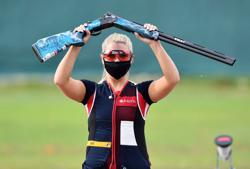