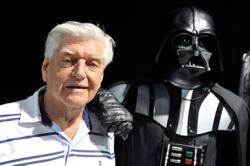 STUDENTS on a Balai Seni Visual-organised art camp had a taste of “fusion wayang kulit”, where instead of the traditional epics, it was the futuristic Star Wars Episode IV: A New Hope story that played out on the screen.

Although the show was part of a workshop for the art camp’s wayang kulit segment, members of the public were also invited to watch the preview, which even had the signature Star Wars scrolling-script introduction.

Titled Peperangan Bintang, puppeteer Muhammad Dain Othman (popularly known as Pak Dain) employed the puppets of the Skywalker twins, C-3PO and, of course, Darth Vader to re-enact the early parts of the movie, right until the scene where Tantive IV and Leia were captured by Vader.

Getting this far was not without its challenges for the brains behind this project — Tintoy Chuo and his friend, Teh Take Huat.

“When we started on this project, we had no reference,” said Chuo, explaining that they initially designed the characters based on the Javanese style. That is, until Chuo went to the Kraftangan Malaysia library in Jalan Conlay in Kuala Lumpur and obtained a book containing the correct visual references for designing Kelantanese-style puppets.

He later realised that the visuals in the book he was referencing all came from Pak Dain’s puppet collection.

“It took some time to get Pak Dain on board for our project.

“Most of the time he was the one asking us questions, to make sure our work stayed true to Kelantanese-style wayang kulit,” said Chuo.

Initially, Pak Dain had only a faint idea of the Star Wars franchise and its core movies. “I knew what Star Wars was, but not the exact story, so Chuo lent me DVDs to watch and understand the whole story,” said Pak Dain.

The music for Peperangan Bintang is mostly traditional.

“There is music which is unique to certain characters, there are upbeat tunes for happy scenes and music to accompany fight scenes,” said Pak Dain.

But Darth Vader without his “Imperial March” leitmotif would just seem strange, and one can hear the serunai playing the lead melody in repeat whenever Sangkalah Vedeh makes his appearance.

The reception for Peperangan Bintang thus far has been overwhelmingly positive, said Chuo.

He and Pak Dain hope this project will help breathe new hope into the fading art of wayang kulit. 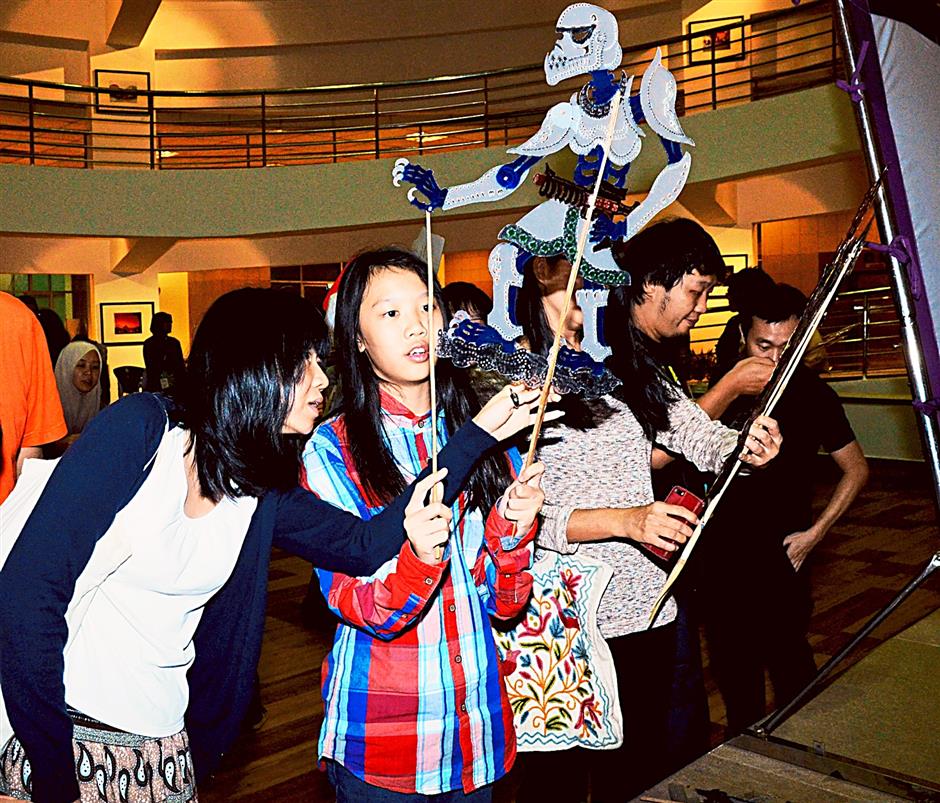 Fans gather excitedly around the stage to get a closer look at the modern characters done up in classic Kelantanese- style wayang kulit.

“At times, we felt like giving up because of the amount of work and how far we still have to go, but the response we have been getting from earlier previews are motivating us on,” said Chuo.

He said the team was in the midst of storyboarding and fleshing out the script for the rest of Episode IV. It is also sourcing for funding.

“We are paying out of our own pockets at the moment,” said Chuo.

Hisyam Amir, who caught the show at the art camp, said using wayang kulit as a medium to tell the story of “a galaxy far, far away” was quite an amazing feat.

“It is interesting that they managed to translate A New Hope into something simple enough to stage,” said Hisyam.

Another member of the audience, Wong Ming Ooi, said he came out of curiosity after hearing about the preview from his friends in the Star Wars Malaysia Fan Club.

“I think it is amazing that they translated the script and took the trouble to cut out and colour all the figures that the tok dalang (puppet master) used just now. I do hope they manage to finish Episode IV at least,” said Wong.