Cheang, the oldest contestant at age 35 does The Flag in between rounds.

WHAT does it mean to be tough?

This amazing feat was performed with nothing more than a harness strapped onto Alfiyan’s massive shoulders and using his amazing strength.

This move kickstarted the “Are You Tough Enough?” challenge for KIX HD, the action channel on Astro.

To ensure KIX HD and Astro’s month-long search for the 10 toughest Malaysians would bear fruit, an army of fitness trainers who called themselves the “Tough Troopers” were deployed all over Klang Valley’s fitness centres to challenge aspiring “gladiators” in a series of mentally challenging as well as physically demanding activities.

One would assume these successful candidates would be muscular hulks, as tall as towers.

When asked to define “tough”, Jared, whose main goal was to break stereotypes youth remarked: “A champion is someone who gets up when he can’t”.

In fulfilling his original goal to gain audience engagement for what could be the start of a series of “Are You Tough Enough?” reality shows on KIX HD, Celestial Tiger Entertainment (Hong Kong) marketing senior vice-president Andy Chang remarked there was a lesson to be learned.

“Being tough is not about having a six-pack. That’s just the physical part. It’s also about spirit and mental perseverance, in moments when you are pushed into making a decision to hang on or give up. In the end, being tough is in the mind,” said Chang, who revealed that the showdown would be scheduled to air over the action channel sometime this month.

Fitness First assistant manager Chu Ai Sean, 28, revealed that she almost gave up in the tractor tyre lifting stage, one of the six-stage obstacle course during the final showdown. 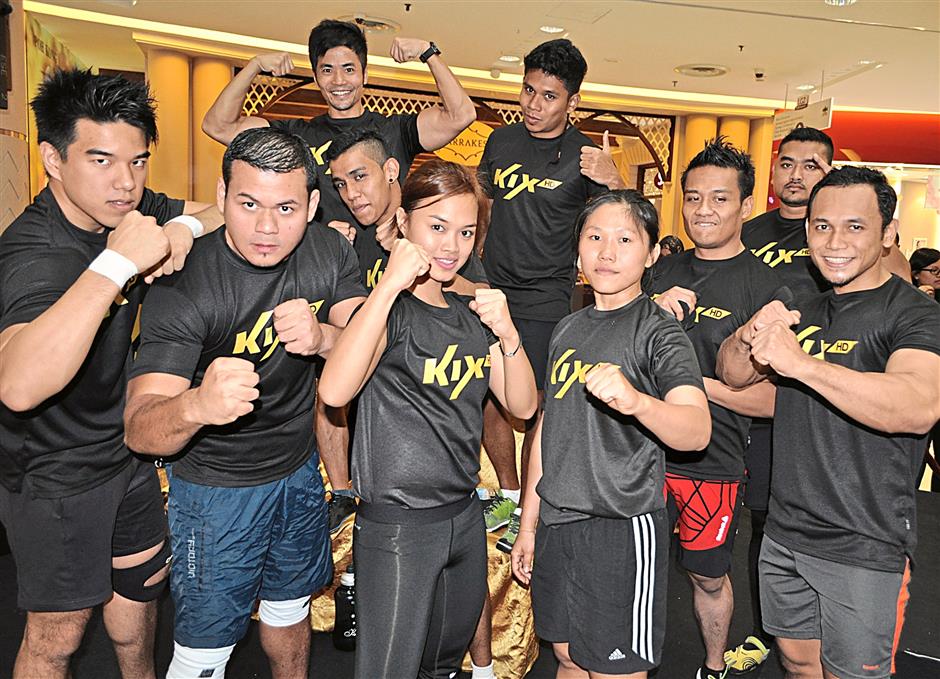 The contestants of KIX HD’s Are You Tough Enough? challenge.

Crediting audience encouragement for spurring her to hang on, Chu also gained strength for the final push by invoking the memory of her softball coach whose mantra was “Always push yourself to the max so you can walk away without regrets”.

Computer programmer Hairull Al-Rashid, 29, who once tipped the scales at 122kg, was not even supposed to be competing in the first place.

Hairull had just recovered from a shoulder ligament operation and was due for an MRI to assess a slipped disc condition. However, being sore did not seem like a good enough excuse for the father-of-two to bow out.

“The pain I feel today will be the strength I feel tomorrow,” he said.

Even Cupid played a part in the battle for Malaysia’s toughest. Financial consultant Shah Badlishah, 23, joined the contest as the RM30,000 grand prize would help in her wedding preparations next year.

However, she only won a consolation prize. But she left a message of inspiration. “Being healthy and fit is my passion. I want to be a role model for Malaysian women,”

“Being tough may be in the mind, but the body has to be fit.

“So, being tough is also about staying fit,” she said.