Miss Universe Malaysia 2013 shows off gown for competition in Moscow MISS Universe Malaysia 2013 Carey Ng recently unveiled the RM1.1mil pearl evening gown which will be worn at the Miss Universe 2013 competition in Moscow, Russia on Nov 9.

The white gown, embellished with pearls, was made in collaboration with local designer Alia Bastamam, and complemented with accessories from Rafflesia Pearl.

The 23-year-old Miss Universe Malaysia 2013 from Kuala Lumpur showed off the gown at a press conference at ParkRoyal Hotel recently.

“This gown you see today is not the one Ng will be wearing as there is another gown which will only be unveiled live on Nov 9,” said Miss Universe Malaysia mentor and pageant adviser Elaine Daly.

She explained that the gown would be worn for other occasions and events during the Miss Universe 2013 contest. 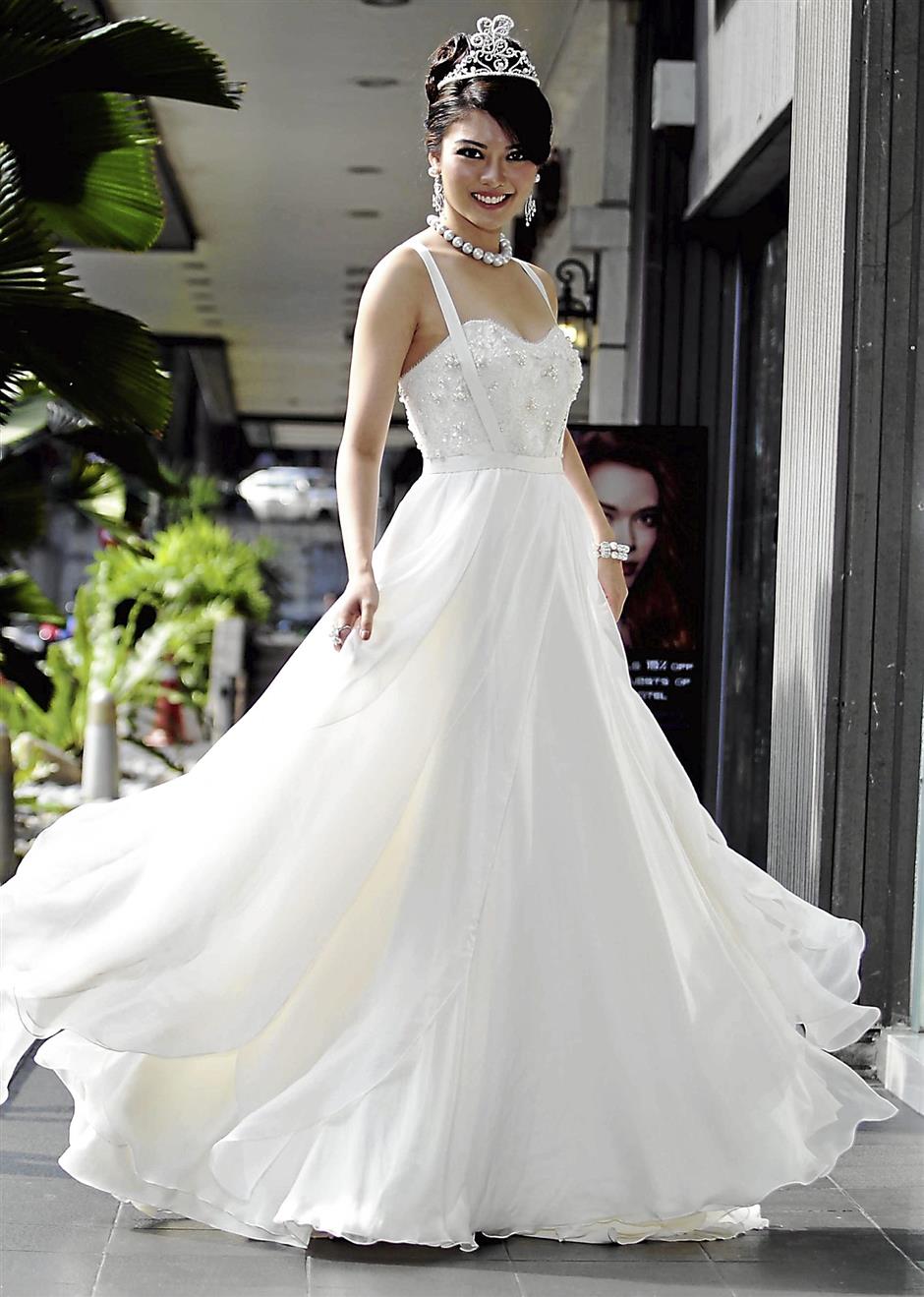 Simply feminine: Ng dressed in the gown created by Alia. The latter says she created a dress that will
reflect Ng’s personality.

It may also be worn some time during the competition.

“This gown worn today is the back-up to the secret gown,” she added.

Speaking at the press conference, Alia explained that the white gown was inspired and designed to suit Ng’s personality and looks.

“I wanted to create something that would not outshine her beauty and, at the same time, reflect the person she is,” she said.

Alia added that Ng was easy-going and not too fussy and as such made the dress as simple as possible.

“Though simple, the dress shows off a bit of skin and legs,” she said.

Rafflesia The Pearl Centre director Winnie Sin said: “Blending sophistication and style is a careful balance, and we believe we have achieved this,” she said.

Meanwhile, Ng said she liked to be comfortable with what she was wearing.

“I have to be aware of my strengths and assets,” she said, adding that she would do whatever it takes to stand out, even looking into small details that would matter during the competition.

Russian ambassador to Malaysia, Lyudmila G. Vorobyeva, was also present at the press conference, to show support for Malaysia’s participation on an international platform.

She expressed hope that the relationship between both countries would continue to grow stronger. 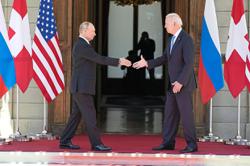