Doing their bit for the poor

DOING good and its everlasting effect on the soul was evident during a recent outing by a group of volunteers to help refurbish the homes for two orang asli families in Batu 23, Kampung Orang Asli Paya Lebar, Sungai Lui, Hulu Langat.

The house belonging to Awi and his family literally stood bare under the hot sun, with the structures in need of bricks and cement, while Rafidi’s home required an extension of about 100 metres.

The Good Day Out event, an effort under Do Good. Volunteer, was organised in collaboration with the Habitat for Humanity Malaysia, a non-governmental organisation that addresses the issue of housing for the poor.

The day started with a briefing on safety measures by Habitat programme coordinator Joanne Sim, followed by a session by construction coordinator Narazura Rahmat on what was required for both houses and the targets to be achieved. 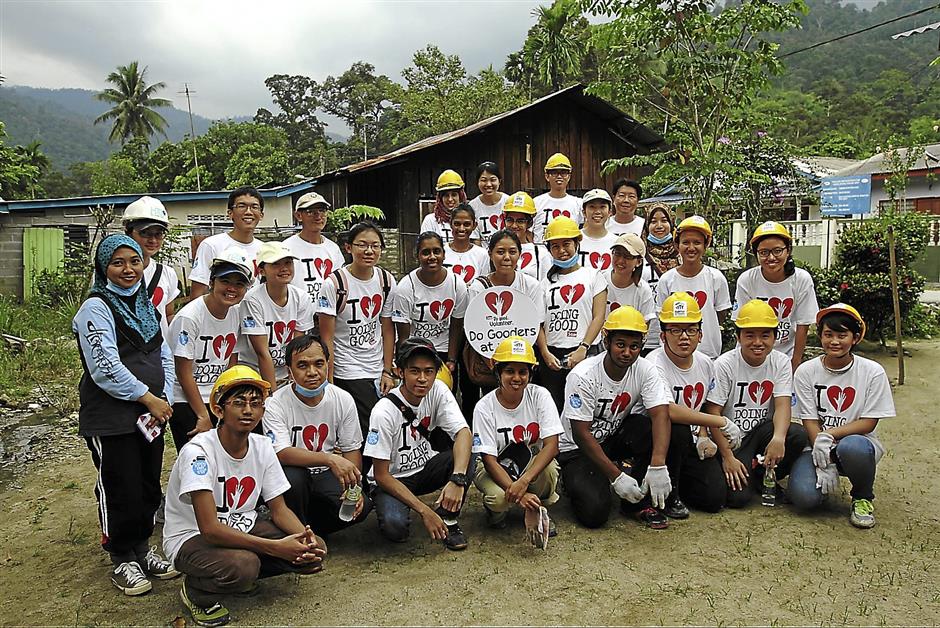 The do-gooders celebrating the fruits of their labour at the end of the day.

The foundation and main structure had already been completed for Awi’s house, which now required brick walls and door frames. But it was the walls that had to be built by the end of the day.

The target for Rafidi’s home, on the other hand, was to extend the boundaries to accomodate a kitchen area and a bathroom.

Working on Rafidi’s home were final-year medical students Gerard Sebastien and Albert Ling, who were out for a fulfilling experience before the year gets tougher for them.

“We are here for the experience of helping those in need,” said Sebastien.

For Kenny Ng, 53, who works in a bank in Kuala Lumpur, his decision to become a volunteer is motivated by his experiences.

“After seeing so many homeless people in the past, I felt compelled to come out and be part of the team working here today.”

Another returning volunteer was 43-year-old property agent Eddie Wong, who said, “I wanted to give back to the community by doing some charity work and this is my third time back”.

The female volunteers showed equal enthusiasm, as demonstrated by Crystal Ong and her friend Belquzrin Taufik, both 24, who were tasked with laying the bricks for the walls.

“We always wanted to become volunteers to make a difference, that is why we are here” said Ong.

However, it was not just the Malaysians who were eager to make a difference.

For 26-year-old foreigner Rawan Al Maki, who is an MBA student, his friends were his inspiration.

“I have seen some of my friends post pictures on the Internet of themselves volunteering, and this motivated me.”

By the end of the day, much of the work was done, although the targets were not completely achieved.

But what was most fulfilling for the 28 volunteers was to see the smiles on the faces of the orang asli families, who were thankful for the help provided.