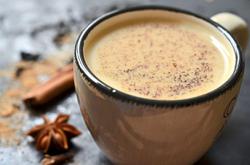 MALAYSIAN cinema-goers who love coffee now have reason to be happy thanks to Drinklink Sdn Bhd’s partnership with Golden Screen Cinemas (GSC).

La Kaffa International is positive that the partnership between Drinklink and GSC will be mutually beneficial, and is looking to expand its brand presence through franchisee opportunities.

“La Kaffa is a global brand that not only appeals to the Chinese demographic, but to all races and age groups,” said Drinklink managing director Chua Chiong Heng, who secured the Malaysian franchise for La Kaffa some eight months ago.

“Most movie-goers spend a minimum of 120 minutes in a cold hall and a hot drink is what they crave. Our partnership with GSC was a natural move,” he explained.

Cinema operator, GSC, boasts a total of 220 screens in 26 locations.

The partnership will enable the GSC cineplex in 1Utama to provide its patrons a complete range of beverages.

“We realised that we lacked good coffee at our cinemas and we wanted to give our customers a good alternative to our range of soft drinks,” said GSC general manager Irving Chee.

“Glitters Cafe 1Utama was a pilot project initiated to gauge the interest of movie-goers, and so far, the response has been encouraging,” said Chee, who added that there could be a possibility of other La Kaffa Cafes in future GSC sites.

According to Chua, on average, the La Kaffa outlet in Glitters Cafe sells between 200 and 300 cups of beverages a day since it was opened some two months ago.

La Kaffa International was founded in Taiwan in 2004 by Henry Wang.

After travelling the world to sample different cuisines, he decided to return home to open his own cafe — La Kaffa Cafe.

“Malaysia is a very positive market for us,” said Wang. “It is our third largest market (after Hong Kong and Taiwan) and we foresee this market growing exponentially,” Wang said.

With La Kaffa Coffee, the company now has three brands run by franchisees in Malaysia, the other two being Chatime and ZenQ, which serves Taiwanese desserts.

As with the current trend in adding toppings in to beverages its Iced Coffee concoctions comes with a variety of additions. These include “pearls”, coffee jelly, rainbow jelly, pudding and red beans.

One of the more unusual La Kaffa Coffee offerings is its Sea Salt Coffee.

“Unlike other beverages, coffee will never go out of style. We believe in the Starbucks model as the company has had so many ups and downs, and we encourage those interested in La Kaffa Coffee to approach us for franchise opportunities,” said Chua. 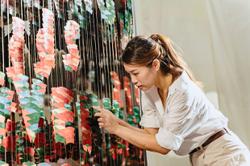 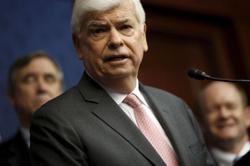