Caning strikes fear for a purpose

True to the saying ‘spare the rod and spoil the child’, children these days are a pampered lot. Many of the younger generation have never experienced true discipline but instead grow up living with a disillusioned perspective that a little punishment for wrongdoing is considered ‘abuse’ and ‘against human rights’.

TO cane or not to cane? That is the question.

Over the past week or so, there has been quite a hullabaloo in the media over a student who went home bearing the marks of a caning meted out to him by a teacher.

Because of this “publicity”, some parties liken caning in schools to corporal punishment that goes against human rights.

Back in those days, caning in schools was never an issue. To many of us who are now above the age of 35, caning was part and parcel of schooling.

It was understood and accepted that if pupils misbehaved, did not do or complete their homework or broke school rules, they could expect being caned as a punishment which somehow was effective in improving their performance or attitude.

I believe that many of us too, were caned during our school days, including myself.

The caning experience made us better people in the long run. There was no malice or hatred when the teachers then meted out caning (or as people call it today, corporal punishment).

It was done because the teachers cared enough to discipline the students.

Back then, before or after the caning, the teachers would give us a pep talk to ensure that we understood why we were being punished.

There were rarely cases of parents rushing to the schools to give teachers a tongue-lashing or threaten them with lawsuits.

They did not bring in social activists, lawyers, politicians and the media to create a fuss over their children being caned.

On the contrary, when our parents found out we had been punished in school for being naughty, they would tell us “Very good! Serves you right!” or “Ah! Who ask you! Good lah!”

Sometimes they went the extra mile to thank the disciplinary teacher or school principal for caning us. I remember my dad coming to the school one morning in 1969 when I was in primary five over two cane marks on my left palm.

My class teacher had caned me for getting only 15 marks for arithmetic in my second term examination. Dad felt the teacher should have given me more strokes of the cane and I heard him telling her that she was at liberty to whack me if I failed again.

For most of us, we would have additional punishment (sort of like a “bonus”, to go along with the caning we got in school) at home.

There were times we would fear the “bonus” waiting at home even more than the caning in school and we would try and hide, as much as we could from letting our parents know that we had been caned by the teachers.

Some of us would even reminisce the good old days of walking into the school principal’s or disciplinary teacher’s offices and being given a choice of the rotan or wooden stick to pick from. One school principal I know off had a range of canes — from the thinnest to the stoutest, lined up nicely and displayed on the wall of his office.

Punishment back then was not just limited to caning. Oh yes, the principals and disciplinary teachers were quite innovative back then.

There was the duck-walk several times around the school field in the blistering heat. Let’s not forget having to cross our arms, pull on our ears and do squats at the same time. Or simply, standing on one leg for half an hour. These were all carried out publicly for the whole school population to see.

A friend who was quite a mischievous character when he was young told of how he was so naughty, till one day his teacher made him hug the flag-pole in the blistering heat for the entire school period, after which he became a “really good boy”.

Till today, he thanks the teacher for that day under the sun and credits his success as an adult to the punishment he received.

Basically, those of us who were caned by teachers in the past are able to sit, relate our experiences and even laugh about those embarrassing punishments we endured.

True to the saying “spare the rod and spoil the child”, children these days are a pampered lot.

Many of the younger generation have never experienced true discipline that we once had but instead grow up living with a disillusioned perspective that a little punishment for wrongdoing is considered “abuse” and “against human rights”.

These days, with many human rights activists and self-proclaimed child experts, caning is seen as a big “no-no”.

They argue that caning (and even spanking your own child) will leave lifelong emotional scars on children.

If this was true, many of us here who had received a good caning while in school before would have grown up “violent”, emotionally disturbed and have a long list of violent experiences behind us.

But we grew up fine, rational and successful.

Of course, we draw a line between caning to discipline and reinforce, and plain abuse.

I do not deny that there are irresponsible and possibly, psychologically imbalanced teachers out there who vent out their frustrations and rage on students.

Take for example the case where a seven-year-old student in Perlis was beaten to death by a religious school teacher for stealing RM7 recently.

That was of course, stepping beyond the boundaries.

Even experts recommend that punishment such as spanking or caning be used selectively for clear, deliberate misbehaviour, and be administered only by those who are “capable” of carrying out such punishment.

The kind of caning that we used to get in the past which was meant to reinforce positive behaviour is different altogether and does not constitute abuse.

Perhaps to overcome this misconception about caning in this increasingly complex society, the Education Ministry should come up with guidelines for teachers who are assigned to carry out punishments, the extent of these punishments and the reasons for carrying them out.

Parents or guardians could even be briefed on these guidelines and be called to hear the rationale before a punishment is carried out.

Teachers who are responsible for meting out punishments would not cane a student if a wrongdoing was not the child’s fault, nor would they cane for even the slightest mistake made by the student.

These teachers would also tell the student why his behaviour was unbecoming and deserve a caning. Such teachers will find that they are able to get through to the student better, and thus reinforce positive behaviour.

To the naysayers, you cannot deny that caning works, when used within limits and with other disciplinary measures, as how it was done in the old days.

After all, if we were to compare discipline in schools back then and now, it is obvious that students these days are more daring and notorious than we were before, when caning was not such an emotional issue. 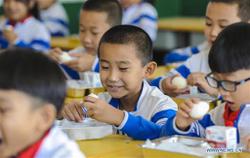 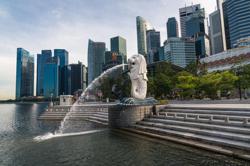