MALAYSIA will be out to maintain their 38 gold haul in the athletics programme of the Asean Para Games at the National Stadium in Bukit Jalil from Aug 15 to 19.

The Malaysian athletic team will comprise 81 participants – 51 men and 30 women.

According to chief coach R. Jeganathan, they will be happy to win the same number of gold medals as they did in the last Games in Korat, Thailand, last year.

“All the gold medal winners have been retained for this year’s Games. Most of them are training full time under a special programme. The National Sports Council (NSC) and National Sports Institute (NSI) have been giving the athletes a lot of support.

“Although the target is 38 golds, there is a strong possibility of the athletes winning more. I am basing my prediction on the intensive training programme,” Jeganathan said after a training session at the NSC Training Centre in Bukit Jalil.

The Malaysian Paralympic Council (MPC) had picked 25 athletes for a full-time training programme initiated on April 1. The others are training at their respective centres due to work commitments and studies.

Jeganathan, who was once the national middle and long distance coach, has been in charge of the Paralympic athletics team since 1999. In the last 10 years, he has seen Malaysians making steady progress in the international scene.

Mohd Raduan Emeari, who will be taking part in three events – 100m, 200m and long jump – was placed seventh in the Beijing Paralympics.

“He has been impressive in training and he should be able to win gold medals for Malaysia in his events. We also have several other promising athletes,” Jeganathan said.

However, the athletes have not had the advantage of competing in international meets this year. They were only active in the local circuit which has provided them opportunities to gauge their progress.

After the Asean Para Games, the Malaysian team will continue their training programme for next year’s Paralympics in the Asian Games in Guangzhou, China, the world championships in New Zealand and the London Olympics in 2012.

Jegathesan said a group of 15 juniors had been included in the Malaysian team.

“The juniors are our future. They should be groomed to take over from the seniors in the coming years. Our proposal was accepted by the NSC and the juniors are also training with the seasoned athletes. We are confident they will be able to mature with guidance from the coaches and senior athletes,’’ Jeganathan said. 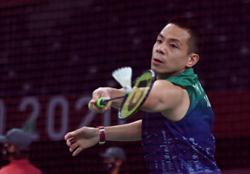 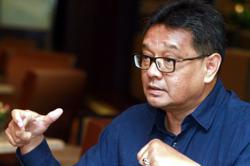